Exclusive: The Authors of ‘Five Feet Apart’ Dish About Their New Book 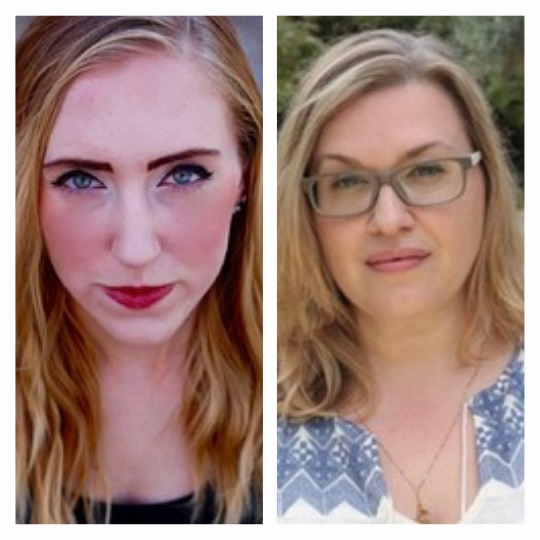 [Note from Frolic: Our resident YA expert Aurora got the opportunity to interview authors Mikki Daughtry and Rachael Lippincott and ask them five(ish) questions. Mikki and Rachel’s latest book, All This Time, hits shelves September 29!] 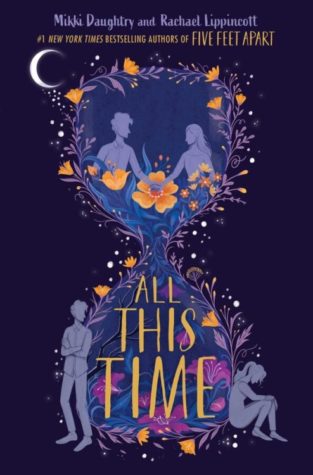 MIKKI: My stories all stem from the same place. I’ll get a nudge, a hint, or a whisper from a character trying to get my attention. So I listen, always, and I let myself disappear from this world and I go to my other world, the world that lives inside me. Then the characters will kind of… walk in, and they live their moment, or their scene, this thing they want me to see. I then build a story around that moment. The inspiration, I believe, is my characters’ gift to me. Crafting a fully realized story from that moment is my gift to them. For this story in particular, it was Kyle’s whisper I heard. But then he introduced me to Marley, and I realized that although this was Kyle’s story, it was about Marley.

RACHAEL: The idea for All This Time originated with Mikki, and has been a story that she’s wanted to tell for a number of years now. It was inspired by the power of true love, and two broken people connecting and understanding one another and finding the courage to heal and love and live together. At its core, it is about that connection, and the magic of that connection. A bit like a fairy tale!

RACHAEL: It’s hard for me to pick! I spent a lot of time in Kyle’s head, since it’s told from his point of view, but of all the character I’d have to say I relate most to Marley. Growing up, and even now, I used stories and reading and writing as a way to escape and make sense of the world and my feelings. I think we both find comfort and security in the fictional, especially when the real world feels a bit overwhelming.

MIKKI: I think so many people are searching right now for something to move them, to make them feel less isolated. Stories do that, and the best stories do that with characters who are so different from ourselves that we get to completely abandon who we are and dive headfirst into someone else’s life, someone else’s world.

RACHAEL: That’s an interesting question. Huh. I feel like I always try to write relatable and normal characters, so maybe I’m the wrong person to be answering this one!

I think maybe powerful and unique characters speak to people because, on one hand, they’re so different from us. It’s maybe a kind of escapism. You can live vicariously through these characters that are living completely different lives from you, and doing the things you maybe aren’t able to do, for whatever reason that may be. (Fear, never given the opportunity, can’t shoot lasers out of eyes, don’t have a pet dragon, wasn’t born in the 1920’s, WHO KNOWS!)

On the other hand, I think powerful and unique characters can just be regular, normal, relatable people that do extraordinary things. They are us. They’re the people we daydream about being ourselves, which is why we feel so drawn to their stories.

MIKKI: All good things, I hope. It’s an impossible love story about never giving up, even when everyone thinks you’re wrong. If you know you are right, NEVER… GIVE… UP.

RACHAEL: All This Time follows the story of Kyle, whose life completely upends the night of his high school graduation when he gets into a horrific car accident that leaves his girlfriend dead, and him with a brain injury. It’s about him processing that grief and pain, and finally feeling understood when he meets Marley, who is suffering from her own loss.

It asks the question; can you find true love after losing everything? And will everything come crumbling down again, just as it starts to be put back together?

MIKKI: The movie world is taking up a lot of my creative bandwidth for the moment (including the sequel to Dirty Dancing – eek!), but trust me when I say that my characters are teeming with moments they want me to hear. They’ll find their way to the page. We just have to be patient.

RACHAEL: Currently working on my third book! I can’t say too much about it as of now, but I’ve been having a lot of fun with it so far.

MIKKI: My favorite contemporary writer has to be Kazuo Ishiguro.  Remains of the Day is a quietly reflective masterpiece; I still haven’t recovered. And Never Let Me Go cracked me right in two and left me asking over and over again: what really makes a human? Is it a body? Or a soul? And can one exist without the other? I’m also desperately awaiting Klara and the Sun, his upcoming novel. The anticipation of having my heart shattered into a million more pieces, each etched with Ishiguro’s words, is almost too much to bear. But I will let it break, and I will be happy as I cry. What can I say? The man moves me.

RACHAEL: Nina LaCour. I love her writing style. I think there’s a difficult balance when writing; sometimes people write too much, and sometimes people write too little. Sometimes you border long-winded, and sometimes you never write enough to really paint the scene for the reader. When it comes to her writing, she’s able to write exactly what needs to be written. Nothing more and nothing less. It’s a gift!
Any writing advice for aspiring writers?

MIKKI: Sure. Don’t take shortcuts. Put in the time. Learn your craft. Do the hard work. That is the most honest way to honor the page, and the art. Then, when you’re out there earning your accolades, for Heaven’s sake try and stay humble. Remember that you can fall just as quickly as you rose. A solid foundation in your craft can mitigate complete disaster, but it can’t overcome being an asshole. Don’t be an asshole!

Try to write every day, even if it’s just a single sentence. Every word you write is either progress or practice!

Aurora Dominguez is a high school English teacher, college professor and journalist in South Florida. Her work has appeared in The Miami Herald, Where Magazine and J-14 Magazine, all places where she worked as a writer and editor before going from the newsroom to the classroom. Her favorite days are "Caturdays," which she spends with a good book, her husband, Sebastian, and her cat, Luna. Her motto when it comes to reading: "No book left behind!"
All Posts
PrevPreviousWeekend Podcast Guide: September 29!
NextNina LaCour: “We can be messy and flawed. We can make mistakes.”Next