Louise Allen was among my first Harlequin Historical authors I read when I started romance once again after having stopped in my twenties. And she has stood the test of time. Here’s a glimpse of her delicious new novel. –Keira

About The Earl’s Marriage Bargain:

After fending off ruffians with her parasol and hauling a battered man into her carriage, Jane Newnham finds herself unwittingly compromised with enigmatic Ivo Merton, Earl of Kendall. Jane always intended to become an artist, not a wife, and now she has no choice but to become betrothed. They strike a bargain that means she can continue to paint…but now Ivo has awakened another passion in her — to uncover his secrets.

They arrived at the Pelican in Speenhamland, near Newbury, at six o’clock without any excitements along the road and certainly without an encounter with a highwayman, romantic or otherwise.

The yard was bustling and their postilion drew up in one corner, giving Ivo space to hand Jane out into a gap between chaise and wall and away from disembarking passengers and the flurry of boys leading out changes of horse.

He held the door for her, at the same time looking around to scan the yard. ‘I cannot see anyone I know.’

‘Is it likely that you would, if you have been out of the country?’ Jane asked, giving him her hand and stooping to keep her bonnet brim from touching the top of the door. ‘Oh, we forgot the valuables.’

She twisted round, lifted the seat, extracted the bag and turned back, off balance, missing the top step.

The fall was inevitable, but as she tumbled, the bag gripped hard in one hand, she knew Ivo would catch her and he did, holding her secure with both hands around her waist, even as he gave an involuntary grunt of pain as she hit his injured shoulder.

‘I am sorry!’ She looked up as he bent his head and their lips brushed, a fleeting sensation of warmth and the alien flavour of another person. Back on her feet, she found she was staring up at him, panting slightly.

‘Are you hurt? Have you twisted your ankle?’

‘Then what is wrong?’

‘I have never been kissed before.’

‘That was not a kiss.’ His eyes seemed very dark, his voice deep.

‘No?’ Somehow, she could not make herself let go of his lapels. ‘Oh. How disappointing, I have always wondered what it was like.’

‘This is a kiss.’ Ivo bent his head, pressed his lips to hers and pulled her in close to him.

It was almost as quick as that fleeting, accidental brush, but it sent tingles down to her knees and into parts that no young lady should experience tingling in an inn yard. Ivo let her go abruptly, leaving her with an impression of strength, a clean spicy scent in her nostrils and the taste of him on her lips.

He licked my lips. Is he supposed to do that?

‘I trust that has satisfied your curiosity?’ Clearly, whatever it had done for her, it had not given Ivo any pleasure, judging by his exceedingly starchy tone.

‘Quite. Thank you. I must say, I cannot imagine what all the fuss is about.’ With a dismissive sniff Jane made a little show out of checking the bag of valuables and straightening her bonnet, and was fairly confident that she was not bright pink when they emerged from the shelter of the chaise to make their way to the inn door.

Ivo was clearly not in a mood to take any nonsense from the innkeeper who began by informing them that he had no private suites, then that he might possibly find one, but at a price that made Jane blink.

‘We are here for one night only,’ Ivo said crisply. ‘My sister is tired, we require a small, quiet, private sitting room and two adjacent bedchambers at a price that would not pay for their entire refitting in Bond Street style. I had heard that the Pelican was a superior establishment, but if mine is an unreasonable request, doubtless we can find adequate accommodation elsewhere.’

It was a tone Jane had not heard from him before. There was definitely an officer’s air of command in it, but there was also a quiet confidence that he had only to state a reasonable desire for it to be gratified. Given that his clothing was disreputable, his face was discolored with multiple bruises and he had not given name, rank or title, the confidence seemed to her to be mis-placed. It appeared she was wrong.

‘Just let me check, sir. The girl may have made an error…’ The innkeeper vanished into the Pelican and Ivo turned to glance back at Jane.

‘No wonder,’ she said as she saw his face.

‘That he fled to check. You look so grim he must have thought you would sack and pillage his fine establishment if he did not accommodate us.’

Ivo grunted and turned back. Probably his shoulder was hurting him, Jane thought. She could not imagine what else could have put him in such a bad mood. 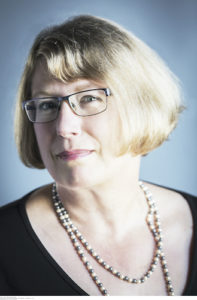 Louise Allen has been immersing herself in history for as long as she can remember. She finds landscapes and places that evoke powerful images of the past — Venice, Burgundy and the Greek islands are her favorite destinations. Louise lives on the Norfolk coast, and she spends her spare time gardening, researching family history and travelling in search of inspiration.

Where to Find Louise:

Keira Soleore writes for the International Examiner and Cogitations & Meditations. She enjoys connecting with readers on Twitter (@keirasoleore) and through her website (www.keirasoleore.com). Her interests include medieval manuscripts, philosophy, poetry, picture books, choir, sunshine and beaches. Keira is a pseudonym.
All Posts
PrevPreviousExclusive: Behind the Scenes of Netflix’s SWEET MAGNOLIAS
Next5 Things Our Editors Bought from Instagram Ads and Would Buy AgainNext