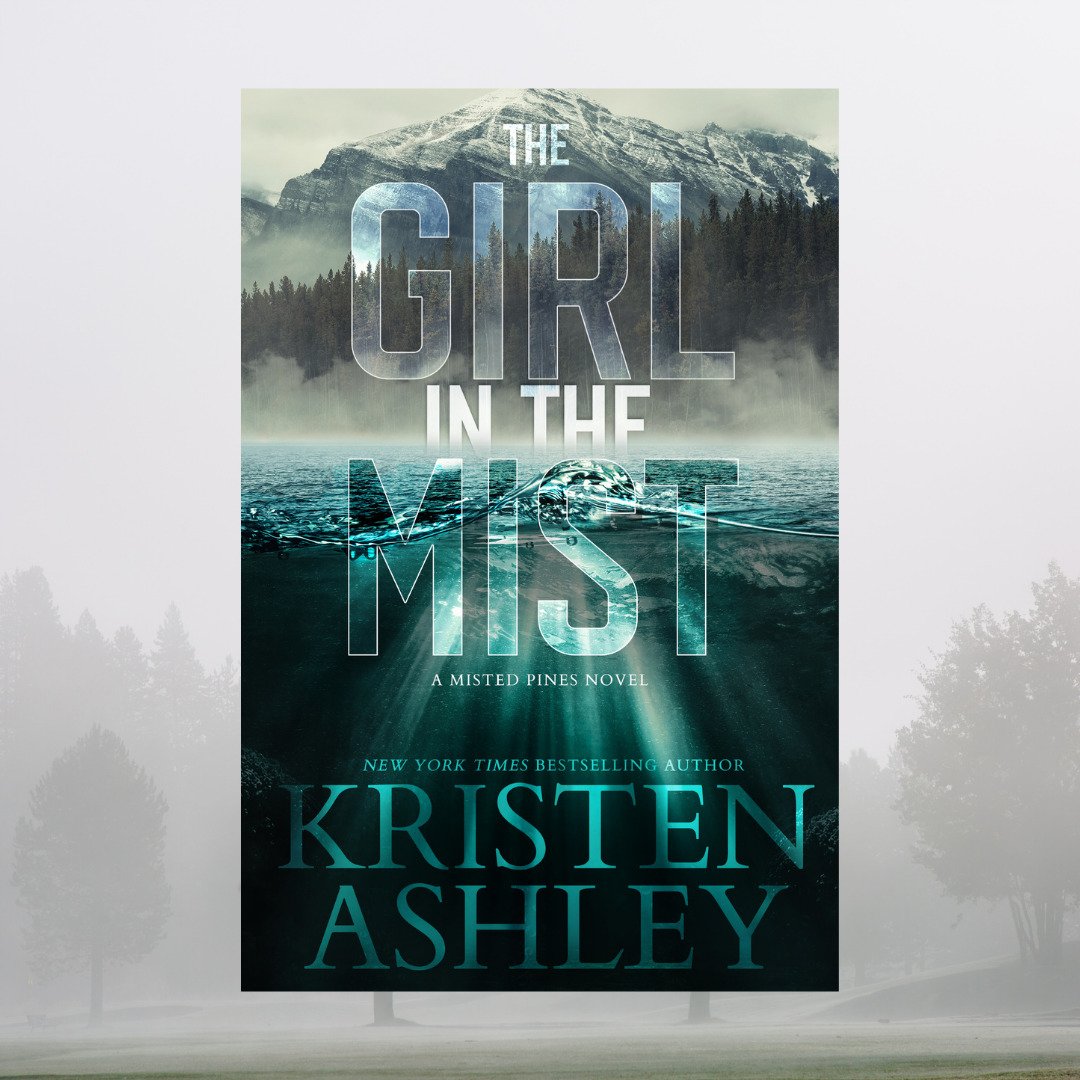 We are so excited to bring you this exclusive excerpt from The Girl in the Mist by Kristen Ashley! 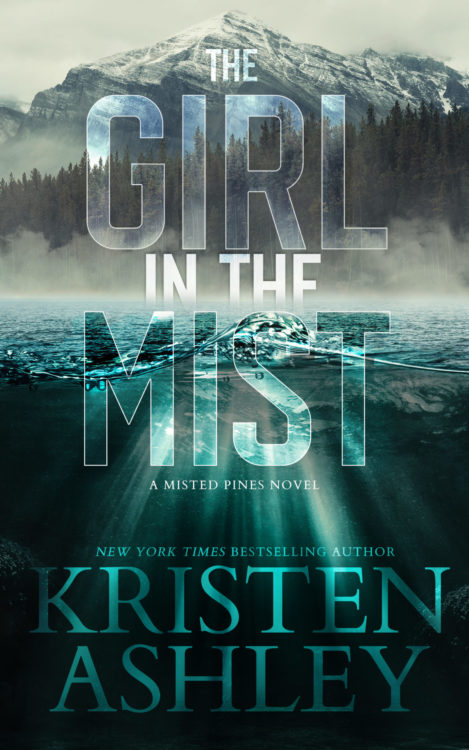 About The Girl in the Mist:

Renowned author Delphine Larue needs a haven. A crazed fan has gone over the deep end, and she’s not safe. Her security team has suggested a house by a lake. Secluded. Private. Far away. In a beautiful area of the Northwest close to the sleepy town of Misted Pines. It’s perfect. So perfect, Delphine has just moved in, and she’s thinking she’ll stay there forever.

Until she sees the girl in the mist.

After that, everything changes.

Delphine quickly learns that Misted Pines isn’t so sleepy. A little girl has gone missing, and the town is in the grips of terror and tragedy. The local sheriff isn’t up for the job. The citizens are up in arms. And as the case unfolds, the seedy underbelly of a quiet community is exposed, layer by layer.

But most importantly, girls are dying.

There seems to be only one man they trust to find out what’s happening.

There wasn’t time to do the renovations, outside the security system (obviously), but there was a list of vetted contractors who would take care of things.

This wasn’t an issue.

I could make do.

Down to what was in my car right then.

Stuff that I myself had been carrying into the house while the movers took care of the boxes and furniture.

No, there were other issues with that lake house.

Starting with why I’d had to buy it.

Okay, not had to. I could have rented something, like the others did.

But still, I had to be there instead of home.

On expert advice, which sounded a good deal like orders, we all had to take significant precautions.

We’d had years of this kind of thing, specifically me. So many years, and so much of it, we’d all become inured to it.

But when the situation required the attention of the FBI and they had been fully apprised, they were even less happy about what was going on…

Cue me leaving LA and being…

Which brought me to the next issue.

And no, it wasn’t that the closet was a mess and needed a custom one built, because yes, I was a diva. I’d earned that distinction and was proud of it. As I was proud that I’d worked hard and put up with a lot to earn my money.

I’d come up with nothing, from nothing.

Now I had nice things.

Quite a number of them.

And I did not apologize for that.

As such, I needed a nice closet in which to put my nice things.

I digress, which happened a lot when I thought about the state of my current closet.

Nor was the issue with the house that the kitchen was kind of a disaster (and it was, but for the time being I could work with it).

The bathrooms weren’t great either (really not great, and I’d be seeing to those…after the closet).

It was that the last owner died there.

Yes, he was old-ish, and what took him (I was told) was natural causes.

But he’d died there.

And I was discovering that put a stamp on the place.

The fact that the lake was huge and there were only four houses at my end of it, and two of them were seasonal rentals.

Not only did that add to the serenity of the place, it also meant the road outside my house, which dead-ended at the rental home about half a mile from me, would hold little traffic. And the traffic it held would need for me or the residents of the house down below to buzz them in the rather daunting gate, or they’d need the gate code, or they’d need the sensor attached to their windshield (like I now had).

In other words, in the current situation, all of that that was a big bonus for the house.

There was also the wooden path down to the lake that led to an expansive dock, on which I intended to put an outdoor rug and Adirondack chairs and attractive outdoor lights on the poles.

And then there was the boathouse, which was delightfully large. As such, it was also where I was going to store a beverage fridge and (way down the list) add a small kitchenette, a wee living area, a three-quarter bath, a bedroom, all of this for guests to have privacy.

Though, it must be said, it was for ease for me when I was spending time down there, and I didn’t want to walk all the way up to the house to grab a snack or a drink or use the bathroom.

Not to mention, there was the 2700 square-foot house that I’d started referring to as my Goldilocks house.

It wasn’t too small, wasn’t too big, but did have lots of character, great bones and was already pretty danged cool, even if it needed work.

I liked this house, this space so much, even when the situation was resolved, which would hopefully be soon—soon enough I didn’t need to get into massive renovations—but I couldn’t stop myself because I had this feeling, deep down, this was going to be my place.

Not like my cottage in Cornwall that I bought on a whim, because Cornwall was so gorgeous I had to have a nest there but rarely had time to get to it.

Not like my flat in Paris, which my daughters and their friends used far more than me.

Not like my cabin in the mountains of Montana that I was certain would be the perfect sanctuary to inspire creativity, but I’d used it only once before I realized I wasn’t going to get there often enough to make it worthwhile, so I’d sold it.

I had the feeling I was going to die in this lake house, like the man who owned it before me.

And my feelings about almost anything were rarely ever wrong.

I just hoped when that happened, it would be like him in more than one way.

In other words, after I’d lived out my life and it was time to make room in this world for others.

The last issue about the lake house was a new issue.

It was the issue I discovered less than a second ago, after the movers had put together my bed. After I’d hauled up the pillows and linens and comforter and blankets I’d carefully packed in my car so I could make the bed in order for it to be ready to fall into it later.

This was, obviously, after I unpacked my suitcases that I’d also brought in my car. Suitcases that held exactly enough clothes, underwear and pajamas for five days (my estimate as per my comprehensive unpacking plans of when I’d be settled into the house, which gave me time to tackle the “closet”—in quotes because it did have some shelves and rails and you could walk into it, but it was still dire).

It was also after I put away the not-limited toiletries I felt I’d need at hand because there’d be FBI presence for the next few days, and I was, definitely, me.

Because I was, I had to put the face on it.

Of course, I could choose not to, but my mask was my armor, and I’d learned long ago life was a daily battle.

You didn’t face it unprepared.

The cable people were coming, and the computer people too, and the contractors would be interviewed so I could decide which one from the list I wanted to work with, and all of this needed more than my oversight, the FBI would be watching.

They’d back off when I was settled (not entirely, but they had other things to do and other people to keep safe, and if anyone knew this was going on—and as a government agency, that might eventually happen—it wouldn’t look good for them that some famous woman was getting that kind of attention when I could afford to make myself safe).

In the end, that was what would happen.

Ongoing, it would be me taking care of things.

Or at least paying for it.

To that end, I’d contracted with Joe Callahan (approved by the FBI), and he’d set up the security system for the house, with permission from the owners of the property down below, patching into the impressive (Callahan’s estimation) system that was already there.

And for continuing security, he’d recommended an outfit led by a man named Hawk Delgado (who was very approved by the FBI).

I knew Callahan was the best of the best, everyone who was anyone did.

Delgado had that same reputation, albeit not as widespread, because not everyone needed his particular skill set.

What I read was that he was beyond impressive.

Part of that was that he listened. He understood my need for privacy, how deep that went, not only as a part of my character, but also my business.

I couldn’t have a bodyguard breathing down my neck.

He got that too and improvised.

In other words, on that score, I was good.

The new issue I’d noted was after I’d walked down the stairs from dealing with my bedroom.

I looked left, through the jumble of furniture and boxes, through the rear wall of windows and beyond, to the large deck at the back of the house.

And there she was.

Drifting through the late afternoon mist like the heroine from a David Lynch movie—dark-haired, willow-limbed, ethereal.

It was not because I had two grown daughters that my chest tightened, and my body listed toward the back doors with an urge to rush out and gather her to me, draw her into the house, and then spend however long it took for me to feel she was safe outside my care, hissing and spitting at anyone who came near her.

She seemed caught up in the vision of the mist rolling across the lake, mist that was encompassing her.

But then she suddenly turned, her eyes coming directly to me.

She lifted a hand so slowly toward her throat that the effort seemed to pain me.

She didn’t touch her throat. Her hand kept going and turning, palm my way, at the side of her neck.

It was a peculiar wave.

I then jumped at the abrupt movement when she dropped her arm then sprung through the trees, disappearing on her way down to the house below.

The only one on the lake that was like mine now was.

She’s a hybrid author, publishing titles both independently and traditionally, her books have been translated in fourteen languages and she’s sold over four million books.

Where Romance and Pop Culture Live Happily Ever After.
All Posts
PrevPreviousRing in the New Year with These Great Gay Romances by Jeff Adams and Will Knauss
NextWeekend Podcast Guide: Get Your Feels Here!Next