Exclusive: The Girl Next Door by Chelsea M. Cameron Excerpt 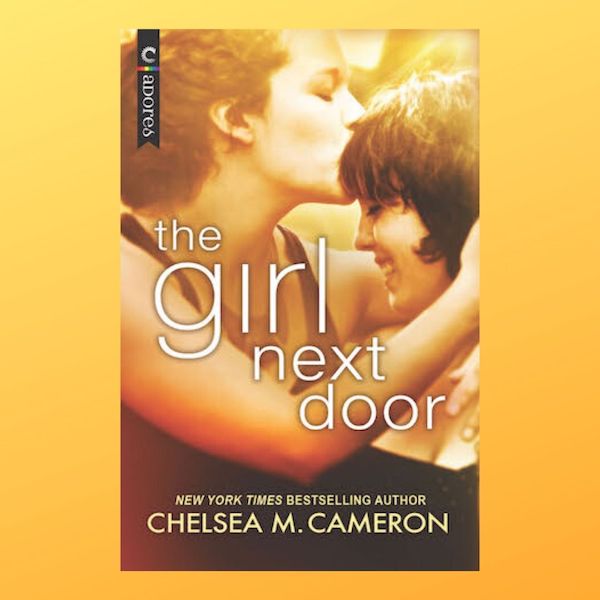 An Introduction by Chelsea M. Cameron:

The Girl Next Door is a story about coming home, in more ways than one. Iris Turner has come back to her tiny Maine hometown, completely determined to get back on her feet and away again as soon as possible. That all changes when she sees who’s living next door: Jude Wicks. Jude is four years older than Iris, so they didn’t interact much in school, and both headed for the hills as soon as they could. They’re both back in Salty Cove now and things are about to get a LOT more interesting.

About The Girl Next Door:

Iris Turner hightailed it out of Salty Cove, Maine, without so much as a backward glance. Which is why finding herself back in her hometown — in her childhood bedroom, no less — has the normally upbeat Iris feeling a bit down and out. Her spirits get a much-needed lift, though, at the sight of the sexy girl next door.

No one knows why Jude Wicks is back in Salty Cove, and that’s just how she likes it. Jude never imagined she’d be once again living in her parents’ house, never mind hauling lobster like a local. But the solitude is just what she needs — until Iris tempts her to open up.

That is, unless Jude can give her a reason to stay.

The motorcycle was back, so Jude was home from wherever she’d gone. I wanted to ask my mom, because she would definitely know, but I didn’t want to seem like I was actually interested in the answer, even though I was.

I chucked Dolly’s ball as far as I could get it and she raced after it like a goofball, ears flying. I laughed as she brought it back. She danced just out of reach, getting down in her play position before running off again.

“Come back, you doofus! I can’t throw it if you don’t give it back!” I chased her and finally got the ball from her mouth, setting it back in the thrower before hurling it again. I should probably also take her for a walk up the road a little bit later. Maybe after dinner.

“Hey,” a voice said behind me.

I swiveled slowly to find Jude leaning on her porch, wearing a white tank top over a black bra, and those same shorts from the other night. Or maybe she had multiple pairs of the same ones.

“Hey,” I said, and it sounded like a question.

“Do you want some lobster?”

I couldn’t answer for a second because the words didn’t make sense. “Do I want lobster?”

“Yeah. I have extras and I don’t want them to go to waste.”

That was curious, because you could definitely cook lobsters and then have the meat for a few days. Or you could freeze them. But I hadn’t had lobster in forever and the thought of it drowning in butter was making my mouth water. Mom was bringing home pizza, but lobster sounded much better right now.

“Sure,” I said. I called to Dolly and walked over to what I was now thinking of as Jude’s house.

“They’re boiling now, but I can make lobster rolls or you can just take them if you want.”

Huh. One of those things meant staying and having dinner with her, and the other meant taking the lobsters and running.

The choice was mine.

“A lobster roll would be amazing,” I said after a few seconds. I was going to eat with her, if only to satisfy my curiosity about her life and what she was doing here.

Dolly dropped her ball at Jude’s feet and wagged her tail, looking up at Jude. My dog had a crush.

“Thanks,” I said, following Jude into the house. I knew I’d been in here when I was a kid when our parents hung out, but it had been a long time. This house was bigger than my parents’ and definitely decorated in the New England style with lots of wood, plaid, camo, and if I wasn’t mistaken, that was a deer head on the living room wall.

Dolly raced through the house, sliding on the hardwood and nearly crashing into a table.

“I’m sorry. She has no manners,” I said, trying to grab her, but she was too fast. Her gray fur was shiny and hard to get a grip on.

Dolly went right for the couch, sniffing it before hopping up on it and lying down, taking up almost the whole thing.

I rolled my eyes. “So, she’s just going to make herself at home, apparently.”

I followed Jude back to the kitchen, where she stood over a large pot of steaming water. She tucked some hair behind her ear. Her hair hung just below her chin in a bob that was longer in front and cropped close to her neck in the back. Attractive. Very attractive.

“I can do corn too, if you want,” she said. “I wasn’t really planning on having company, but I like to cook a bunch of whatever I’m eating and then I have leftovers in the fridge. Do you want a drink?”

Jude cracked open a beer and handed it to me. I wasn’t much of a drinker, but I drank in social situations. This seemed like the kind of night where a drink was a nice addition.

“Thanks,” I said and took a sip. The beer was crisp and light. Not bad. “Do you need any help?”

Jude shook her head and checked on the pot before yanking out four bright red lobsters and putting them in a colander in the sink. I watched as she dumped out the rest of the water and filled it up again. Her arms flexed and muscles popped along her shoulders and back, and I had to look away. Where was Dolly?

“Why do you have so many lobsters?” I asked.

“I’m a lobsterman.” She hefted the pot and put it back on the stove. I almost slid out of my chair.

“Technically lobsterwoman, but yes.” She checked the burner and then turned around to face me.

“Wow,” I said, because what else did you say to something like that? “So that’s why you have so many lobsters.”

“Occupational hazard,” she said with a shrug. “It’s mostly because I’m lazy and I happen to love the taste of lobster. I also bring home clams a lot too. You’d think after over a year of doing it, that I’d be sick of them, but not yet.” She dropped several ears of corn in the pot and then went to clean out the lobsters.

“Are you sure I can’t help?” I was feeling completely useless.

“I’m assuming you know how to crack a lobster,” she said.

“Seeing as how I spent five summers at The Lobster Pot, I’m going with yes.” I took a lobster cracker from her and stood at the sink next to her. “Race you?”

She arched one dark eyebrow. “You’re on.” 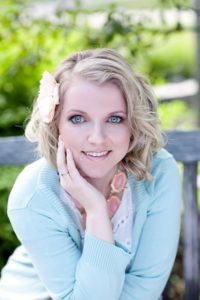 Chelsea M. Cameron is a New York Times, USA Today and internationally bestselling author from Maine, who now lives and works in Boston. She’s a red velvet cake enthusiast, obsessive tea drinker, vegetarian, former cheerleader and the world’s worst video gamer. When not writing, she enjoys watching infomercials, tweeting and playing fetch with her cat, Sassenach. She has a degree in journalism from the University of Maine, Orono that she promptly abandoned to write about the people in her own head. More often than not, these people turn out to be just as weird as she is.

Keira Soleore writes for the International Examiner and Cogitations & Meditations. She enjoys connecting with readers on Twitter (@keirasoleore) and through her website (www.keirasoleore.com). Her interests include medieval manuscripts, philosophy, poetry, picture books, choir, sunshine and beaches. Keira is a pseudonym.
All Posts
PrevPreviousDaily Frolic: The Best Cold Brew Maker
NextBookish Graduate Gift GuideNext