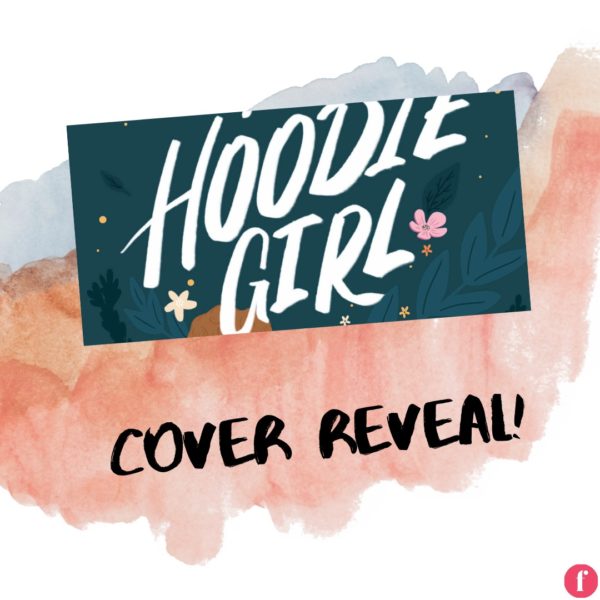 We are so excited to bring you this exclusive cover reveal and excerpt from The Hoodie Girl by Yuen Wright! 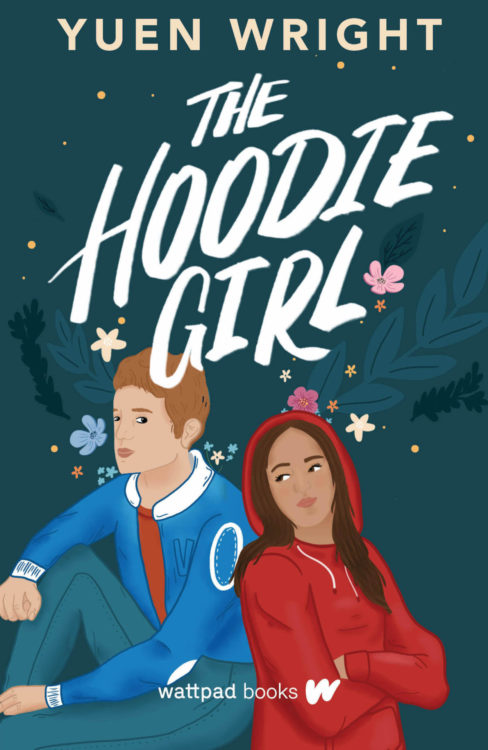 About The Hoodie Girl:

Wren Martin isn’t what you would call a popular girl. She is remarkably average, gets good grades, and aspires to get a scholarship to Yale University and leave her hometown, as it’s filled with impossible memories.

Asher Reed—star athlete and heartthrob of Eastview High—is everything wrong with high school in one frustratingly good-looking body. But when an on-field accident leaves him sidelined for the season, he takes an interest in Wren.

With an undeniable connection, Wren and Asher form a friendship that quickly turns into something more. Yuen Wright’s heartwarming debut is a reminder that when someone really sees you, the last thing you want is to be invisible.

I couldn’t find it anywhere, and it was driving me insane.

During the last two weeks of summer break, my hoodie had mysteriously disappeared. And because I’d flung out almost all my clothes from my drawers in a frenzied episode, I now had the room from hell.

In the midst of my search, I caught sight of my reflection in the mirror. For a measly second, I thought makeup would be able to erase the heinous dark circles under my eyes. Or bring the shine back them, as well as the natural flush of my cheeks. I’d tried—and failed miserably, might I add—to use makeup. I always ended up looking like I had a bad case of chicken pox. Oh well. I had other problems.

Her response was muffled.

Yep—there it was, nestled among things I never wore. I had a few hoodies, but I didn’t wear them half as much as I wore my red one. She’d done it on purpose—hidden it. She did it all the time. I should have realized. My mom was always trying to find new ways to get me to open up.

All I knew was I’d rather stub my left toe repeatedly than go to school without it.

I ran downstairs in my sneakers, unfiled paper threatening to spill from the pile nestled in my hands. “I’m leaving now!”

I grabbed an apple from the counter. “Got it!”

My mom was a morning person. One cup of decaf and she was good to go. Me, on the other hand . . . it took an ungodly amount of strength to pry my eyes open every morning. The state of my hair this morning made Einstein’s cut look five star.

A car horn pierced the air, followed quickly by a second ear-splitting honk. My charming friend, Mia, took this as her cue to roll up on my front lawn, crushing all the flowers in the process. Poor carnations. They were just starting to bloom.

Mia flashed me a bright, white smile, her steely eyes trailing down my frame. “Get in, loser.”

Mia was mixed, with a Black dad and mom from the Middle East. She got her light eyes from her mom and her brown skin from her dad. Thanks to her mom, she’d perfected the kohl-lined eye look. In summary: she was pretty in a striking way.

Chucking my bag into the back of the car, I uttered a soft RIP message to the dead flowers as I slid into the front seat of her Mustang.

She wasn’t wrong. There was a paint stain on my jeans from ages ago, but no one was going to arrest me for being a fashion reject. My hoodie was freakishly oversized, covering my torso in a way that made me feel comfortable. Safe. And most importantly? Invisible. I loved it. A pretty floral top hung off Mia’s shoulders.

“You planning to change your nun agenda?” she asked. “It’s senior year.”

I shifted my glance her way. “There’s something called priority, you know. And right now, oxygen is at the top of my list—not boys. After oxygen, it’s school. You know how hard my mom works. I need a scholarship if I’m going to college.”

“All right, all right.” She sighed, drumming her fingers on the steering wheel along to “Fluorescent Adolescent.” “Speak of the devil . . .”

Eastview High—the dream school of the city. The building was a fascinating mixture of modern and traditional architecture. As the sun brightened the cloudless sky, Mia and I headed through the foyer. Our lockers couldn’t have been farther apart. I bid her a temporary farewell while I trekked to mine.

Mia and I were polar opposites, puzzle pieces that didn’t match but were somehow glued together. She was the aspiring actor with over a hundred thousand subscribers on her YouTube channel. I was an avid watcher of mini-food videos.

The first time we talked was in French class freshman year. She was the most sociable and friendly girl I’d met. I secretly envied her smooth talk and sheer confidence. We sat next to each other in French and biology, and she’d inevitably ended up copying my work.

Not that I minded.

At the time, a few girls had asked Mia out to a party, ignoring me. I was about to leave, convinced Mia was going to abandon me, when surprisingly, she outright refused their offer, saying she had plans that day. After, she winked at me. I smiled back. Maybe that was the start.

In fact, come to think about it, it most definitely was the start.

Just then, Faye Archer brushed past me, startling me back to reality. A confident gleam lit up her gaze. People knew better than to get in her way. Unluckily for me, as she disappeared the pack closed in, and the hallway was bustling yet again. I needed to get to math. Being late on the first day was all sorts of trouble I had no intention of inviting.

I only slowed my steps as I entered the math classroom. Pulling on the sleeves of my hoodie, I slid into a seat against the wall. The calculus lesson started in full swing, and I was still taking notes fifteen minutes into the lesson when someone snickered behind me. Quicker than a bullet, Mr. Brakeman zoned in on the person behind me.

“What exactly is it that you find so amusing, Zachary?”

“Thought so,” Mr. Brakeman quipped. “Wouldn’t be too happy myself if I had the same report card as you.”

Ouch. Mr. Brakeman was one of those teachers who was deeply displeased with the world. Rumor was his wife had left him last year, so he was now more of a tyrant than usual. I could’ve swapped to Miss B., who was miles nicer, but despite his flaws, Mr. Brakeman was a pretty decent math teacher. So if I wanted to do well on my midterms, I needed to stay in this class. Luckily, he didn’t find much to pick on for the rest of the lesson. When the period ended, the class emptied so fast it was a blur.

After a long day, the bell rang—a loud, tedious sound students hated and loved simultaneously. I popped into the library, as I did most days after the last bell. The scent of new books dispersed through the air, leaving behind a woodsy scent. A sad confession: I judged books by their endings. Don’t get me wrong, I wasn’t a psychotic fan of happy endings. I believed in a normal kind of forever—not an overly happy ending, not one that was tragically sad. I loved books, but their endings annoyed me like a little scab you couldn’t wait to pick.

After combing the shelves, I had so many books they were piled in my arms and obscuring my view, so I stumbled to the librarian at the desk. He frowned when I dropped the books onto the scanning desk.

“You’ve taken out over the borrowing limit.” The librarian gave me a pointed look. “But I’ll let it pass.”

Yuen Wright is Wattpad Star and Watty Award winner and her novel, The Hoodie Girl, has amassed over 78 million reads on Wattpad. Yuen lives in Cape Town, South Africa, and when she isn’t writing, she can be found studying or fangirling over Taylor Swift.

Where Romance and Pop Culture Live Happily Ever After.
All Posts
PrevPreviousTop Tips for Writing in a New Genre by Tara Lush
NextMust-Watch Book Trailer: The Mystery of Mrs. Christie by Marie BenedictNext