Exclusive: The Love We Keep by Toni Blake Excerpt 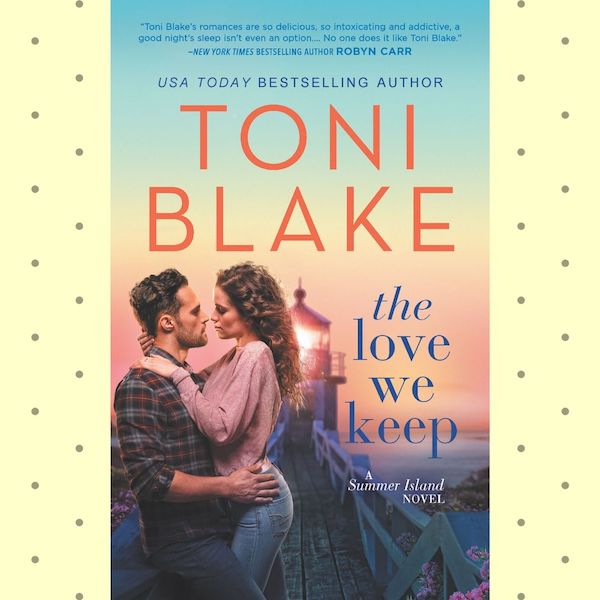 We are so excited to bring you an exclusive excerpt of The Love We Keep by Toni Blake, out now!

About The Love We Keep:

Toni Blake returns with the most emotional, tender novel yet in her enchanting Summer Island series.

Suzanne Quinlan has been through a lot lately, so nothing sounds better than a peaceful winter in her cozy cottage on Summer Island. The last thing she wants is a massive lifestyle adjustment—especially when it comes in the form of an injured Zack Sheppard, who is sullen, angry and completely dependent on her.

Zack values his independence above all else. But when he falls down his icy steps, he finds himself with a serious leg injury and in need of round-the-clock care. The only person available to help is his ex’s best friend, Suzanne. It doesn’t hurt that Suzanne is far more attractive than he ever realized, but he’s never been one to settle, and he sure isn’t going to start now.

As Suzanne and Zack grow closer, they both realize they’re in this thing more deeply than they ever thought, and it’s started to cause tension in their small, close-knit community, too. Will Zack be able to commit this time, and will Suzanne be able to trust him? One thing is certain: come spring, the lives and loves of Summer Island will never be the same.

“Are you ready for ex­ercises?”

He looked up from his plate, eyes wary. “Are you gonna torture me, Suzie Q?”

She blew out a perturbed breath. “I might if you don’t stop calling me that.”

A half grin snuck out of him. “Probably a good thing I’m tough then.”

Half an hour later, Zack had reverted to the grouchy, grumbling man she’d come to know. But he was letting her guide his body through the exercises, and grumbling because she was pushing him was a far cry better than grumbling because his leg wouldn’t move.

She tried to ignore the intimacy. Since, like helping him to the bathroom, this required touching. At least you’re not pulling his pants up. She squelched a burst of sensation at the memory. Of the awkwardness. And his butt.

“Ow, damn it,” he groused. She sat beside the bed as he lay on his side facing her. She supported his injured leg with one hand on his thigh and the other below his knee, lifting the knee toward his chest.

“Only nine more to go,” she told him. “On this side. You can do the other side with less help from me.” Then she lifted the knee again.

“For someone who can’t feel this leg, this seems to be hurting you a lot,” she said pointedly.

“It hurts other places,” he snapped. “My back, for one—my ass for another.”

She bit her lip, kept her thoughts inside—that such pain might be a positive sign. Of course, it could also mean only that he’d been lying here sedentary too long or had pulled a muscle. So instead she said, “No pain, no gain—don’t be a baby.” Then lifted the knee again.

This time he stayed quiet, but she could tell the si­lence took effort.

“That’s better, tough guy,” she told him. And lifted again. And in his silence…became more aware of his thigh beneath her palm. Like his butt, it was…nice. Of all the people I never expected to be touching…

After ten lifts, she instructed him to scoot to the other side of the bed to exercise the other leg, as well. “It’s about balance, and keeping the muscles active and strong.”

He didn’t object, moving himself over—until she placed her hands back on his thigh and calf. “I can do this one on my own, remember?” he said.

“I still need to guide you—to make sure you’re doing it right, at the right speed.” Her reply was entirely true—the only secret part being that she didn’t really mind helping him. His flesh was warm through his soft sweat­pants, his muscles sturdy. This is sad. It’s been so long since you’ve touched a man that you’re enjoying giving one physical therapy.

But don’t beat yourself up. You’re doing what’s best for him. So if you’ve become slightly aware that touch­ing him isn’t repulsive to you, it’s just a normal, human reaction.

Though maybe life had been easier back when she’d convinced herself she was content without men, or sex. Beck Grainger had reawakened desires in her that had gone dormant after Cal’s death—and this was a hell of a way to be reminded she missed a man’s touch.

Soon they moved on to other exercises—ankle rota­tions, which also involved a hand on his thigh, and toe rotations, which kept her down by his feet and felt less intimate, and mostly like a relief but also slightly like a disappointment. Because she was farther away from him and his thighs. Which is crazy. Snap out of it. Be pro­fessional here. And remember that you and Zack don’t even like each other. And that you have serious doubts about him as a human being.

“Please tell me you’re done with the torture, Suzie Q,” he said afterward.

“Almost,” she said, still cringing a little at the name without quite knowing why. He’d always called Meg by a nickname from an old Rod Stewart song—Maggie May. Perhaps this seemed too similar. Maybe it seemed like…flirtation. Like if she’d advanced to earning such a nickname from him, it meant something.

But it didn’t. And it wasn’t flirtation. In fact, at the moment it seemed a whole lot closer to bellyaching. “Al­most? There’s more?”

Yep, definitely bellyaching. Though maybe the few exercises they’d done seemed like a lot under the cir­cumstances. “These will be easier,” she promised. “I just want you to do some curls to keep the muscles in your arms strong.”

She reached for free weights she’d dug from a closet yesterday, glad she’d hung on to them. “We’ll start with just five pounds,” she said, handing them over.

“Suzanne, I could lift five pounds with my little finger. I work on a fishing boat—I have upper body strength.” Spoken as if she were a feeble-minded im­becile.

She blew out a calming breath, then forced a smile. “I’m sure you do. But your entire body—including your back, to which your arms are attached—have been through a traumatic experience. And last I heard—from you—your back muscles are still sore. So we’re starting with five pounds.”

When he opened his mouth to protest, she impul­sively reached out an index finger to shush him, press­ing it against his lips. And also his chin. And the rough stubble there.

He looked as stunned as she felt. His breath warmed her finger. She drew her hand back and promptly ignored the unexpected flare of sensation between her thighs.

Then she started talking—rambling really—to dis­tract them both from the fact that her finger on his mouth had felt almost as personal as pulling up his pants. “Who’s the medical professional here? Me.” She pointed at herself. “And who’s the unruly, uncooperative patient? You.” Another finger point. “Medical professional over­rides unruly patient. And besides, if I gave you weights that challenged you, you’d just claim I’m torturing you, so there.” She ended on a sharp nod. 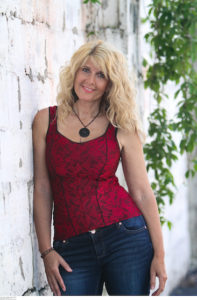 USA Today bestselling author Toni Blake’s love of writing began when she won an essay contest in the fifth grade. Since then, she has written over twenty contemporary romance novels. Her books have received the National Readers’ Choice Award, the Booksellers’ Best Award, her work has been excerpted in Cosmopolitan, and she has been nominated for a RITA Award. Toni lives with her husband in Northern Kentucky.