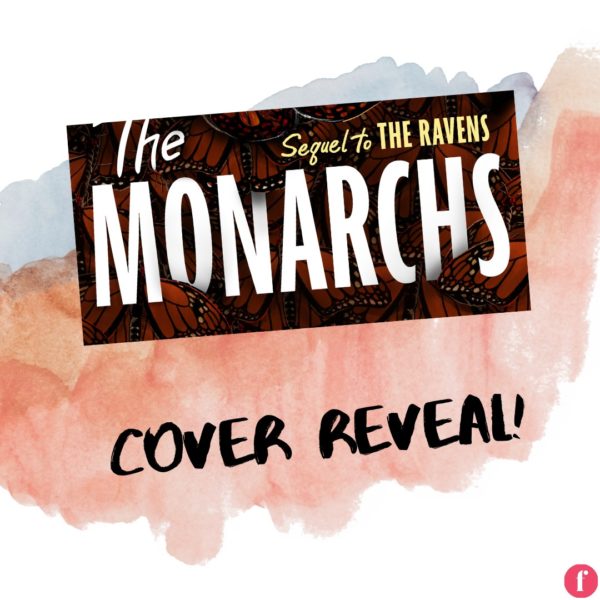 Aurora: Can you describe the cover and how it relates to the second book?

Kass: First off we think it’s just gorgeous and it perfectly captures the beauty and mystery of book two. (Props to our amazing designer Alice Wang and artist Shyama Golden.) In book one we follow The Ravens, the sisters of a Kappa Rho Nu who call themselves the Ravens and just happen to be a sorority of witches. The book two cover depicts the Monarchs, the alumnae of  Kappa Rho Nu. Our protagonists Scarlett and Vivi discover that the Monarchs have a pretty big secret that has come back to threaten the sorority in the present and their very lives.

Danielle: I love it. It’s just so pretty. The cover and the story draw on the history of the sorority. The Ravens inherit their magic from their mothers, the Monarchs. But in this book they learn that the secrets of the past might just come back to haunt them.

Kass: And if they ever hope to be Monarchs….

Danielle: Scarlett and Vivi and their sisters are going to have to have to work some major magic and fight harder than ever before.,

What characters will surprise us more in this sequel and why?

Kass: In book one, Vivi just learned that she was a witch and she had so much catching up to do while facing mortal danger. In book two, she’s really coming into her power but will that power take her away from her new sisters. And there are a couple of new baddies that threaten the sorority. And Vivi will surprise us and herself in how far she’s willing to go!

Danielle: Everyone! My character Scarlett is still nursing her wounds from book one. And she’s trying so hard to be a better witch and make the other girls better, too. But there are so many temptations when you have magic at your fingertips. (Spoiler) She’s separated from the boy she’s in love with and then there’s a new mysterious, and dreamy guy who piques her interest.  And on top of all that the sorority is facing a new magical challenge that threatens not just the future of the sorority but their futures period, it’s life and death.

What can fans expect from this read?

Kass: A deeper mystery and a bigger world! Book one focused on the inner workings of Kappa Rho Nu and it’s deep dark secret. The threat was inside the House! Book Two expands beyond Kappa’s inner circle and reveals that their is magic and danger maybe even bigger than their own just outside their doors!!

Danielle: More! More magic, more intrigue and more witches… We really loved getting to expand the world of the Ravens to include another sorority which might just have some magic its own and there may be someone or something out there with more power than the Ravens. 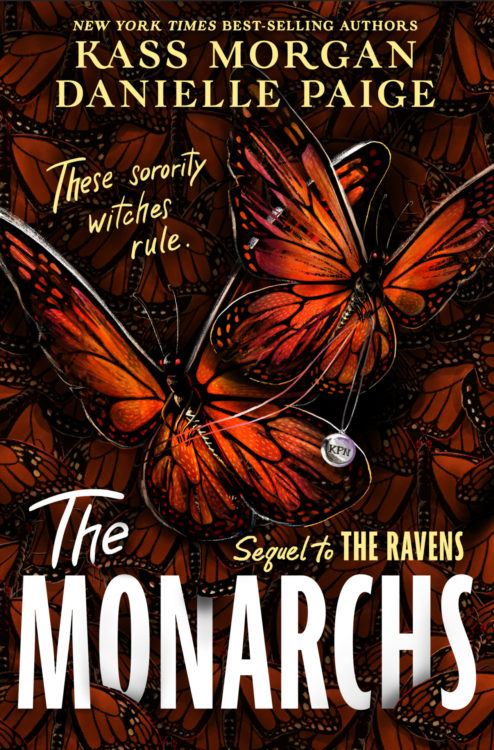 In this thrilling conclusion to New York Times best-selling authors Kass Morgan and Danielle Paige’s The Ravens, the sorority witches are tested when a rival threatens to usurp their place on campus and the forces of hell come knocking on their door.

The sorority girls at Kappa Rho Nu—the Ravens—are determined to restore balance to the world. After destroying an ancient talisman and barely saving their sorority in the process, they’ll go to any lengths to keep their secret as Westerly’s most powerful coven of witches.

Scarlett Winter, a legacy Raven, has finally gotten what she’s always wanted: the Kappa Rho Nu presidency. After the disaster that killed the sorority’s last president, Scarlett is determined that no sister will fall under the sway of wicked magic ever again. But the powers of the presidency have their own pitfalls—and Scarlett has big shoes to fill.
Vivi Devereaux, a freshman, finally knows what it feels like to belong. For the first time ever, she’s got it all: her Kappa Rho Nu sisters and a sweet (and hot) boyfriend. When Scarlett assigns Vivi the coveted role of social chair, Vivi is determined to live up to her Big’s expectations—even if that means dabbling in a new form of magic.

Unbeknownst to the Ravens, new rivals and ancient evils lurk on Westerly’s campus. With Kappa Rho Nu’s future on their shoulders and their pasts still haunting them, will Scarlett and Vivi be able to save their sisterhood once again?

Kass Morgan is the New York Times bestselling author of The 100, which was the inspiration for the hit CW show of the same name, and Light Years. An editor of middle grade and young adult fiction at a large publisher, Kass received a bachelor’s degree from Brown University and a master’s degree from Oxford University. She lives in New York City. Twitter and Instagram: @kassmorganbooks

Danielle Paige is the New York Times bestselling author of the Dorothy Must Die series and Stealing Snow, as well as an upcoming Fairy Godmother origin story series, and the graphic novel Mera: Tidebreaker for DC. In addition to writing young adult books, she works in the television industry, where she received a Writers Guild of America Award and was nominated for several Daytime Emmys. She is a graduate of Columbia University. Danielle lives in New York City. daniellepaigebooks.com Twitter and Instagram: @daniellempaige

Aurora Dominguez is a high school English teacher, college professor and journalist in South Florida. Her work has appeared in The Miami Herald, Where Magazine and J-14 Magazine, all places where she worked as a writer and editor before going from the newsroom to the classroom. Her favorite days are "Caturdays," which she spends with a good book, her husband, Sebastian, and her cat, Luna. Her motto when it comes to reading: "No book left behind!"
All Posts
PrevPreviousColor Code Your TBR: Blue
NextSpilling Tea about Jane Austen by Caroline GeorgeNext