Exclusive: The Most Beautiful Girl in Cuba by Chanel Cleeton Excerpt 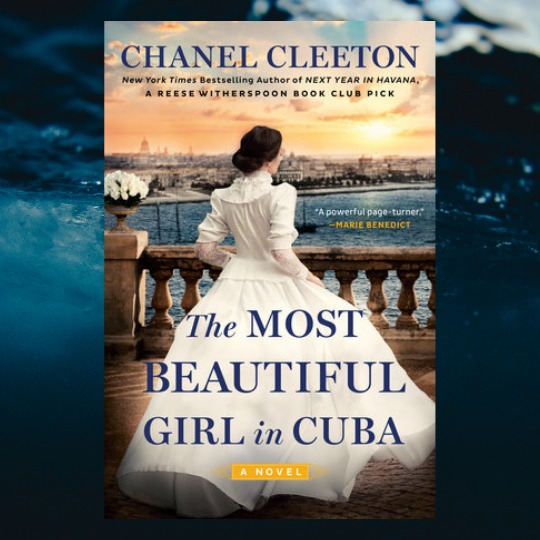 We are so excited to bring you this exclusive excerpt from The Most Beautiful Girl in Cuba by Chanel Cleeton! First, a note from Chanel Cleeton herself.

“When I first began researching The Most Beautiful Girl in Cuba and the Cuban fight for independence from Spain, I came across the true story of Cuban revolutionary Evangelina Cisneros. At eighteen years old, she was falsely imprisoned in a notorious women’s jail in Havana for rejecting the advances of a Spanish colonel and she became an international celebrity at the time, her plight used as a rallying cry by William Randolph Hearst to push for U.S. intervention in the war between Cuba and Spain. In this excerpt, we are meeting Evangelina on the Isle of Pines where she and her sister have chosen to join their father who was exiled by the Spanish for fighting with the revolutionaries. Thanks for reading!” 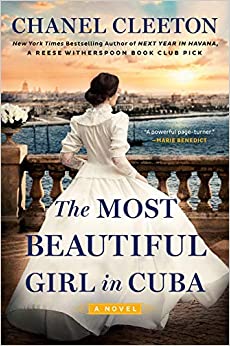 About The Most Beautiful Girl in Cuba:

At the end of the nineteenth century, three revolutionary women fight for freedom in New York Times bestselling author Chanel Cleeton’s captivating new novel inspired by real-life events and the true story of a legendary Cuban woman–Evangelina Cisneros–who changed the course of history.

A feud rages in Gilded Age New York City between newspaper tycoons William Randolph Hearst and Joseph Pulitzer. When Grace Harrington lands a job at Hearst’s newspaper in 1896, she’s caught in a cutthroat world where one scoop can make or break your career, but it’s a story emerging from Cuba that changes her life.

Unjustly imprisoned in a notorious Havana women’s jail, eighteen-year-old Evangelina Cisneros dreams of a Cuba free from Spanish oppression. When Hearst learns of her plight and splashes her image on the front page of his paper, proclaiming her, “The Most Beautiful Girl in Cuba,” she becomes a rallying cry for American intervention in the battle for Cuban independence.

With the help of Marina Perez, a courier secretly working for the Cuban revolutionaries in Havana, Grace and Hearst’s staff attempt to free Evangelina. But when Cuban civilians are forced into reconcentration camps and the explosion of the USS Maine propels the United States and Spain toward war, the three women must risk everything in their fight for freedom.

“They’re going to kill my father.”

The words pour from me, panic loosening my tongue despite the fact that if this past year of exile with my father fifty miles south of Cuba’s mainland on the Isle of Pines has taught me anything, it’s that I must be cautious around our Spanish guards.

“Evangelina.” My fiancé, Emilio Betancourt, says my name impatiently, his tone low, urgent, filled with none of the romance I’m used to hearing from him. I asked him to meet me at my house, but even here there is no privacy to be had. Emilio glances around us, his gaze resting on the guards standing nearby, watching us, always monitoring our moments as though we are forever plotting insurrection against the Spanish crown. Spain has controlled our fortunes for over four hundred years, since Christopher Columbus first colonized Cuba in 1492, and now as we fight to liberate Cuba, they tighten their hold on us.

“You forget yourself,” Emilio hisses, speaking to me as if I am a mere girl and not the woman he has followed around with lovesick gazes, as though eighteen years old is a child’s age. He tugs me by the arm and pulls me farther away from the soldiers.

“The Spanish have thrown my father in the jail again,” I snap, lowering my voice. “I don’t know if he is safe or if he’s even alive. I do not forget myself. I know exactly where I am and what I must do. You forget yourself.”

I lean in to Emilio so we merely look like the engaged couple we are, indulging in the sort of stolen embrace that would normally be frowned upon in polite society. In the distance, one of the Spanish soldiers makes a rude comment to another about my virtue—or lack thereof—but I ignore his cruel words. I might have been born a lady, but we are remade in times of war.

Last year, a small band of revolutionaries—Mambises—under the flag of the Cuban Revolutionary Party declared an insurrection against the Spanish at the town of Baire near Santiago. When we received news of the uprising, I hoped this time would be successful. It is our third attempt to liberate ourselves from Spanish tyranny in almost thirty years, the first war fought before I was even born.

I grew up dreaming of the independent Cuba my father is willing to risk his life for, listening to his stories as a soldier in the Ten Years’ War, and I gave my word that in this new battle for liberation I would fight alongside my father and countrymen. On the night we were to join the Cuban army last year, a spy told the Spanish of our plans and they imprisoned my father for being a revolutionary and sentenced him to death.

“I was the one who visited my father in prison, who cared for him, who begged for his life and saw his sentence commuted to life imprisonment,” I add. “I was the one who met with General Weyler and begged for my father to be exiled here to the Isle of Pines rather than sent to the Spanish’s penal colony off the coast in Africa. So don’t treat me like a child. I may be eighteen, but I’ve fought for my family and for Cuba.”

At least on the Isle of Pines, my sister Carmen and I have been able to accompany our father, to cook for him, do the cleaning, and care for him. Here we have a small store where I can buy food, there is a doctor in town, and many of the other prisoners are old family friends, revolutionaries like my father. We have a little house with a tiled roof and a big piazza. It is hardly paradise, but it could be worse, I suppose.

If not for the new Spanish colonel who controls our fortunes.

“What are you doing about Berriz?” I ask Emilio, glancing furtively around the room to ensure none of the soldiers have heard me. “Ever since the colonel has taken command over the Isle of Pines, he seeks me out. He’s thrown my father in the jail. If I am to be your wife, then I need to know you care about me and my family.” Disgust fills my voice. “Berriz has told me he loves me.”

“I’ve heard that Berriz’s wife will be joining him soon,” Emilio replies. “Perhaps her presence here will help things.”

Emilio leans closer, running a hand through my long, dark hair. I jerk. Behind us, one of the soldiers says something about a lovers’ quarrel.

“Nothing will happen to you or your father, Evangelina,” Emilio urges, as though he sees the doubt in my eyes, my disappointment over his powerlessness, the anger filling me. When my father told me war was coming to our island, I was ready to fight, but this waiting around for someone to rescue me is torture.

Emilio offers his reassurances louder than he should, perhaps to convince me or to give himself the confidence he needs to act, and suddenly, before either one of us can move, before we remember that any sign of rebellion is met with force, the soldiers are on him, brandishing their weapons, hitting him with their large guns over and over again until Emilio falls silent, pain etched across his face. Tears rain down my cheeks, anger burning in my chest, but I do not speak a word.

Chanel Cleeton is the New York Times and USA Today bestselling author of Reese Witherspoon Book Club pick Next Year in Havana, When We Left Cuba, The Last Train to Key West, and The Most Beautiful Girl in Cuba. Originally from Florida, Chanel grew up on stories of her family’s exodus from Cuba following the events of the Cuban Revolution. Her passion for politics and history continued during her years spent studying in England where she earned a bachelor’s degree in International Relations from Richmond, The American International University in London and a master’s degree in Global Politics from the London School of Economics & Political Science. Chanel also received her Juris Doctor from the University of South Carolina School of Law. She loves to travel and has lived in the Caribbean, Europe, and Asia.

Where Romance and Pop Culture Live Happily Ever After.
All Posts
PrevPreviousSunday Brunch: A Chat with Authors Constance Sayers and Amy Reed
NextNew Adult Corner: Top Picks for MarchNext