Exclusive: The Path to Sunshine Cove by RaeAnne Thayne Excerpt 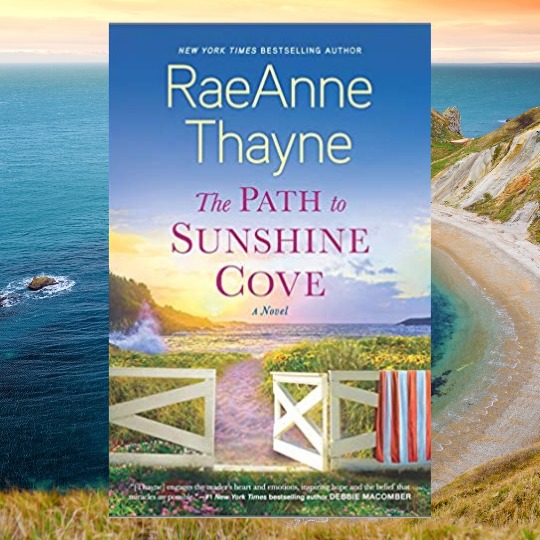 We are so excited to bring you this exclusive excerpt from The Path to Sunshine Cove by RaeAnne Thayne! 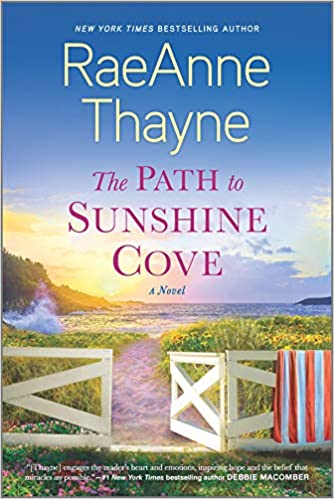 About The Path to Sunshine Cove:

Sisters Jessica and Rachel Clayton once only had each other to rely on, but years of pain have carved a wide chasm between them. But seeing Rachel’s family struggles reaching a breaking point, Jessica–whose career has made her an expert in downsizing and cutting the nonessential out of life–must learn how to let family and love back in, starting with her still-beloved, if reluctant, sibling.

Rachel almost forgot the doorbell had rung until she heard a whoop of excitement out of  Grace. A moment later, the last person she expected to see that day walked into the kitchen. Jess, her older sister. Jess, who lived a rambling life and was usually on the other side of the  country.

Jess, who hadn’t given her one single whiff of warning that she might be coming to Cape  Sanctuary.

Her sister surveyed the chaos of broken cookies and upset children with the impassive  expression she always seemed to wear whenever she was around Rachel and her family. “Looks like I’ve come at a bad time.”

“Aunt Jess!” Ava exclaimed. Her tears miraculously dried as she launched herself at her  aunt, who hugged her with a little laugh.

Jess was as stunning as ever, her sun-streaked hair shorter than Rachel remembered. She  wore hardly any makeup but was still beautiful. Lean, fit, with a flat belly that had obviously  never had anything to do with giving birth to three children.

Her sister lived almost the entire length of the state away and rarely even came for a  scheduled visit, let alone an unexpected one.

“Jess. What are you doing here? Why didn’t you call and let me know you were coming?” “Surprise.” Her older sister smiled, though it seemed forced. “I picked up a job in this area  so that I can spend time with you and the kids.”

She knew Jess helped people, usually senior citizens, clear out their houses before moving.  Rachel considered it a strange occupation but her sister seemed to thrive on it. “Yes. I’ll be here for a few weeks cleaning out a place over near Sunshine Cove.” Rachel knew a handful of people who lived in that area of Seaview Road but didn’t have  time to figure out who might have enlisted her sister’s help. She was too busy trying to figure  out what her sister was really doing there.

And also trying to face the fact that her relationship with Jess was yet one more area of  Rachel’s life where she was failing. Their bond had been broken for a long time and at this  point she didn’t know how to repair it.

Did her voice sound as hollow to her sister as it did to Rachel? Could Jess tell her presence  was a shock on par with a UFO landing in the backyard?

“I haven’t spent nearly enough time with the kids. A few phone calls and visits here and  there during the holidays. I’m looking forward to spending more time with them.” “Wow. They’ll love that.” Rachel tried to infuse her voice with warmth and delight but it  took every iota of her limited acting skills.

How could she pretend to be overflowing with joy when her insides felt as hollow as her  words?

She was tired, frustrated, afraid for her marriage, worried about her son’s future and upset  about her book club cookies. She didn’t know if she had time to deal with all the guilt and  pain inextricably tangled with her sister.

The Path to Sunshine Cove by RaeAnne Thayne is available wherever books are sold  on March 30, 2021.

Where Romance and Pop Culture Live Happily Ever After.
All Posts
PrevPreviousExclusive: Notes from the Bathroom Line Edited by Amy Solomon Excerpt
NextA Bookish Valentine’s Day Menu by Loan LeNext