Exclusive: The Restoration of Celia Fairchild by Marie Bostwick Excerpt 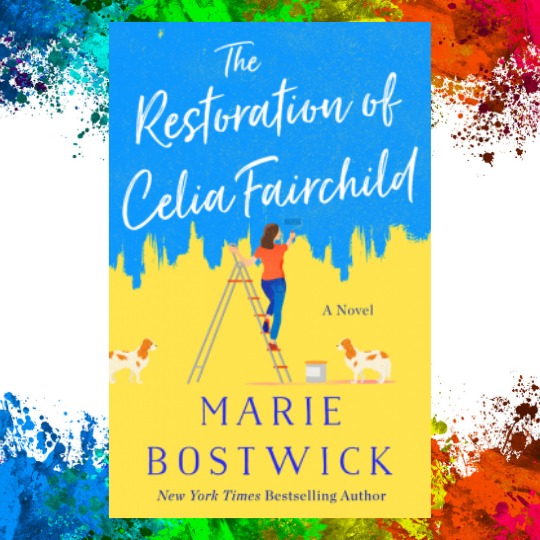 We are so excited to bring you this exclusive excerpt from The Restoration of Celia Fairchild by Marie Bostwick! 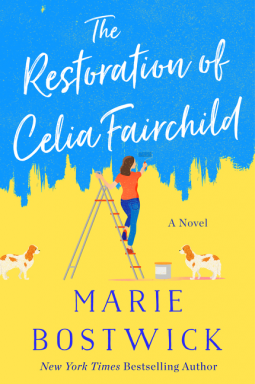 About The Restoration of Celia Fairchild:

Evvie Drake Starts Over meets The Friday Night Knitting Club in this wise and witty novel about a fired advice columnist who discovers lost and found family members in Charleston, by the New York Times bestselling author of The Second Sister.

Celia Fairchild, known as advice columnist ‘Dear Calpurnia’, has insight into everybody’s problems – except her own. Still bruised by the end of a marriage she thought was her last chance to create a family, Celia receives an unexpected answer to a “Dear Birthmother” letter. Celia throws herself into proving she’s a perfect adoptive mother material – with a stable home and income – only to lose her job. Her one option: sell the Charleston house left to her by her recently departed, estranged Aunt Calpurnia.

Arriving in Charleston, Celia learns that Calpurnia had become a hoarder, the house is a wreck, and selling it will require a drastic, rapid makeover. The task of renovation seems overwhelming and risky. But with the help of new neighbors, old friends, and an unlikely sisterhood of strong, creative women who need her as much as she needs them, Celia knits together the truth about her estranged family — and about herself.

When it comes to food and grief, there are generally two types of people: those who are so emotionally ragged that they can hardly force a morsel between their lips, and those who go in the entirely opposite direction.

I am the second type.

In the three months since my divorce, I’d gained nine pounds. Well, eight and a half after I stepped on the scale a second time, minus my socks and underwear, on the morning after the fundraiser. But half a pound didn’t alter the fact that I had to change into yoga tights before leaving the house because I couldn’t button my regular pants.

It’s not that I’d been grieving the end of my marriage per se. In my long history of spectacularly bad relationships, Steve represented a new low—five affairs in three years of marriage, the first with the justice of the peace who performed our wedding ceremony.

Seriously, who does that?

Steve Beckley, that’s who. My husband. Now my ex-husband. If I’d been advising me instead of being me, I’d have seen it coming a mile away. My whirlwind courtship with Steve was a parade of red flags, all flapping like crazy. But “do as I say and not as I do” is kind of a theme with me, the irony of which is not lost on anyone who knows me. Marrying Steve felt like my last chance for the life I wanted desperately. Too desperately.

Look, I understand that the events of my childhood definitely played a role in my less-than wise decisions about Steve. But no matter what my therapist says, not everything about my longing for motherhood is tangled up with my family issues; there’s this little thing called biology, you know? The desire to procreate is a normal, natural, and powerful urge. I mean, it’s not like I’m the only mid-thirties single woman in New York who wants to get married and have kids, right? We can’t all be neurotic, can we?

The point is, I’ve done the career thing. I’ve even done the celebrity thing, albeit in a small way—I’m a D-list celeb at best, maybe even E-list—and it’s fine. I’m grateful for the opportunities that have come my way. But . . . it’s not enough. Being well-known to a lot of people who admire the person they think you are, the role you play, isn’t the same as being important to a few people who truly know you and love you anyway, even if you’re not perfect, or don’t have all the answers, or do as you do instead of as you say. That’s what family is: the people who love you anyway. That’s what I long for. Is that so terrible?

But when Steve left, he took my last chance at that life with him. Or so I thought, until Anne Dowling called.

I quit writing “Dear Birth Mother” letters almost a year ago. By then, it was obvious the marriage wasn’t going to last, and even I knew that bringing a baby into a family that was on the verge of falling apart wasn’t a good idea. I also knew that trying to adopt as a single parent would be even tougher, so I gave up on motherhood altogether.

But a few of those letters must have still been floating around, because after reading through a pile of “Dear Birth Mother” missives, Anne Dowling’s client, an unwed mother from Pennsylvania, narrowed the pool of potential parents who might adopt her baby down to three couples. Steve and I were at the top of the list.

A baby! After all these years, after the disappointments and dashed hopes, someone was actually thinking about letting me adopt a baby! At that moment, all the things that my therapist and I had agreed upon, the stuff about my desire for a child stemming from a deep-seated and probably unhealthy compulsion to recreate the family I’d lost, went right out the window. There was a baby and I wanted it. The therapist could just go pound sand.

But when I explained the change in my marital status, Ms. Dowling said, “Ah, I see. I’m sorry, Ms. Fairchild, but my client prefers to place the baby in a two-parent home,” and my heart plummeted back to earth and crashed onto the rocks. I was desperate, really desperate. To have the thing I wanted most in the entire world just inches from my grasp, only to see it snatched away because Steve was a pathologically adulterous, card-carrying asshat was unendurable. And so I did what I’d promised myself I wouldn’t: I played the Calpurnia card.

“You’re kidding,” Ms. Dowling said, laughing. “You’re Calpurnia? My mother loves you. She sends me clippings from your column at least once a month.”

This isn’t the first time I’ve heard this. I say the kinds of things people want to tell their adult children but can’t.

“Really? I hope you won’t hold it against me.”

Ms. Dowling laughed again, sounding almost giddy, which didn’t surprise me. Unexpected celebrity encounters, even when the celebrity in question is as minor as I am, fill people with a strange delight. I was counting on that response, hoping it would help tip the scales in my direction.

“It doesn’t seem fair to exclude you just because your husband walked out,” she said once the laughter subsided. “After reading your columns, I know you’d be a great parent, single or not. Let me talk to my client and get back to you.”

The next morning, she did. Even without Steve, I was still in the running. There were no guarantees, Ms. Dowling explained; there were two other families under consideration, as well as background checks to pass and hoops to jump through, the biggest being the home visit in the middle of August.

Still, I’ve got a one-in-three chance, and a little over three months to get my act together. And that is why, even though the chocolate croissant was calling my name, I would order plain. A small step, perhaps, but an important one.

Marie Bostwick is a New York Times and USA Today bestselling author of heartwarming fiction for women. Marie lives in Oregon with Brad, her husband of thirty-seven years. When not writing, she enjoys quilting, reading, cooking, spending time with family and friends. Marie travels extensively, speaking at libraries, bookstores, quilt guilds, and at quilt shows. Marie’s latest endeavor is Fiercely Marie, a lifestyle blog that encourages women to live every minute and love every moment.

Where Romance and Pop Culture Live Happily Ever After.
All Posts
PrevPreviousThe Top 5 Vampires We Love to Hate by Marlene Perez
NextThe Top 9 Books of February 2021Next