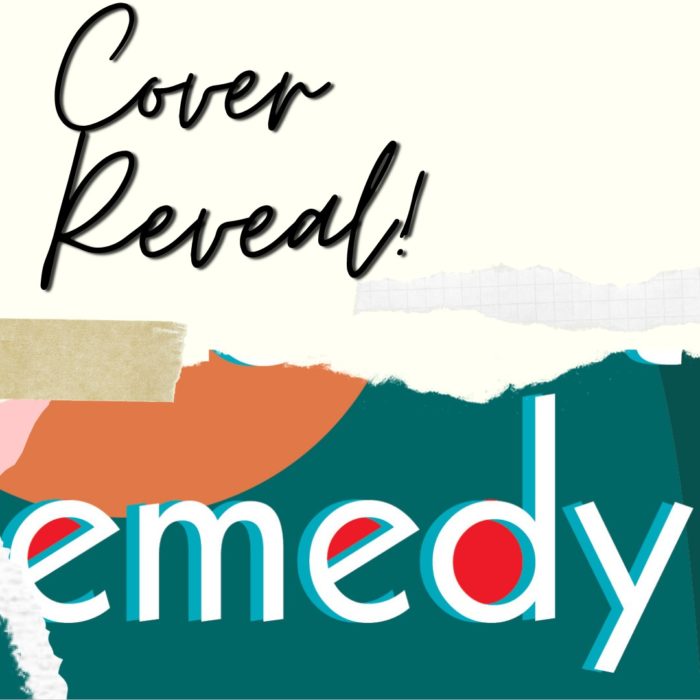 We are so excited to bring you this exclusive first look at The Sweetest Remedy by Jane Igharo! 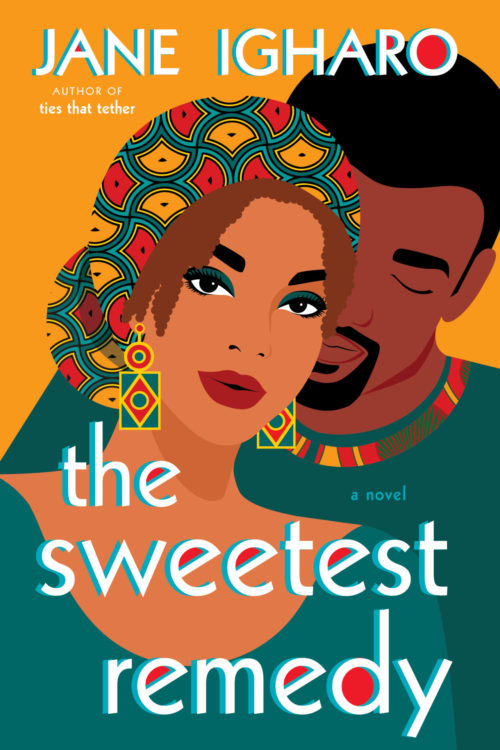 About The Sweetest Remedy:

When a woman travels to Nigeria to attend the funeral of the father she never knew, she meets her extravagant family for the first time, a new and inspiring love interest, and discovers parts of herself she didn’t know were missing, from Jane Igharo, the acclaimed author of Ties That Tether.

Hannah Bailey has never known her father, the Nigerian entrepreneur who had a brief relationship with her white mother. Because of this, Hannah has always felt uncertain about part of her identity. When her father dies, she’s invited to Nigeria for the funeral. Though she wants to hate the man who abandoned her, she’s curious about who he was and where he was from. Searching for answers, Hannah boards a plane to Lagos, Nigeria.

In Banana Island, one of Nigeria’s most affluent areas, Hannah meets the Jolades, her late father’s prestigious family—some who accept her and some who think she doesn’t belong. The days leading up to the funeral are chaotic, but Hannah is soon shaped by secrets that unfold, a culture she never thought she would understand or appreciate, and a man who steals her heart and helps her to see herself in a new light.

“I’m Lawrence.” He extended a hand to her.

“Hannah.” The instant their hands touched, heat coursed through her like a tide. Her heart broke out of its routine rhythm, banging briskly and shortening her breaths.

Sometimes, a moment is so incredible, it separates itself from time and just exists on its own, freezing the people within that moment like figurines in a snow globe.

This was one of those moments.

Time rushed on around them. They still held each other’s hands and gazed at each other, their eyes communicating something they couldn’t put into words quite yet. And then, abruptly, a phone rang. The repetitive chime disrupted the moment, shattered the glass globe.

Lawrence released Hannah’s hand and reached into his pocket. His brows furrowed as he looked at the screen, at the caller ID. The tenderness that had been in his eyes seconds ago, as he looked at Hannah, disappeared. His frown deepened, his face tense with worry.

“Would you please excuse me while I take this?”

He stepped a few feet from her and brought the phone to his ear. He listened, and then he spoke, his whisper still discernible.

“No need to apologize.” It was obvious he had just received bad news. His shoulders sloped, and his eyes glistened with tears he fought back by blinking rapidly. “It’s okay.” She gave him a sympathetic smile. “Go.” She didn’t want him to, but he definitely had to. “I hope everything works out.”

He nodded. “Thank you. Goodbye.” He turned and hastened away.

As Hannah watched him leave, she tried—with every ounce of resolve—to disregard whatever had briefly occurred between them. It didn’t matter what she had felt. He was gone now. And that was that.

“There you are!” Flo shouted, stepping onto the terrace. She approached her best friend with rushed steps that made her silk dress flap behind her. “Jeez. I’ve been searching this entire place for you.”

“Well, I’ve been out here.” She didn’t want Flo to detect her disappointment, so she paid attention to her voice, ensuring it had a believable measure of liveliness. “I was just getting some air and talking to…” What was the point of telling Flo about him. “Some of the other guests.”

“Oh. Great. Happy you had some company. I’m…um…” Flo frowned, her attention on Hannah’s bare feet. “Um…why aren’t you wearing any shoes?”

Hannah looked down, her eyes widening. She’d forgotten about her lack of shoes. Had Lawrence noticed that? Maybe not. He hadn’t mentioned it. She brushed off her embarrassment and laughed. “My feet were killing me. I needed a break.”

“Right. Anyway, sorry about basically abandoning you.” Flo’s alabaster complexion, already flushed from the suddenly cool air, lost more of its natural hue. “But I’m all yours for the rest of the night. We can stay or get outta here—it’s up to you. Anything you wanna do.”

The confirmation was all she needed to hear. “Let’s go back to my place. Order a pizza and watch a movie.”

“You said no complaining. Remember? You wanted me to pick and I have.”

“Yeah. But I just thought you’d make the right decision—do the right thing, you know?”

Hannah chuckled. “This is the right thing.” At least it was for her. It had already been an eventful night. She just wanted to go home. “I’m in the mood for anything with Michael B. Jordan.”

“Hmm.” Flo smirked, fiddling with the pearl pendant on her necklace. “Okay. All right. Looks like there’s a light at the end of this tunnel after all. Let’s find something where he’s shirtless like seventy percent of the time.”

Their eyes went wide and together, they said, “Creed,” before bursting into loud laughter.

“Hold on a minute.” Hannah cleared her throat and dug a hand into her purse. “My phone’s going off.” She pulled out the device that was both vibrating and chiming. “It’s my mom.” After reading the text messages, she frowned.

“Is everything okay?” Flo asked, stroking an auburn tress behind her ear.

“I don’t know.” Hannah gawked at her phone, unblinking. “She wants me to come by the house.”

“She has something to tell me. It’s about my father.”

Jane Abieyuwa Igharo, author of Ties That Tether, was born in Nigeria and immigrated to Canada at the age of twelve. She has a journalism degree from the University of Toronto and works as a communications specialist in Ontario, Canada. When she isn’t writing, she’s watching “Homecoming” for the hundredth time and trying to match Beyoncé’s vocals to no avail.

Where Romance and Pop Culture Live Happily Ever After.
All Posts
PrevPreviousYA Books To Pick Up During AAPI Month – And Beyond
NextNew Adult Corner: Top Picks for MayNext