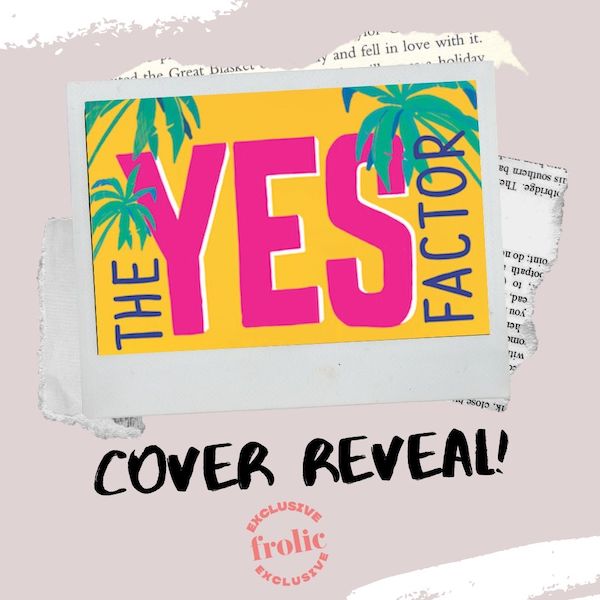 We are so excited to bring you the adorable cover reveal of The Yes Factor by Erin Spencer and Emma Sable, out June 30th! 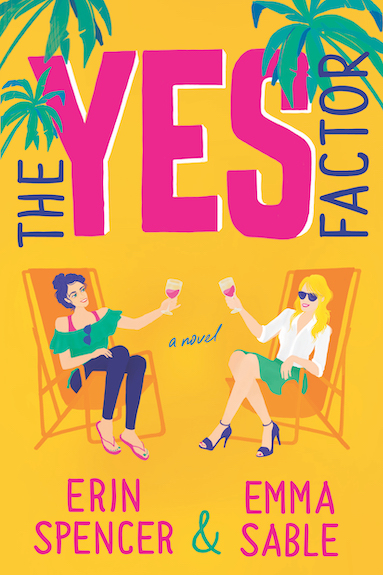 About The Yes Factor:

Bex just wants to stay in bed with Outlander.

With 40 just around the corner, divorced single mom Bex is too busy being a chauffeur for her teenage daughter to bother swiping for dates.

Her best friend Liv, who is married to the supposedly perfect man, swoops in from London on a mission to get Bex out of her own bed and into someone else’s. Liv pushes Bex into a week-long whirlwind of dates, awkward kisses and missed connections.

What could possibly go wrong when Bex agrees to Liv’s harebrained scheme of saying Yes to every possible suitor? And why is Liv so intent on fixing Bex’s love life, or lack thereof?

Just what do you find out when all of your no’s turn into The Yes Factor?

Erin Spencer and Emma Sable are two Southern girls who met in L.A. at a mutual friend’s engagement party. They bonded over their shared love of fried shrimp, queso and The Golden Girls. After a girls’ night out in Hollywood to celebrate Emma’s birthday, the two were inspired to begin writing The Yes Factor, their first novel together.

To celebrate finishing the novel, Erin and Emma travelled to the Amalfi coast where they enjoyed a week of sunshine, pasta and Pinot Grigio. And where a few notes might have been scribbled for their next book, too!

Erin lives in L.A. and Emma now lives in London. They can’t wait for you to meet Bex and Liv.

Where Romance and Pop Culture Live Happily Ever After.
All Posts
PrevPreviousThe Public Library and Romancelandia. Part 5: Asking Those in the Know
NextDaily Frolic: Dead to Me Season 2 is Now on Netflix!Next