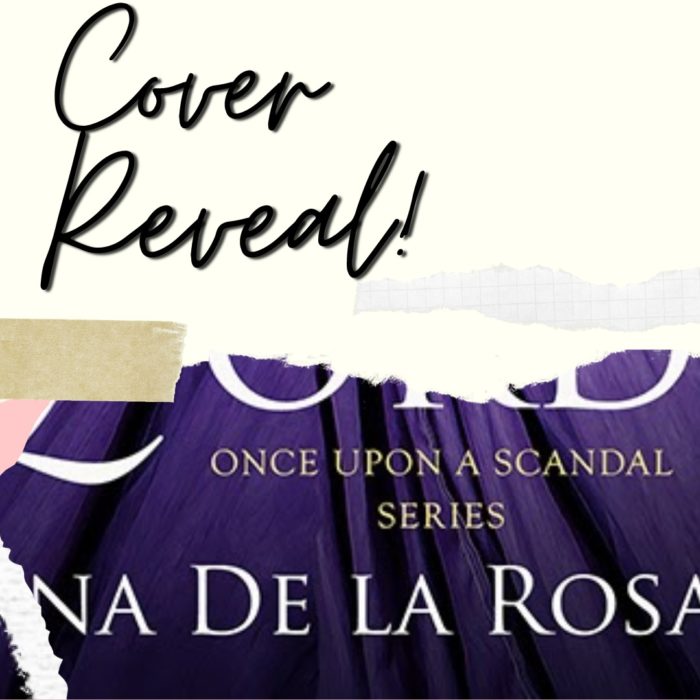 Hey, friends! I hope this post finds you well. As you probably know, I’m a fan of Liana De la Rosa. I ate up her last release, The Captain’s Midwinter Bride, and I am awaiting this new release impatiently because I just know Liana is going to give me such a good love story. This time around I’m revealing the cover for To Tempt A Scandalous Lord, the story of Alicia and Niall! It’s releasing on June 21st, 2021. I recommend you to add it to your TBR. I mean, engagement of convenience??? Sign me up. 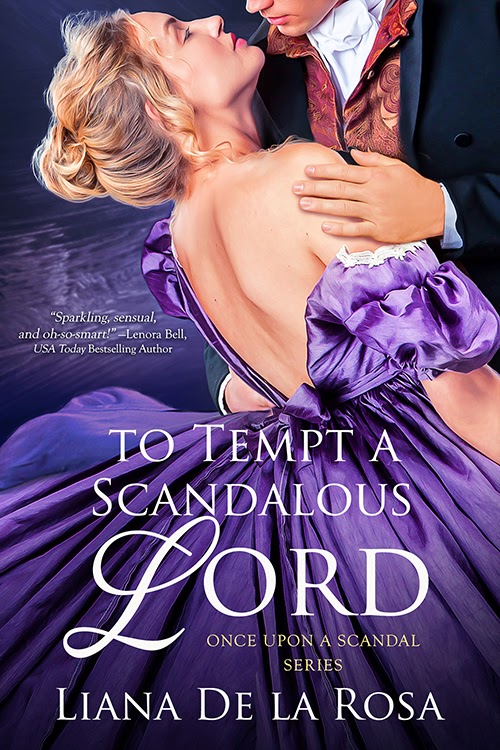 About To Tempt A Scandalous Lord:

Alicia Lindsay, the dowager Countess Lindsay, has spent her life under the dominion of men— leered at yes, but ultimately silenced and cast aside. But widowhood has granted her the freedom to voice her critiques against injustices in articles that have enraptured the nation. Resolved to bring about political change, Alicia’s investigation of the newest party candidates leads her to the captivating, hardheaded Lord Inverray. She’s unprepared when he proves to be not only charming but chivalrous when a slight wardrobe malfunction—with all eyes of the ton upon them—forces her to accept his proposal. Now she’s keeping a huge secret from her soon-to-be-husband.

Niall Campbell, Marquess of Inverray, has spent years finding support for numerous legislations to help his fellow Scots. Now poised to grasp the party leadership, his success has been threatened by some anonymous articles critiquing his campaign. Niall vows to find the author and silence them, no matter the cost.  But when he finds himself engaged to an alluring widow with a sharp tongue, his plans get derailed in more ways than one…

The room was silent aside from the steady tick of the clock on the mantel and the occasional clink of bone china. Alicia lathered cream on a scone until a bold headline on Niall’s newspaper snagged her attention, and without thinking, she extended her hand.

“May I please have that section, if you’re done?”

Her husband looked up, his long black lashes fluttering in confusion. “I beg your pardon?”

“I would like to read the article about President Jackson, if you’re quite done with that section?” she said, her hand still outstretched.

Blinking at her for a long moment, Niall huffed. “If I had known you were a reader of the morning paper, I would have requested a second copy for you.”

“Well, you didn’t ask, now did you?” Before he could respond, Alicia waved away his response. “I enjoy knowing what is happening in the world. England may be an island, but there are plenty of important events happening across the waters and I want to know about them.”

“I can’t say I’m surprised.” Although there was a slight sting to his words, Alicia chose to believe Niall had not uttered them out of strife.

“If I am to be your hostess, I need to be abreast of all manner of topics, including foreign political topics. I cannot host salons and dinners for you if I am unable to converse about the issues you wrestle with every day. The very issues affecting our country.” She dropped her hands to her lap — quite dramatically, she’d admit — and sighed. “I also enjoy learning about what issues concern our allies. It reminds me that England’s trials are not aberrations. But if you do not approve, I can always read the papers when you are away.”

Because she was still going to read them.

From the corner of her eye, she glimpsed the marquess grab his napkin and swipe at his mouth in a rush. He was not as stoic and unmoved as he liked to appear. Good. Alicia wanted him to be just as unnerved with her sitting at his breakfast table as she was to sit there.

“Stewart, please ensure her ladyship has her own paper in the mornings.” Grabbing the front section, Niall slid it across the table to her. “Until then, here you go. Try not to wrinkle the edges.”

“Of course,” she declared, offering a polite smile. While holding his gaze, she grasped the section in her hands and folded the sides over each other until only the article about President Jackson was in view.

Niall’s lips twitched just so, and she couldn’t tell if he was annoyed or amused. The part of her that desired to keep him on his toes hoped it was both.

Liana De la Rosa is a historical romance writer whose stories are set in the Late Regency and Victorian periods. As a longtime fan of the romance genre, Liana used to sneak Harlequins into her bedroom to read on the sly. Even now, her reading list is dominated by romance, as well as fanfiction for her favorite fandom ship.

Liana has an English degree from the University of Arizona. When she’s not writing books featuring unexpected characters, witty heroes, and intrepid heroines, Liana is a wannabe domestic goddess and fashionista who wrangles her rambunctious brood of small children with her patient husband in Arizona.

Liana is represented by Rebecca Strauss of DeFiore and Company.

Hi, I'm Sil! 21. Mexico. she/her pronouns. I am the owner of the book blog, The Book Voyagers, where I blog and review books. Mainly, I focus on recommending and reviewing diverse books written by marginalized authors. You might also know me for doing book aesthetics and just shouting in capital letters about new books releasing. I'm a big fan of Adult Romance, but I also love Young Adult especially contemporary fiction and fantasy.
All Posts
PrevPreviousCelebrating Pretty in Pink, 35 Years Later By Wade Rouse
NextPerfect Parirings: Books and Katy Perry SongsNext