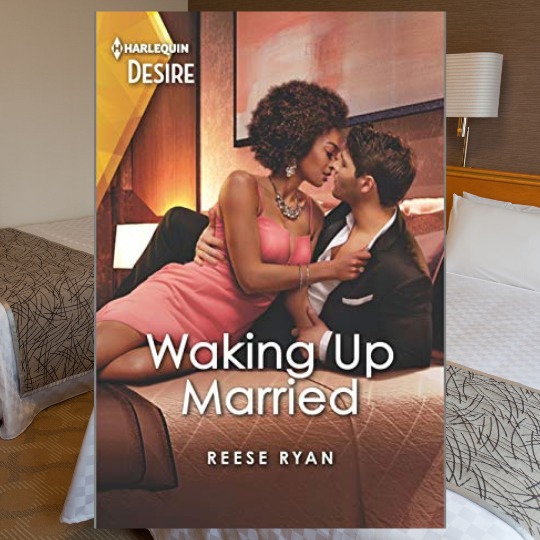 Hi, readers! Happy to be back with a new Reese Ryan special. We love Reese Ryan over here, and her next release sounds incredible. Waking Up Married isn’t so far away, in fact it releases on March 9th, so you don’t have to wait all that long. But if you are very desperate to have it in your hands, just like me, I have the perfect solution to all our problems. Keep reading so you can check out an exclusive excerpt for her next romance. 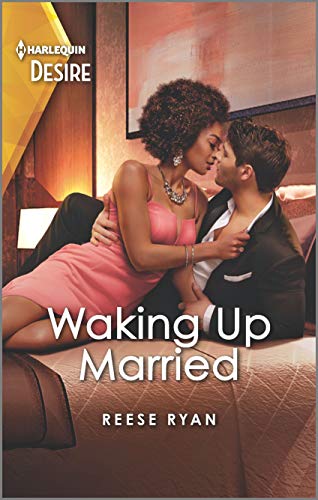 About Waking Up Married:

Will these friends’ temporary Vegas marriage lead to forever? Find out in this Bourbon Brothers novel from Reese Ryan!

What’s wrong with a little fake marriage between friends?

Their night on the town is a blank, but when Zora Abbott and Dallas Hamilton awaken in a Vegas hotel room, they’re man and wife. With news of the nuptials spreading virally, the high-profile best friends decide to stay married, temporarily. Maybe under the cover of marriage, Dallas can even make his best friend’s baby dream come true. But can their friendship survive their newly unleashed passions?

Zora awoke to harsh sunlight spilling into the room. Which room and where she was, exactly, her brain didn’t quite register. Her head was throbbing in response to the light filtering through her closed eyelids, so she had no desire to open them.

She sucked in a slow, deep breath, then cracked one eyelid open, followed reluctantly by the other. Her hair had fallen across her face and was blocking her vision. Which meant she probably looked a complete mess.

Zora swept the hair from her face and was greeted by sunlight gleaming off towering hotels on the Strip.

She was still in Vegas with Dallas. And she had some serious brain fog and one hell of a headache. Anything that had happened since the awards ceremony felt like a blur.

Zora honestly wasn’t sure if she’d lost a few hours or a few days, which was disconcerting. Definitely not responsible, CEO/mom-in-the-making behavior.

She could already see her smug older brother Parker gloating about her being irresponsible and unworthy of running the company. Which meant she was never, ever telling him that she’d apparently drunk her weight in… God, she couldn’t even remember what they’d been drinking.

Her head felt heavy, her tongue felt thick, she was too damned hot to be in an air-conditioned room and it felt like there was a weight around her middle. She needed coffee—lots of it—and an ibuprofen or four. And she wasn’t sure what time it was, but she could do with a few more hours of sleep, too.

Suddenly, the bed shifted, and the weight around her abdomen tightened.

Zora screamed and tried to scramble away from the body invading her space and trying to spoon her. But in her inelegant attempt to create some space between her and her random hookup, she lost her balance and tumbled over the edge of the bed. Her limbs flailed, and her ass hit the carpet with a thud.

A thick ass and thighs apparently did save lives.

Someone should put that on a T-shirt.

Zora tried to spring up, but her wrist hurt when she put weight on it.

Great. She might’ve sprained her wrist, too. Well, maybe she only had one good wrist. But her legs worked just fine. So she was fully prepared to knee this dude in the family jewels if he didn’t explain what he was doing in her bed.

The man suddenly shot up, as if he’d heard her scream on delay.

“What are you doing on the floor?”

Those words were spoken simultaneously, too.

“I’m not in your bed.” Dallas winced, as if every word he uttered was reverberating around his skull. “This is my room.”

She opened her mouth to object, but Dallas pointed to his army-green duffel bag on the floor, his favorite pair of cowboy boots leaning on the wall beside it.

Zora glanced around the room. The two master bedrooms in the suite looked identical, except the furniture was oriented in opposite directions. Besides, none of her stuff was here.

Dallas was right; she was in his room and in his bed. Zora glanced down, suddenly aware of the cold air chilling her mostly naked flesh. She was clad in a pretty, lacy, strapless and backless off-white bodysuit, which she didn’t recognize.

Zora’s confusion turned to panic, and her face suddenly felt hot. She glanced up to where Dallas had extended his large hand to her.

Despite his wince, he looked handsome. And her eyes couldn’t help following the smattering of light brown hair that trailed down his bare, broad chest and disappeared beneath the sheet pulled up to his waist.

Zora swallowed hard, then put her hand in his and allowed him to pull her to her feet.

“Nice…uh…bodysuit.” Dallas yawned, then tipped his chin toward the sheer, lacy garment that exposed more than a little of her hind parts.

“Very funny.” Zora tugged at the sheet to wrap it around herself. She gasped when she uncovered her friend’s morning wood—in all its naked glory. She quickly put the sheet back. “Dallas!” She shrieked. “Why aren’t you wearing any clothes?”

“Again…my room.” He gestured around the space. “I didn’t realize I had company in my bed, but normally when I do, they don’t mind that I sleep naked.” He winked, then winced again, grabbing his head. “Ow.”

“That’s what you get.” She folded her arms, then looked around the room. “Why am I in here and where are my clothes? Because, I assure you, this isn’t mine.” She pressed a hand to the fabric covering her belly.

“I kinda like it.” He stretched, seemingly unconcerned about the disturbing situation in which they found themselves.

Dallas’s laid-back demeanor was the perfect balance to her more…high-strung nature. Normally, she appreciated that about him and his ability to talk her off a ledge. He’d stopped her from doing a lot of ill-advised things over the years. But right now, when they had inexplicably shared a bed after a night of drinking and they were both in various states of undress, she wished her friend was experiencing at least a little of the panic that she was.

“I like this bodysuit, too,” Zora said. “But that isn’t the point. The point is that I didn’t buy it, or at least I don’t remember buying it.” Zora pressed a hand to her throbbing forehead.

“It matches that.” Dallas pointed to a garment thrown over a chair in the seating area by the window.

Zora walked over to the chair and picked up the backless little white minidress—just the kind of garment that would go well with the bodysuit she was wearing. But this dress didn’t belong to her, either.

Reese Ryan is the author of eight published works of romantic fiction, with five more hitting shelves in 2018. Her stories feature complex, deliciously-flawed characters. She presents her characters with family and career drama, challenging love interests, and life-changing secrets while treating readers to an emotional love story with unexpected twists.

Past president of her local Romance Writers of America chapter and a panelist at the 2017 Los Angeles Times Festival of Books, Reese is an advocate for the romance genre and diversity in fiction.

Hi, I'm Sil! 21. Mexico. she/her pronouns. I am the owner of the book blog, The Book Voyagers, where I blog and review books. Mainly, I focus on recommending and reviewing diverse books written by marginalized authors. You might also know me for doing book aesthetics and just shouting in capital letters about new books releasing. I'm a big fan of Adult Romance, but I also love Young Adult especially contemporary fiction and fantasy.
All Posts
PrevPreviousColor Code Your TBR: Red
NextRomantic Suspense Roundup: Top Picks for February 2021Next