Exclusive: You Can Go Your Own Way by Eric Smith Cover Reveal 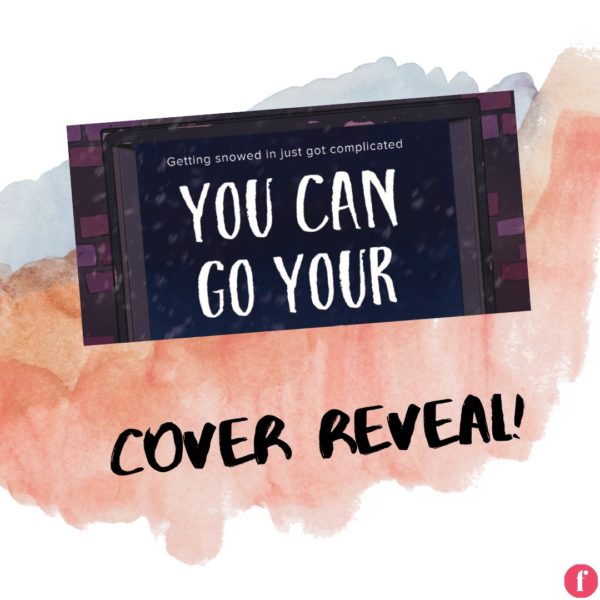 [Note from Frolic: We’re so excited to bring you this exclusive cover reveal of You Can Go Your Own Way by Eric Smith! First, a Q&A with Eric Smith himself.]

What inspired this story?

There are a few things that inspired this book, but I think what most notably made it happen… was coming home to my friends. My last novel, Don’t Read the Comments, was focused a lot on online relationships and distance. You Can Go Your Own Way is about being close, sometimes way too close, to the people you care about… and maybe being a bit oblivious about how much you care for them.

I went from being halfway across the country, to suddenly being surrounded by all my closest pals again, as well as the city I love so much. There’s a lot of love for Philly in this book.

Also, my Dad. When I was a kid, we would play this game called PinBot on the original Nintendo. He was a bit obsessed with it, and so was I… but mostly I was obsessed with the idea of just spending time with my Dad, playing this game. It was a way the two of us could bond over something. You’ll see a lot of that with Adam in the novel. How this one big thing ties him to his family.

How do you feel about the cover and does it represent any significant time in the story?

I am absolutely smitten with this cover. The purples and blues, and the soft neon, the pinball machines in the background… it all screams nostalgia, for a place that never quite existed. And with Adam on the cover like that, I just love seeing that kind of representation right there. I hope a teen reader picks it up and see themselves there.

As for the significant time in the story, it represents one of the big climatic points in the book… a huge snowstorm that sweeps through Philadelphia at the height of a winter festival, trapped Adam and Whitney in Adam’s family’s pinball arcade. And it’s there, that maybe they find themselves confronting some feelings. <3 This is a snowed-in rom-com, after-all.

What can fans expect from this book?

It’s a bit different than my other YA novels, like Don’t Read the Comments and The Girl and the Grove. You’re still going to get the same amount of love for Philadelphia, that’s for sure. But this book is a bit lighter. It digs into heavy topics, like toxic friendships and failing families, but there’s a lot of levity here.

I mean, 2020 was a tough year. I spent a lot of it reading so many romantic comedies, refilling that well one swoony novel at a time. And those books really inspired me. So there’s a lot laughs, a lot of yearning, and maybe a little less pop-punk and a bit more 70’s and 80’s rock.

I hope it makes you smile.

About You Can Go Your Own Way:

No one ever said love would be easy…but did they mention it would be freezing?

Adam Stillwater is in over his head. At least, that’s what his best friend would say. And his mom. And the guy who runs the hardware store down the street. But this pinball arcade is the only piece of his dad that Adam has left, and he’s determined to protect it from Philadelphia’s newest tech mogul, who wants to turn it into another one of his cold, lifeless gaming cafés.

Whitney Mitchell doesn’t know how she got here. Her parents split up. She lost all her friends. Her boyfriend dumped her. And now she’s spending her senior year running social media for her dad’s chain of super successful gaming cafés—which mostly consists of trading insults with that decrepit old pinball arcade across town.

But when a huge snowstorm hits, Adam and Whitney suddenly find themselves trapped inside the arcade. Cut off from their families, their worlds, and their responsibilities, the tension between them seems to melt away, leaving something else in its place. But what happens when the storm stops?

ERIC SMITH is an author and literary agent from Elizabeth, New Jersey. When he isn’t working on other people’s books, sometimes he tries to write his own. He enjoys pop punk, video games, and crying during every movie. He lives in Philadelphia with his wife and best friend, Nena, and their son, Langston. His other books include The Girl and the Grove, Don’t Read the Comments, and the forthcoming anthology Battle of the Bands, co-edited with Lauren Gibaldi.

Aurora Dominguez is a high school English teacher, college professor and journalist in South Florida. Her work has appeared in The Miami Herald, Where Magazine and J-14 Magazine, all places where she worked as a writer and editor before going from the newsroom to the classroom. Her favorite days are "Caturdays," which she spends with a good book, her husband, Sebastian, and her cat, Luna. Her motto when it comes to reading: "No book left behind!"
All Posts
PrevPreviousMy Top 10 Swoony Cowboy Book Boyfriends by Sasha Summers
NextBooks I Love to Give as Gifts by Brenda RothertNext