Find Out if Your Romance Hero Would Survive the Apocalypse by A.M. Geever 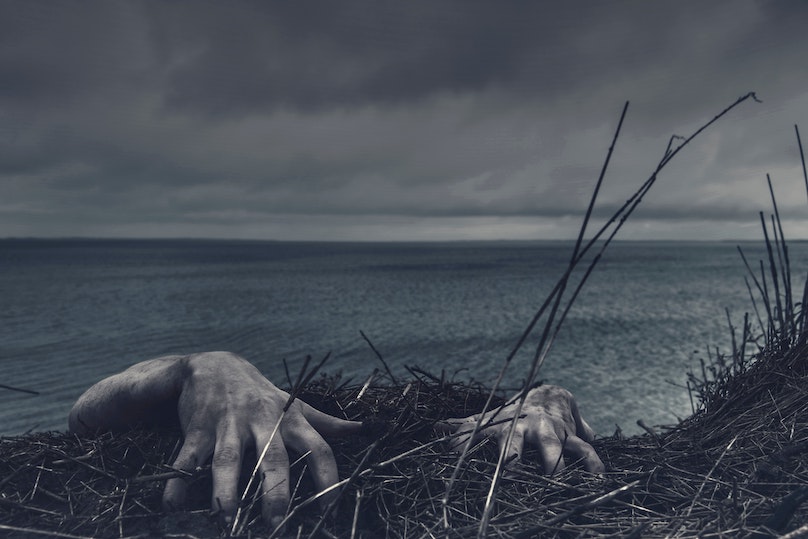 [Note from Frolic: We’re so excited to have author A.M. Geever guest posting on the site today. Take it away, A.M.!]

As an author of post-apocalyptic romance, I spend a lot of time dreaming up impossible scenarios, which is what finding romance and true love feels like at times. When you’re immersed in a story with characters you are completely invested in, who are so real and so right for each other but cannot get it together to get together, it can feel more impossible with every turn of the page.

The impossible I’m thinking of, however, is next level of impossible. Zombies. Plagues that wipe out 99% of the human race. Maybe even an alien invasion. The Undead Age trilogy takes place a decade after the Zombie Apocalypse, which begs the question… What kind of romantic hero will survive?

He’s smart. Successful. A snazzy dresser. He can read a room, call a bluff, take you to steamy, mind-blowing heights of sexual ecstasy that you never knew existed, and ink a bazillion-dollar deal without breaking a sweat. Jetting off to the Bahamas for dinner—just because, the designer clothes, the swanky mansions…what’s not to like? Death, that’s what. Don’t hitch your wagon to this guy, ladies. He has a guy for everything: driving his car, flying his jet, cooking his food. He even has a guy who helps him maintain that perfectly sculpted physique that makes you swoon. The Alpha Billionaire Romance Hero can do things, but he hasn’t done anything for himself in a very long time, except mixing that perfect martini. When zombies arrive he’ll spend too much time barking orders at people who have already bugged out, because it’ll never occur to him that this time, he should probably do it himself.

The Protector Romance Hero cares…about his family, his country, stray dogs, and kittens stuck in trees. He may be disillusioned by the hand life has dealt him. Maybe he never got over the girl who slipped through his fingers because he was young and foolish. You know the one; she just moved back to town after finally dumping the idiot that everyone could see wasn’t right for her. He goes to war when his country calls, charges into burning buildings, infiltrates drug cartels, and can wrangle a whole lot more than cattle in those Wranglers that fit him oh, so right. He keeps his cool even when he’s so scared he can’t see straight because deep down, he’s still that starry-eyed, idealistic young man who wants to make the world a better place. He is definitely not going to lose his you-know-what when zombies arrive, and his very first thought will be keeping you safe. All that just-cheated-death buzz has to go somewhere…get ready for some seriously steamy, post-apocalyptic one-on-one time.

He’s the guy your mother warned you about. The rules for everyone else just never seem to apply to him. And whether you’ll admit it or not, that makes him exciting because you never know what will happen when he’s around. You’ve moved on from when he broke your heart and are now happily engaged to his brother? Is that really going to stop him from pulling you into a closet at your own engagement party for the naughtiest, most mind-blowing sex of your life? He can convince you to do things against your better judgement because he makes right now more compelling than everything else. Which is exactly why the Bad Boy is a bad idea when it comes to choosing a Zombie Apocalypse Romance Hero, never mind the devastation he will rain down upon your happy love nest. There might be a good guy underneath all the crap who just needs the right woman to come along, the woman who helps him realize he doesn’t need to be the Bad Boy. Or, he might just be the Bad Boy. Either way, fleeing the undead is not when you want to figure that out, because the Bad Boy will squeak by just fine. But you? Not so much.

The Beta Romance Hero is often overlooked at first glance. Maybe it’s because he’s quietly unassuming. Maybe it’s because he gets those honey-do’s done the first time you ask, short-circuiting the sparks of conflict that can be fun at first, but that make you want to stick a fork in your eye three years down the line. The Beta can be hard to describe because he’s not defined by his flaws, but his strengths. He notices what you like, what you don’t, what makes you laugh, and what gets you hot and bothered. He definitely messes up, but he can come clean without too much song and dance. He’s not perfect, but he’s perfect for you. The fundamental trait of a Beta is that he pays attention, as in attention to detail. And yeah, girl! I am talking about that kind of detail. He’s never killed a zombie with a hammer before, but when he does, he’ll do it right the first time, shrug it off as no big deal, and find the perfect, zombie-proof hidey-hole to ride out the end of the world.

A.M. Geever lives in her hometown of Pittsburgh, Pennsylvania. An avid reader of science fiction and fantasy from an early age, the only job she ever wanted—besides being a writer—was to be a Star Fleet Officer. While she has always believed that the best stories are love stories, she was never the less surprised when she realized that she is indeed a writer of romance. When not dreaming of stories of survival in extraordinary circumstances, she spends most of her time with her family and fur babies, and loves to travel to exotic locales. Damage in an Undead Age, the second installment of her debut Undead Age Series, was released today. 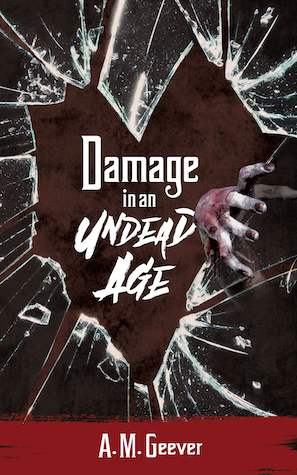 Damage in an Undead Age by A.M. Geever

It’s what you don’t see coming that kills you.

Safely hidden from San Jose’s City Council, Miranda Tucci almost believes that life can be good again. Reunited with Mario, and accompanied by her best friend Father Doug Michel, she has undertaken the hazardous journey to the Pacific Northwest. There, the trio of friends hopes to recreate the vaccine for the zombie virus.

But danger still lurks in what used to be civilization, and hearts can still be broken. If Miranda lowers her guard enough to nurture a small, soft dream, can she risk losing it without losing herself? And with the ravenous undead always in pursuit, can she stay alive long enough to see it come true?

1 thought on “Find Out if Your Romance Hero Would Survive the Apocalypse by A.M. Geever”

Where Romance and Pop Culture Live Happily Ever After.
All Posts
PrevPreviousTrope Rec Tuesday: Let’s Get Naked with My Roommate!
NextDaily Frolic: Lore Olympus Season FinaleNext