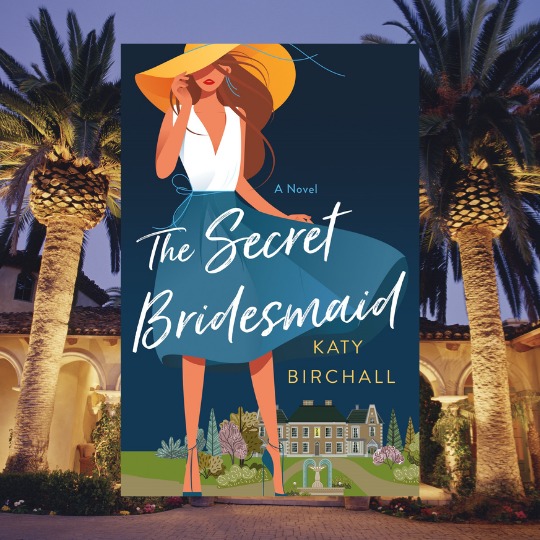 We are so excited to bring you this exclusive excerpt from The Secret Bridesmaid by Katy Birchall! 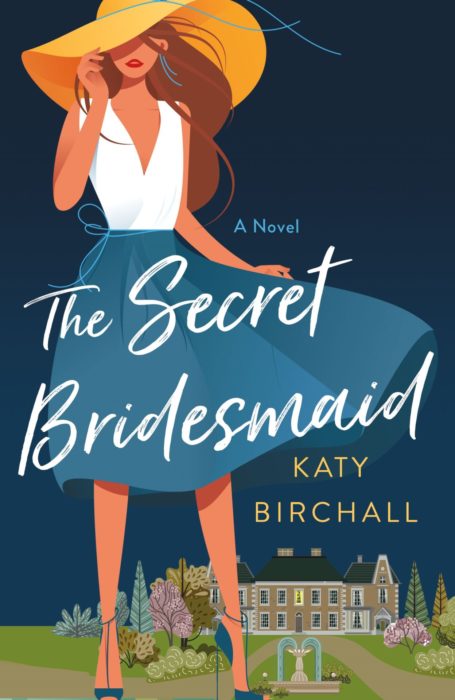 About The Secret Bridesmaid:

Sophie Breeze is a brilliant bridesmaid. So brilliant, in fact, that she’s made it her full-time job.

As a professional bridesmaid, Sophie is hired by London brides to be their right-hand woman, posing as a friend but working behind the scenes to help plan the perfect wedding and ensure their big day goes off without a hitch. When she’s hired by Lady Victoria Swann––a former model and “It Girl” of 1970’s London; now the Marchioness of Meade––for the society wedding of the year, it should be a chance for Sophie to prove just how talented she is.

Of course, it’s not ideal that the bride, Lady Victoria’s daughter, Cordelia, is an absolute diva and determined to make Sophie’s life a nightmare. It’s also a bit inconvenient that Sophie finds herself drawn to Cordelia’s posh older brother, who is absolutely off limits. But when a rival society wedding is announced for the very same day, things start to get…well, complicated.

Can Sophie pull off the biggest challenge of her career––execute a high-profile gala for four hundred and fifty guests in record time, win over a reluctant bride, and catch the eye of handsome Lord Swann––all while keeping her true identity a secret, and her dignity intact?

Heartwarming and hilarious, Katy Birchall’s The Secret Bridesmaid celebrates the joys (and foibles) of weddings, the nuances of female friendship, and the redeeming power of love in its many unexpected forms.

I glance at the dance floor. Harrison is currently pouring the third bottle of whiskey all over it with one hand, while waving a plastic lighter in the other. His shoes have already been lassoed round his head and tossed to the side during Queen’s “Don’t Stop Me Now.”

BABY!” he declared through the DJ’s microphone just moments ago.

Normally that would signal a series of fairly out-there dance moves—for example, the Worm. In this case, though, it would seem that Harrison intends literally to set the floor alight.

The crowd is delighted with this bizarre turn of events. The bride is not. Perhaps most surprisingly, the groom’s eighty-four- year-old grandmother is in the front row, cheering him on with calls of “Light that dance floor up, Harrison! You light it up!”

I need to act fast.

I turn back to Michelle and look determinedly into her watery eyes. “Everything is going to be fine, Michelle. Now, I need you to do two things. First, I want you to remember that one of the things you love most about Harrison is his spontaneity, his adven- turous spirit, and his willingness to take risks.”

Her eyes dart wildly to her new husband, who is now leading a chant of “LIGHT IT UP! LIGHT IT UP!” as he continues to add to the growing pool of whiskey.

“Second, I need you to go over to the bar and order ten flam- ing sambuca shots. They need to be lined up on the bar but not lit until I say. Got it? Now go! Go!”

Lifting the skirt of her ivory lace wedding dress, she runs full pelt in the direction of the bar, weaving through the tables and almost knocking over her great-aunt, who is still tucking into the exquisite crème brûlée dessert, oblivious to the groom’s antics.

I turn on my heel and hurry to join the DJ, snatching the microphone from him and bringing his repeated cries of “BRING ON THOSE DANCE-FLOOR FLAMES!” to a swift halt. He looks deeply offended until I shoot him my finely tuned disapproving stare.

The groom has now finished pouring the whiskey. Holding the lighter aloft, he clicks it. Nothing happens. He’s too drunk and it’s too slippery. He keeps trying, his forehead furrowed in concentration. This is the moment I’ve been waiting for.

“Ladies and gentlemen,” I say into the microphone, causing all heads to swivel in my direction, “please give it up for the bride, who is waiting at the bar for her new husband and the bridal party to join her!”

I point to the back of the room. The crowd turns to Michelle, who is waving happily.

“Time to light them, Michelle!” I instruct, beaming at her. The guests erupt into excited cheers.

As they make their way to her, Harrison remains standing on the dance floor.

“Wait! What was I about to do?” he asks himself, peering in confusion at the pool of whiskey at his feet. “Oh, yeah!”

“Don’t forget the groom, ushers!” I prompt hurriedly, causing them to interrupt his train of thought and lead him to his new wife.

I lower the microphone and turn to DJ Arnold. “Put on Ricky Martin, ‘Livin’ la Vida Loca.’ And you’re on your last warning.” After a polite request to the catering staff that they mop up  the whiskey, I lean on the back of a chair and watch from afar as Michelle and Harrison clink glasses and down their drinks, then encourage their mothers to follow suit.

As the mother of the bride slams her shot glass onto the bar, the guests go wild.

“Well done,” a voice says, from the table next to me. “That situation was escalating. I’m impressed with how you handled it.” I smile at the bride’s great-aunt, who has now finished her pudding, and is watching me curiously. Turns out, she was perfectly aware of the situation.

“It was nothing,” I assure her.

“Michelle is lucky to have such a fantastic bridesmaid. You seem very close. How do you know each other again?”

“Primary school—we’ve been friends for twenty-six years. I wouldn’t miss this for the world,” I say, grinning as Harrison lifts Michelle and twirls her around. I nod to the empty dessert plates. “Wasn’t the crème brûlée delicious?”

Only one of those three statements is true.

I have known Michelle for seven months, two weeks, and three days. And she’s paying me to be here.

The crème brûlée was delicious, though.

Katy Birchall is the author of numerous books for young readers, and the former Deputy Features Editor of Country Life magazine. The Secret Bridesmaid is her first adult novel and her American debut. She studied English Literature at the University of Manchester and currently lives in London.

Where Romance and Pop Culture Live Happily Ever After.
All Posts
PrevPreviousMid-Life Protagonists by Jackie Fraser
NextExclusive: Escape to Honeysuckle Hall by Rebecca Raisin Cover RevealNext