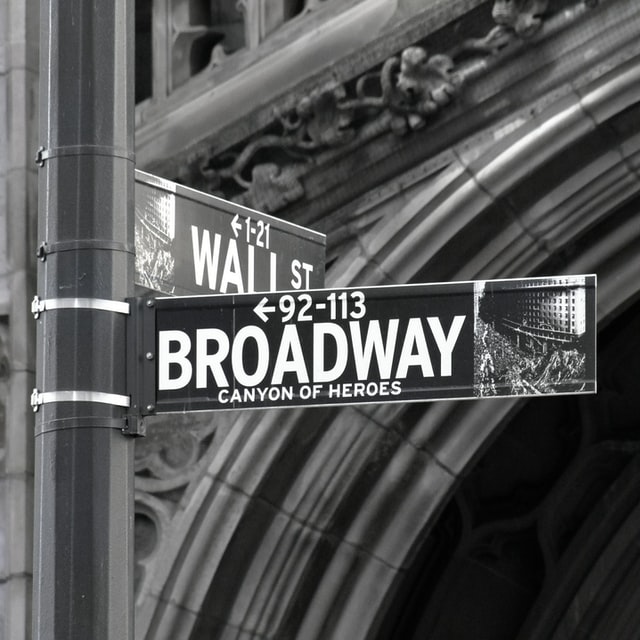 [Note from Frolic: We’re so excited to have author Melanie Crowder guest posting on the site today. She’s sharing her love of Broadway magic with us. Take it away, Melanie!]

Broadway has always been the stuff of dreams. It’s glitz and glamour and larger-than-life romance all set to magnificent song and dance. Especially during its Golden Age in the 1950s, when musicals like Oklahoma!, Guys and Dolls, and West Side Story were dazzling audiences and redefining the art form, the allure of Broadway was unlike anything else. There’s a reason why so many dreamers, then and now, set their starry eyes on those bright lights.

Mazie, the title character of my new YA novel, is one of them. She has big dreams, far bigger than the small Nebraska town where she grew up. But for her, chasing that Broadway dream is about more than just ambition. It’s about turning her back on expectations and limitations and claiming who she is and who she is meant to be. By daring to leave everything she knows and loves behind—her family, her boyfriend, and her home—Mazie is choosing to step fully into herself.

People ask me all the time why I write for the YA audience, and why characters in their teens are endlessly compelling to me. The answer is a mix of things, really. Those teen years are such a turbulent time when passions are high and possibilities are boundless. It’s a time of expansion, of necessary separation from what has been in order to embrace what will be.

It seems to me that right now we all, no matter our age, are in a time of becoming. The world we’ve known is gone and we’re holding our collective breath before a big leap into the unknown. Believe me—when I wrote this book, I had no idea how much we would all be wishing for a way to escape the everyday; how much we would all be craving the bright lights and big-hearted joy that is Broadway. I had no idea this book would find its readers at a time when, for the first time in history, those lights have gone dark for an extended period. I know I’m not the only one who cancelled plans to see a show this past year, who is sorely missing the intimacy and immediacy of live theater.

Mazie may be a creature of my imagination; she may have lived in the middle of the last century, but she’s one of us—daring to look beyond the borders of the family farm, wishing for the day when her world will open up to make room for her big dreams.

I hope readers find that escape they’re looking for in Mazie. I hope they find a little of the magic of Broadway now, when it’s impossible to see a show in person and feel the magic for themselves. I hope you all love dreaming alongside Mazie. I know I did. And I know, someday soon, the world will open back up for us all to make room for our dreams and our own becoming.

Melanie Crowder holds an MFA in writing from Vermont College of Fine Arts and is the author of the critically acclaimed Audacity and An Uninterrupted View of the Sky. She lives with her family on the Colorado Front Range. Visit Melanie online at www.melaniecrowder.net. Follow her on Twitter and Instagram @MelanieACrowder. 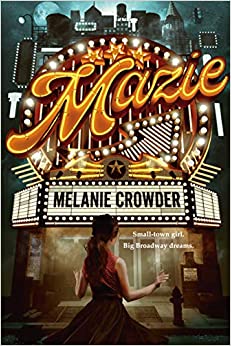 Mazie by Melanie Crowder, out February 25!

An eighteen-year-old aspiring actress trades in starry Nebraska skies for the bright lights of 1950s Broadway in this show-stopping novel from award-winning author Melanie Crowder.

Mazie has always longed to be on Broadway. But growing up in her small Nebraska town, that always seemed like an impossible dream. So when an opportunity presents itself to spend six weeks auditioning, Mazie jumps at the chance, leaving behind everything–and everyone–she’s ever known.

New York City is a shock to the senses: thrilling, but lonely. Auditions are brutal. Mazie’s homesick and she misses the boyfriend whose heart she broke when she left. Nothing is as she expected.

With money running out, and faced with too many rejections to count, Mazie is more determined than ever to land a role. But when she discovers that booking a job might mean losing sight of herself, everything Mazie always thought she wanted is called into question.

Mazie is the story of a girl caught between two lives–and two loves–as she navigates who she is, what matters most, and the cost of following her dream.

Where Romance and Pop Culture Live Happily Ever After.
All Posts
PrevPreviousNever Heard of a Cookbook Club? Here’s how to start your own!
NextExclusive: Renovation of Love by Meka James Cover Reveal and ExcerptNext