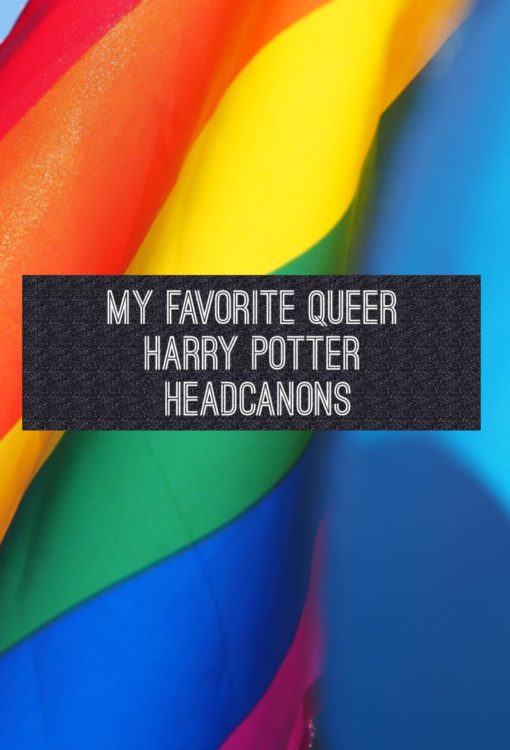 Yep. I’d close Deathly Hallows and open Sorcerer’s Stone back up immediately, ready to jump back into the Wizarding World. Periodically, I’d challenge myself to read the entire series in a week, something I’m quite sad to say I never succeeded at. However, I do have a wealth of knowledge about the Harry Potter universe that sometimes surfaces at inconvenient and inappropriate times.

There are 142 staircases inside Hogwarts. I know this because 1+4+2=7 and 7 is the most powerfully magical number. Why do I know that 7 is the most powerfully magical number? Because Tom Riddle said so to Horace Slughorn over a box of crystalized pineapple, which Harry witnessed in the pensieve after procuring the memory from Slughorrn after getting him drunk in Hagrid’s cabin (by successfully performing the refilling spell nonverbally). There are also seven Harry Potter books (duh), and there are seven Weasley kids (Ginny, Ron, Fred, George, Percy, Charlie and Bill).

You get the idea. I know too much about Harry Potter and I sure love talking about it. The other thing I love talking about is ships. There are so many wonderfully obscure things to ship in the Harry Potter universe. There are people who ship Dobby an the sorting hat, Percy and Hermione (please, God, no), and even Aunt Marge and Winky (seriously, what??). However, there are also some ships that are downright magical. Today, I’m sharing five of my favorite queer Harry Potter headcanons, as well as my favorite straight one, because I never miss an opportunity to talk about them.

Let’s get into it!

A Ravenclaw and a Gryffindor…a classic story of star-crossed lovers! We first meet Luna in Harry Potter and the Order of the Phoenix. Though the rest of the gang are somewhat reluctant to sit in the cabin with Luna, Ginny asks to join her right away. The girls’ friendship only grows as the books go on, and the way they team up in the Department of Mysteries is all kinds of badass and tropey. I can just picture Ginny and Luna teasing each other after Gryffindor flattens Ravenclaw at Quidditch. All I’m saying is that Ginny is clearly bisexual, and that there’s nothing in the books to suggest that nothing ever happened between her and Luna.

Enemies to lovers, anyone? These two seem to hate each other on the quidditch field, but that handshake in Sorcerer’s Stone is pretty suggestive. Shout out to one of my best friends from college for pointing this one out. I admit, grudgingly, that you are right. Flintwood is canon.

Though not technically a ship, I love thinking of Luna as ace! She can still end up with Ginny, or Neville, or, you know, Rolf Scamander (I have opinions). With Luna’s craftiness with things like gurdyroots and giant roaring lion hats, I can just imagine all of the adorable Pride jewelry she would make!

James and Sirius are like brothers, but Sirius and Remus might just be a perfect match! Think about it…the bad boy and the nerd!? The Prefect and the troublemaker!? The fanfiction practically writes itself.

These two!! They own my whole heart. You can’t tell me that they don’t have feelings for each other, or that those feelings didn’t come out during one of their private divination sessions with Trelawney.

This is the ship that I will go down with. Fred and Hermione. The jokester and the nerd. She sleeps in his house during summer break, for God’s sake! I get all fuzzy inside imagining them stealing away to the garden together and almost getting busted by troublemaking gnomes. Fred knows all of the secret passageways throughout the castle, so nothing in the canon can prove that nothing happened between them. There’s so much evidence of this. We covered it in this article a while back.

What’s your favorite ship from Harry Potter, canon or otherwise? Let us know in the comments below.