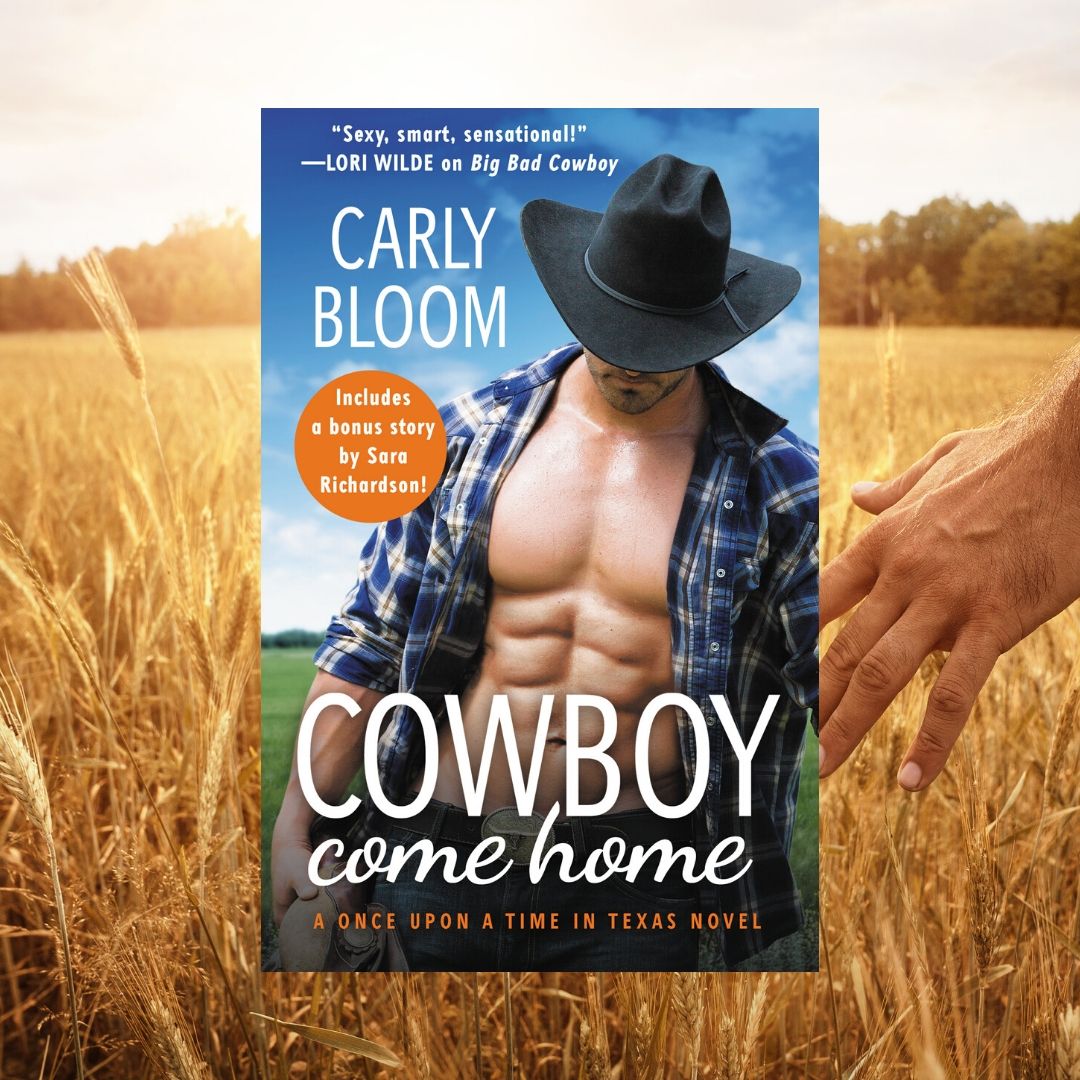 What an exciting excerpt of Cowboy Come Home from the wonderful western writer, Carly Bloom.

Some cowboys aren’t cut out to be Prince Charming and Claire Kowalski knows that better than anyone. She gave her heart to Ford Jarvis two years ago, yet that didn’t keep him from disappearing into the sunset. Now that he’s back in Big Verde, Texas, she’s determined not to make the same mistake twice. But the ruggedly sexy cowboy still knows how to push all her buttons and avoiding him is nearly impossible when she needs his help.

Ford didn’t plan on returning home — ever — but when he hears that the Kowalski ranch is in trouble, he hightails it back to town. He’s not eager to be reminded of the life he can never have, but his time in Big Verde is only temporary. He’ll stay long enough to get the ranch up and running, then hit the road again. But when Ford finds out that the new foreman he’s training is Claire, still as stubborn and beautiful as ever, this cowboy is going to have to decide what matters most — repeating the mistakes of the past or fighting for a future with the only woman he’s ever loved.

Ford sighed and shifted in his seat. That damn tugging sensation had become worse ever since his boots had hit Rancho Cañada Verde’s soil. He should have turned this gig down. But it was hard to say no to Gerome Kowalski, especially since he’d sounded just a hair shy of desperate.

Another glance at the weather radar showed a threatening cloud of red and hot pink just to the north, and it was headed straight for Big Verde. If they got a downpour, Wailing Woman Creek would swell, and the crossing would be under water. That meant he’d be cut off from the rest of the ranch until the water receded. As would the other two inhabitants this side of the creek—a hermit named Ruben, and Claire.

Ford’s right eye twitched. His thumb hovered over his phone. Don’t do it, dipshit.

He did it. Clicked on the Sizzle dating app and logged in. Because yes, he had a fucking login for a fucking online dating site. Hell, he’d never used any form of social media. Had snubbed it, in fact. And here he was with a Sizzle profile. A password, username, the whole nine yards. It was embarrassing, and he wasn’t even looking for a date. But he couldn’t see Claire’s profile if he didn’t have one of his own.

He wished he didn’t even know about Claire’s profile. But Beau had gleefully spilled the beans about it. It was clear that Beau had been hoping to get a rise out of Ford, but it hadn’t worked.

Why should Ford care if Claire was dating?

He wasn’t jealous or upset or concerned in any way. He didn’t have the right to be. At most, he was mildly curious.

He looked at Oscar, who stared back through squinty eyes that seemed to say, Curiosity killed the cat.

Ford clicked on Claire’s profile. His heart stuttered, and he dropped his chair back to all four legs at the sight of Claire’s smiling face framed by that mass of auburn hair. Bright blue eyes stared back at him. No, through him. He shook off the sensation that she knew he was looking, that he was doing something wrong or invading her privacy. Hell, she had put it out there. Obviously, she wanted people to see it.

On weekends you’ll find me: Shopping for ALL the shoes. Rock climbing by day, two-stepping by night, and enjoying everything the beautiful Texas Hill Country has to offer.

Ford had read these words probably ten or thirty times (who was counting?), but they still settled in his stomach like a block of concrete.

Claire’s Sizzle profile identified her as an “active” member. What did that mean? He sure hoped it didn’t mean she was out on a night like this. Especially since Beau told him she’d recently traded in her ranch truck for a bright red, impractical chunk of low-clearance tin called a Mini Cooper. Beau said she’d thought it was cute. Cute! Ford didn’t care if it had dimples and a lollipop, mini anythings were not safe. This was Texas. People went big in Texas, and that included vehicles. If a truck, or even a goddam deer, smacked into a mini whatever, it was going to do some serious damage. That bit of obviousness, combined with the fact that Claire drove her car even faster than she ran her mouth, worried the shit out of him.

And it shouldn’t. Because she wasn’t his to worry about, and God knows he was no Prince Charming. 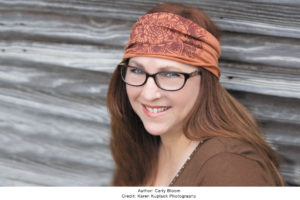 Carly Bloom began her writing career as a family humor columnist and blogger, a pursuit she abandoned when her children grew old enough to literally die from embarrassment. To save their delicate lives, Carly turned to penning steamy, contemporary romance. The kind with bare chests on the covers. Carly and her husband raise their mortified brood of offspring on a cattle ranch in South Texas.

Keira Soleore writes for the International Examiner and Cogitations & Meditations. She enjoys connecting with readers on Twitter (@keirasoleore) and through her website (www.keirasoleore.com). Her interests include medieval manuscripts, philosophy, poetry, picture books, choir, sunshine and beaches. Keira is a pseudonym.
All Posts
PrevPreviousFive Hilarious Tweets about Tiger King on Netflix
NextYour Work from Home Survival KitNext