Frolic-Exclusive Excerpt: Pregnant by the Playboy by Jackie Lau 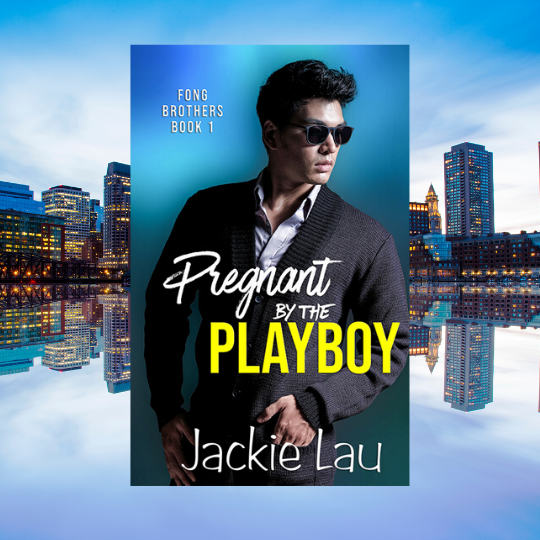 I have read a few of Jackie Lau’s books, and they have all been delightful, so I’m excited to bring you an excerpt of her newest book, Pregnant by the Playboy.

About Pregnant by the Playboy

I’ve got a pretty great life, if I do say so myself. I made a fortune when I sold my tech start-up, and I’ve spent the years since partying, drinking and inviting a parade of women into my bed.

I should be happy, but I feel an annoying lack of fulfillment, but there’s no way I’m going back to the work I did before.

At a friend’s party, I meet Marissa. We have hot sex against the door and agree to spend the weekend together. Just one weekend. I expect never to see her again.

Except now she’s pregnant with my baby…and I think this is the solution to all my problems. This is what will bring meaning to my life. I’m going to be a devoted father and husband.

Marissa — whose last name I still don’t know — wants me to be involved, though she rejects my marriage proposal. But before the baby arrives, I’m going to prove to her that I can be something other than a playboy.

And the rare times I set my mind to something, I don’t fail.

Telling your fling that you’re pregnant seems like something that should be done in private, so I’ve invited Vince to my condo. Fortunately, I already had his phone number. I asked for it before he took me home from the party, then texted it to Carrie, just in case.

Yesterday, I told him that I wanted to see him again, no more details.

And now I’m sitting at my kitchen table, waiting.

My phone rings. I buzz him up, then start pacing. What if Vince isn’t who I think he is? I only spent one weekend with him. I’m basing some of my assumptions on the two seconds I saw him looking at the picture of his niece.

Is it nerves? Or morning sickness?

I know morning sickness isn’t necessarily limited to the mornings. Pearl puked all day long. For three months. God, could I handle puking all day for three months?

There’s a knock on the door. My heart pounding, I open it up.

As soon as I see Vince, wearing a winter jacket on top of jeans and a sweater, I decide to just get it over with. I was going to make tea, and I’d bought some cookies, hoping that would somehow make the news go down easier.

“I’m pregnant and you’re the father and I’m keeping it,” I say in a rush.

He looks at me like he didn’t understand a word I said.

He says nothing, just nods.

“And you’re definitely the father. I haven’t been with anyone else in a long time.”

“And I’m planning to keep it.”

Vince just looks at me for another moment. My heartbeat quickens, and I worry he’s pissed and won’t want anything to do with this child.

I did not expect this reaction, but as the seconds tick by, his grin only grows.

“It’s important to me that you’re involved,” I say.

Vince envelops me in a hug

And then he does something I really did not expect.

He drops to one knee, takes my hand, and says, “Will you marry me?” 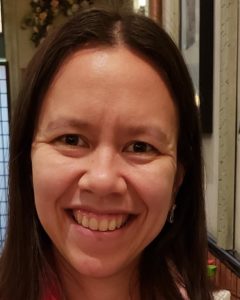 Jackie Lau decided she wanted to be a writer when she was in grade two, sometime between writing The Heart That Got Lost and The Land of Shapes. She later studied engineering and worked as a geophysicist before turning to writing romance novels. Jackie lives in Toronto with her husband, and despite living in Canada her whole life, she hates winter. When she’s not writing, she enjoys cooking, hiking, eating too much gelato and reading on the balcony when it’s raining.

Keira Soleore writes for the International Examiner and Cogitations & Meditations. She enjoys connecting with readers on Twitter (@keirasoleore) and through her website (www.keirasoleore.com). Her interests include medieval manuscripts, philosophy, poetry, picture books, choir, sunshine and beaches. Keira is a pseudonym.
All Posts
PrevPreviousCindy Callaghan: “I wanted to tell an engaging, entertaining, and exciting tween story that would appeal to all those audiences.”
NextLove YA: Top 3 Y.A. Reads for the Week of June 2ndNext