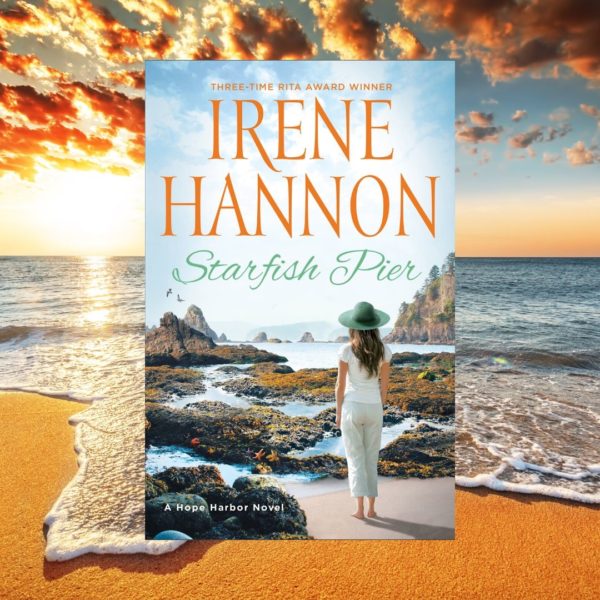 We’re so excited to bring you an exclusive excerpt from Starfish Pier by Irene Hannon!

A year ago, ex–Delta Force operator Steven Roark left the rigors of combat behind to run fishing charters in Hope Harbor, decompress, and talk some sense into his kid brother. Business is good—but making peace with his past is more challenging than he expected.

First-grade teacher Holly Miller leads a quiet, low-profile existence—until she’s recruited to advocate for a cause that’s dear to her heart. When she solicits Steven’s assistance, sparks fly—especially after they find themselves on opposite sides of an issue that disrupts their placid seaside community.

As these two seemingly incompatible souls search for common ground, might they discover a deeper connection—and find that love can banish darkness and light the way to a future filled with promise?

Maybe coming back to Oregon had been a mistake.

Expelling a breath, Steven Roark moved to the stern of the twenty-two-foot fishing boat where he spent his days and double-checked the cleat hitch knot on the mooring line.

Which was more than he could say for his place in the world—or in Hope Harbor.

Ducking into the foldaway canvas enclosure that offered a modicum of protection to charter clients on blustery, cold days—like this late March Saturday—he dropped into a deck chair and massaged his forehead.

From a business standpoint, the day had been productive. For this early in the spring, steelheads had been running better than usual on the river at the north end of town, and his customers had left satisfied with their catches. One of them had even hooked a twenty-pounder.

On the personal front, however, the day was a total bust.

Steven leaned forward, flipped the latch on a storage compartment, and retrieved the envelope he’d found in his mailbox yesterday, the address penned in Cindy’s fluid, curvy handwriting.

He pulled out the card, reread the printed verse, and skimmed the best wishes jotted inside by his sister-in-law under a crudely drawn smile icon that had to be his nephew’s handiwork.

His brother hadn’t bothered to sign his own name. Cindy had done the honors for both of them.

Stomach kinking, Steven shoved the card back in the envelope and hunched forward, elbows on knees.

No one but fish, a couple of pesky seagulls, and three taciturn customers for company. No cake or festive dinner shared with friends or family. No recognition of the day by his kid brother—nor any progress in their relationship.

And if he hadn’t made any inroads with Patrick after almost a year, there wasn’t much chance his sibling would come around in the future unless the status quo changed.

While mustering out of the army had seemed like the right decision twelve months ago after Cindy’s disturbing letter arrived in the Middle East, in hindsight—

“Hello? Is anyone on board?”

Steven jerked upright and squinted through the isinglass window.

A slender, thirtysomething woman stood on the dock beside his boat, a folder clutched against her chest. As the gusty wind whipped strands of her longish, light brown hair across her face, she brushed them aside and peered into the deck enclosure.

Given the shadowed interior on this gray day—plus the fog that had rolled in—she might not be able to make out his form.

That left him two options.

He could sink lower and ignore her . . . or give himself a birthday treat and chat with an attractive woman for a few minutes.

No contest, in light of the solitary evening that loomed ahead—providing she wasn’t here on some sort of bothersome business.

He set the card down, pushed aside the canvas that covered the opening, and emerged into the stern.

The woman hugged the folder tighter and gave him a wary once-over.

Understandable, given his disheveled state after a full day on the water and the coarse stubble that would be darkening his jaw by now.

“Can I help you?” Taking into account her poised-to-flee posture, he remained where he was.

“My name is Holly Miller. May I speak with you for a few minutes?”

Faint creases dented her brow. “On what?”

“On the reason for your visit. I’m not in the mood for a sales pitch.”

“I’m not selling anything.”

“Then we can talk.” For as long as she liked, since he had nothing more exciting to do.

How pathetic that the bright spot of his birthday was a visit from a nervous woman who looked as if she couldn’t wait to escape.

But it beat going home to an empty apartment.

“Um . . .” She surveyed the marina. “Could we sit somewhere? Like . . . back there?” She motioned toward crescent-shaped Dockside Drive, where benches and planters were placed along the sidewalk at the top of the sloping pile of boulders that led to the water.

“I have a few chores to finish here before I leave. Why don’t you come on board?”

She gave the craft a dubious sweep. “My sea legs aren’t the best.”

“There isn’t much motion in the marina.” Extending a hand, he moved toward her, toning down his usual take-charge manner. Based on her rigid stance, that sort of approach could frighten her off. “She’s easy to board, and we can sit there.” He indicated the unprotected bench seats along the edge of the stern.

It would be warmer—and far less windy—inside the portable enclosure he’d erected for today’s charter trip, but despite the windows it was safer to stay in the open. With all the misconduct allegations flying around these days, why take chances?

The craft gave an almost imperceptible bob as she transferred her weight, and she gasped. Tightened her grip.

She followed his instructions, but the maneuver was downright clumsy, and the instant both her feet were on the deck she groped for the seat and collapsed onto it in an awkward sprawl.

Pretty as his visitor was, she seemed to have been shortchanged in the gracefulness department .

And the pink hue that crept over her cheeks suggested she knew that.

He took a seat at the far end of the stern, leaving plenty of space between them. “You have the floor . . . or the deck.” He hiked up one side of his mouth. Holly Miller appeared to be wound up tight as the ubiquitous black turban snails that clung to the rocks on Oregon beaches. Perhaps a touch of humor would help her chill.

Her lips remained flat—and taut—as she set the folder in her lap, picked a speck of lint off her jeans, and zipped up her windbreaker as far as it would go. 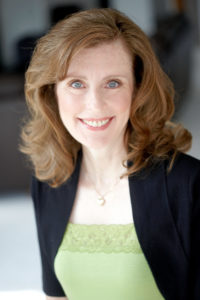 Irene Hannon is the bestselling author of more than fifty novels, including Hope Harbor, Sea Rose Lane, Sandpiper Cove, Pelican Point, and Driftwood Bay, as well as the Code of Honor, Private Justice, and Men of Valor suspense series. Her books have been honored with three coveted RITA Awards from Romance Writers of America, and she is a member of that organization’s elite Hall of Fame. Her many other awards include National Readers’ Choice, Daphne du Maurier, Retailers’ Choice, Booksellers’ Best, Carol, and Reviewers’ Choice from RT Book Reviews magazine, which also honored her with a Career Achievement Award for her entire body of work. In addition, she is a two-time Christy Award finalist.

Where Romance and Pop Culture Live Happily Ever After.
All Posts
PrevPreviousDaily Frolic: Locke and Key is Getting a Season Two!
NextBinge-Watch with Friends: The Best Netflix Party MoviesNext