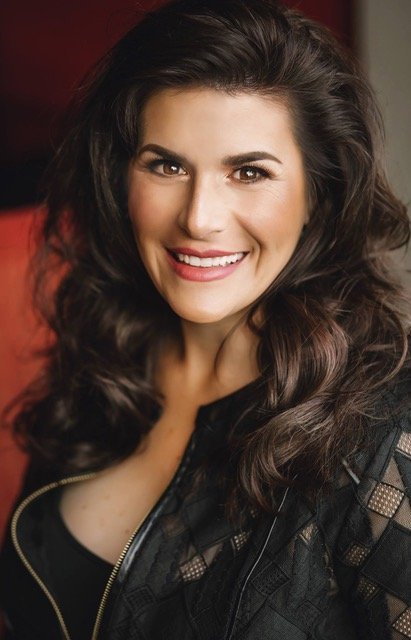 [Note from Frolic: We’re so excited to bring you this exclusive interview with author K. Bromberg!]

Tell us a little bit about the expanded KB world.

The expanded KB World is a project I’ve been working on over the past year that allows up and coming to well-established authors to write in my two most popular worlds. The Driven series is definitely what I’m most known for and has the biggest readerership and then there is my Everyday Heroes series which deals with three brothers, who are all first responders.

Each author participating in the KB Worlds project was able to pick a world to write in and characters to utilize in their stories.

I’m asked all the time if I plan to write more in these series, and at this time, I’m happy with where I left the characters and stories. (That’s not to say if I came up with a really great idea that I wouldn’t.) With that said, this is a great way for my characters to be kept alive in these new books.

Where did the inspiration to work with 175 authors in this way come from?

The inspiration for this project came from two different trains of thought coming together.

The first train of thought has to do with the fact that for years I’ve had people write fan fiction in my Driven world. I’ve also gotten emails saying “I’d love to write about such-and-such characters” in your world. I was always flattered by these emails or fan fiction stories but never really gave it much more thought than that.

The second train of thought centered around the notion that when I first started out writing and publishing in 2013, the market was so very different than it is today. I knew no one in the industry and spent a lot of time spinning my wheels learning and making mistakes. Nowadays, there is a treasure trove of knowledge everywhere you look, but the market is so very saturated that it is extremely hard for a new author to get visibility with readers.

I’ve been extremely fortunate in this happenstance journey I took when I published. More so than I ever could have imagined. So for me, this KB Worlds project is how I pay it forward. I give newer authors who are trying to gain visibility the chance to write in an established world already loved by readers. While I don’t necessarily help them every step of the way, I do guide them when asked as well as answer questions in frequent live Q&A sessions where I talk about my experiences as an author. While I know my experience, advice, and insight is only a small part of the whole, it’s good for them to see that an established author has the same fears, doubts, struggles, and processes that they do.

For me I’m hoping this project gives them the opportunity I wished I had when I started. It’s up to each of them to make what they will of it.

What are you hoping readers take away from the series?

Since all of the books in KB Worlds will be in Amazon’s Kindle Unlimited program, I’m hoping that readers get a chance to find new authors. Maybe they’ll pick up a book because they want to catch a glimpse of Colton Donavan (the hero of the Driven books) and then fall in love with this new author’s characters and writing. Maybe they’ll already know the author and then want to read more of the Everyday Heroes World. Regardless, I hope that readers are able to find some new authors, some new stories, and be able to get lost in our world for a while.

Are there any fun tropes/plot lines that you are particularly excited by?

There are so many it’s hard to single out just a few!!! We have contemporary romance in all forms (surprise baby, damaged alpha, hero complex, MC themed stories, M/M, paranormal, F/F . . . plus soooo many more!)  Most of the authors have opted to have my characters make guest appearances (so to speak) in their books so I can’t wait to see them again myself. I’ve read a few so far and have approved the plot outlines of the ones in progress, and I have to tell you I’m excited about all their creativity in building this world.

What is next for you?

For me, I have a jam-packed writing schedule. I just released the first book in Play Hard series. This series centers around four sisters helping to save their father’s sports management agency. Each book is a standalone that focuses on a different sister. Hard to Handle was released at the end of June and is a hockey, second-chance romance. The next book in the series, Hard to Hold, will be out this December.

In the middle of writing that series, I had an idea that nagged me. Normally I put ideas like that on the back burner until I finish the series I’m on . . . but this one wouldn’t go away, so I ran with it. That idea is actually my next book titled Flirting with 40 and it will come out September 15th. It’s a funny, light-hearted, swoon-worthy romance about an older woman who learns there’s nothing wrong with falling for a younger man.

Where Romance and Pop Culture Live Happily Ever After.
All Posts
PrevPreviousLove YA: Top 3 Y.A. Reads for the Week of August 4th
NextTwo Stories, Twice the Fun: Four Can’t-Miss Split Time Novels by Liz JohnsonNext