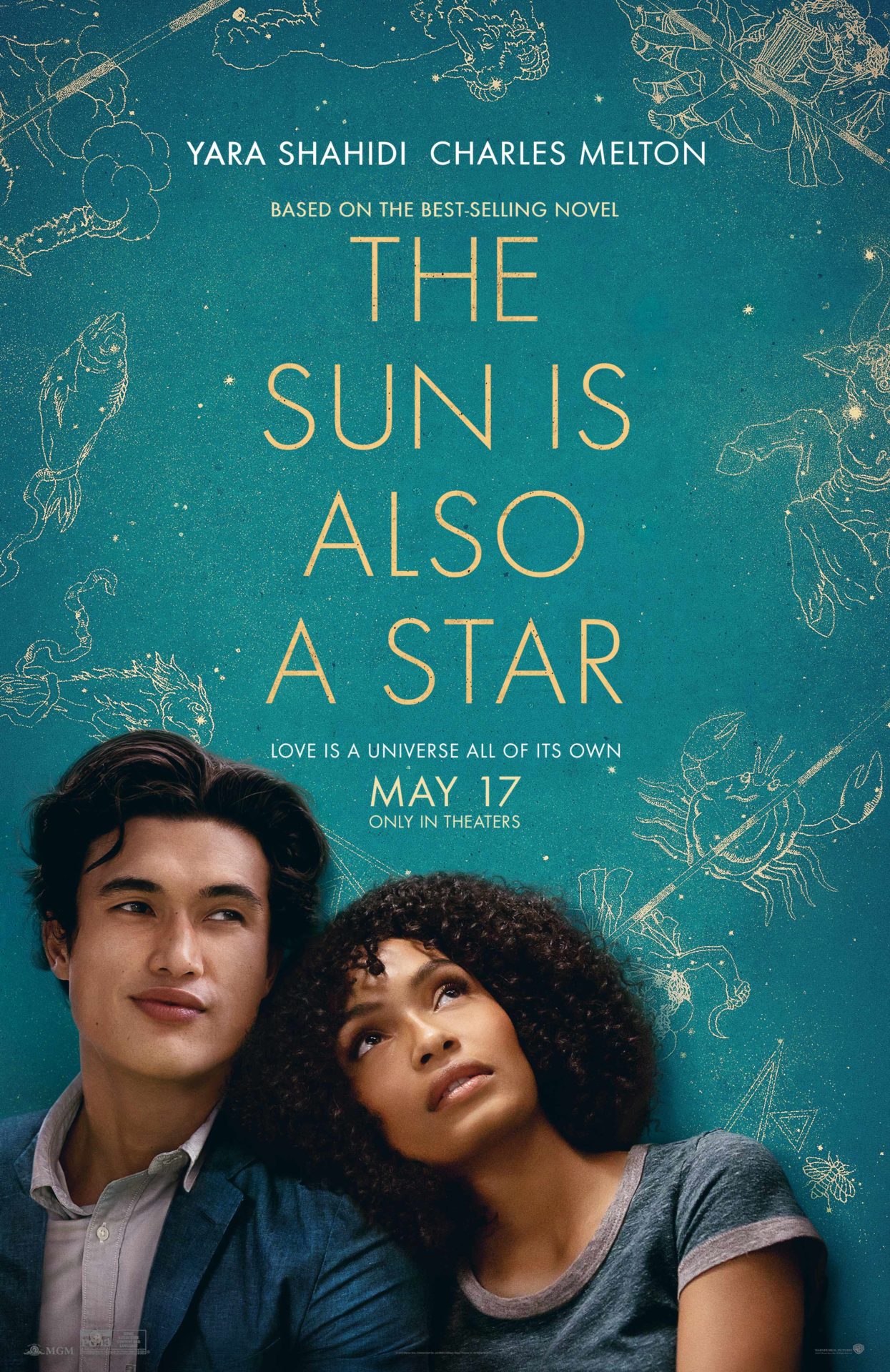 [Note from Frolic: We were honored to have a phone itnerview with the director of ‘The Sun is Also a Star,’ Ry Russo-Young.] 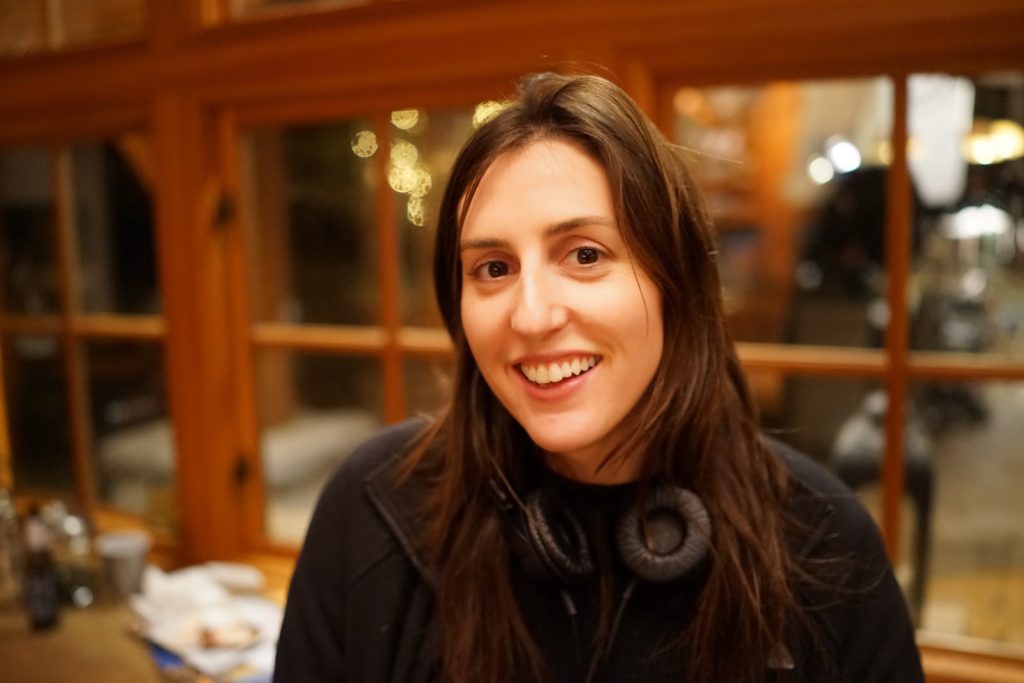 Frolic: What is your favorite love story of all time and why?

Ry: Romeo and Juliet, you know, Shakespeare is Shakespeare for a reason. It’s so epic, and it’s also ironically young adult. I remember when the Baz Lurhman film came out when I was a teenager. It was huge for me specifically, and I think for a lot of people at that time because it’s a story that is evergreen. You could make it at any time in any different iteration and it works because it’s that tried and true story.

I’ll tell you my B – Splendor in the Grass, it’s a film that I feel comes very very close to that Romeo and Juliet iconic incredible quality. It’s an Elia Kazan film with Warren Beatty and Natalie Wood, it’s also young adult, it’s about first love, the two main characters fall in love and they grow up and kind of have to grow apart. I don’t want to ruin it for you, you should go watch it!

Another great one, this is a lesser known movie, but it’s always stayed with me, and I’m sort of speaking to a canon right now of young love stories, is the movie Goodbye First Love directed by Mia Hansen-Love, and it’s this sort of epic young girl and her first love, and she sort of grows up and grows apart, but it’s sort of about how you never really ever get over that first love. It stays with you forever, for the rest of your life, and I adore it.

Frolic: You really have a tendency for YA romance.

Ry: Well this is the first YA romance I’ve ever made. Before I Fall is the movie I made before this, and it has romance in it, but it’s not a romance per se, so it was really fun and exciting for me to read Nicola Yoon’s book and dive into the canon of young adult romances, and romance in general, and see what makes it work, what doesn’t make it work, what makes it incredible, and what hit you emotionally and all that fun stuff.

Frolic: That’s very cool, what was it like for you when you first read that book, then put it down and just sat with what you’d just read?

Ry: I mean I love how rich and textured the characters were, everybody, Daniel and Natasha specifically felt like real people sitting in the room across from me, and they felt like people that I wanted to know, to see, to interact with, to listen to, and that was the big draw, and I think that’s the big draw of the movie. Yara and Charles are just so incredible, individually and together, they’re so different from each other. And watching them interact is just really really exciting. And not even just in this movie, in romances.

Frolic: Yes, they were so so talented. The fact that you considered these characters real people, do you think that made it easier or harder to cast them?

Ry: I think it made it easier in a weird way. The casting process was actually fairly quick, and I think it’s because once we identified the person, it was a no-brainer. 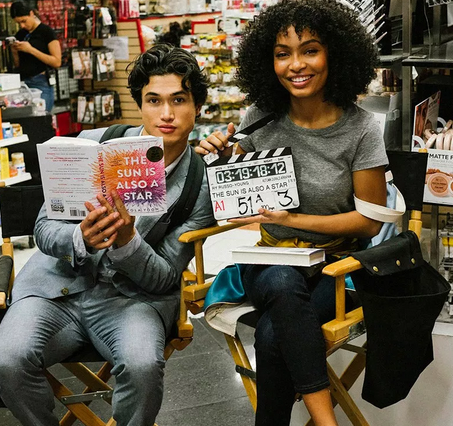 Frolic: That’s great. I’m sure when you know what it’s like to meet the characters, it’s obvious once you meet the actors.

Ry: Yeah, when you know the character, the actor can come very quickly. It just makes sense, you know?

Ry: It’s this weird, instinctual thing where it just makes sense. I think that Yara and Charles both share a lot of qualities with their characters

Frolic: Did you work fairly closely with the author, Nicola Yoon when you were developing this film?

Ry: Yeah, I mean Nikki was an amazing resource right from the very beginning, by just sitting down and telling me what she loves about the book, where it came from, and you know it’s based loosely on her relationship with her husband David who I met, we all had lunch together. And just to get a sense from her about what it means personally and really trying to capture that essence, and give her beautiful book justice.

Frolic: When you met the two of them together, did you feel like you were hanging out with Natasha and Daniel?

Ry: A little bit! It felt like I was hanging out with the adult version of Daniel and Natasha.

Frolic: For all the major fans of the book out there, were there any BIG changes you had to make in adapting the book to a film?

Ry: Not to be too self congratulatory, I think that we all captured the things that we loved about the book, but it’s a tricky thing, there’s always a bit of a translation issue because you just have less time, and the book just gives you a lot more time. One of the challenges is that the book really oscillates between Daniel and Natasha’s perspectives, from those different points of view, and so we had to figure out, how does that translate onto the screen? And sometimes we’d even go into other people’s perspectives.

There were other, smaller characters such as the guy who drives the BMW that hits Martinez – we had a little backstory on him – and in an early draft of the script, it was challenging because we wanted to include all those little characters, and see their stories. Not only to texture New York City, but so that it would contribute to this idea of a chain of occurrences happening, that idea of fate. We didn’t end up shooting those extra character scenes, only because there wasn’t enough real estate in the script to accommodate them.

I miss the scope that the book captures, but I think we did a good job of keeping our own scope to Daniel and Natasha.

Frolic: You guys shot a lot of exteriors in NYC, how was that?

Ry: Well I’m from New York originally. I went to that Cafe Reggio when I was a teenager. So it was really important to me to not shoot this film in Toronto, but in the actual New York, and have it feel really authentic to the city. That being said, it was very challenging because we were changing locations constantly, it’s noisy here, and the people there are really over film crews. It was definitely a physical challenge, but I think it was really worth it.

Frolic: I agree, and I always enjoy seeing New York City on the big screen. It’s been a while since I’ve seen a good New York City love story.

Frolic: Did you have a favorite moment on set?

Frolic: Did he really sing?

Ry: He did really sing! Yeah, we rehearsed it and everything. It was a really intimate scene, it was just a karaoke room with him, me, Autumn, the DP, and I think our sound guy. There was no room for anybody else, so it was just us getting into the zone of the scene and that was really fun.

Frolic: That’s so cool. So, hard left back to the book – who is your favorite author of all time?

Frolic: Nice. Do you have a favorite book of his?

Ry: Well, the reason I said that is because Catcher in the Rye has really stayed with me throughout most of my life. It’s hard to say “of all time” because there are a lot of books that have really affected me, but I remember things about that book that have just stayed with me even though I haven’t looked at it, I think, since high school.

Frolic: Wow, that’s cool. So if you could adapt your favorite book of all time, what would it be? Would it be Catcher in the Rye?

Frolic: Cool! I’ve got a really quick game of “This or That: Romance Edition.” Are you ready for this?

Ry: That sounds fun. Yes, a big gulp of coffee and then yes.

Frolic: YA or adult?

Be sure to go out and see The Sun is Also a Star, in theaters now!

Where Romance and Pop Culture Live Happily Ever After.
All Posts
PrevPrevious6 Romance Movie Recommendations For Every Mood
NextDaily Frolic: They’ve finally cast ‘The Hating Game’ and we are HERE FOR ITNext