Frolic’s Light Fright: Authors Share the Stories that Keep them Up at Night 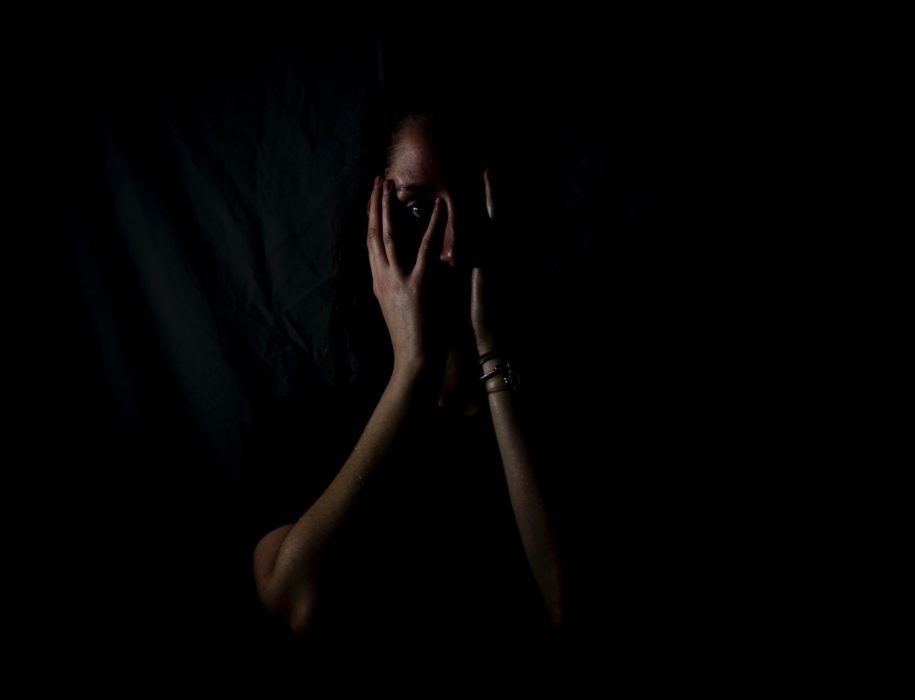 We’ve been waiting for this all month: it’s finally Halloween week!To celebrate, we asked some of our favorite authors our burning Halloween questions! Here are their answers.

One of my favorite scary stories changed the way I sleep at night. FOREVER. I was at a slumber party in junior high (as one does) and my best friend told this story about a girl who had a pet dog who would sleep under her bed every night. She’d put her arm over the bed, he’d lick her arm and she’d know she was safe because her dog was there. One day while watching the news she noticed that a murderer had escaped prison and was on the loose. It made her panic so much but she knew she had her dog to keep her safe.

Later that night, she put her hand over the bed and sure enough her dog gave her a few licks. She sighed happily was almost asleep when she heard it. Drip. Drip. Drip. Huh, she got up and looked around the house and found nothing, laid back down, her dog licked her hand and she was just about asleep when she heard it again. Drip, Drip. Drip. She went into the kitchen and checked the sink, then went and checked the spare bedroom. Nothing. She went to sleep, after having her dog lick her hand again, and woke up an hour or so later with the same sound only this time it was louder. Now she was annoyed, she got up and searched the entire house then paused when she noticed the basement door was open. She flicked on the lights and walked down the stairs and screamed in horror. Her dog was hanging from the ceiling, blood dripping from him to the ground in a huge puddle of blood.

And written in his blood on the wall were the words. “Humans can Lick Too.”

AND I JUST FREAKED MYSELF OUT AGAIN!

I can’t read them, those would make me cry lol!

I haven’t read a scary story since my obsession with the Goosebump novels when I was a kid. Two of my favorite Stephen King novels are The Girl Who Loved Tom Gordon and Misery, but those are more suspenseful than terrifying. Okay, maybe Misery is a little terrifying for a writer. More than a little.

My go-to story is about my parents’ former house that was haunted. I was actually the first one to live in it since my parents had to finalize the sale of their other house (three states away) and allow my younger brother to finish out his school year back home before they officially moved down. It was summer and I was working long hours (coming home near midnight) and

I would leave the lights on in the living room by the front door as well as the porch light when I’d leave for work (the house was on an inlet of a river and alligators were known to come up on the banks so I didn’t want to be surprised AKA scared out of my ever-loving mind). After moving in and coming home three nights in a row to pitch black darkness and checking/ensuring all the wiring and bulbs were up to snuff (which they were), I started to freak out a bit. Not to mention, the few grocery items I’d picked up on my way home from work and had left on the kitchen counter in my exhausted rush to get some sleep were noticeably moved the next morning. Finally, I decided to resort to the totally ridiculous and plead with whoever/whatever was messing with me. On the fourth night of coming home to find that all the lights I’d left on were, again, turned off, I spoke to the house. (Yes, it felt ridiculous and weird at the time, too, but desperate times call for desperate measures.) I’d said, “It’s really scary to come home to a dark house at night by myself. Would you PLEASE leave the lights on for me? Please?”

Shockingly enough, the lights were always on from that point on.

Whispers by Dean Koontz. Oh, man, that book was so terrifying I didn’t think I’d recover. He’s one of my all time favorite horror authors, along with Stephen King.

What are your favorite scary stories? Share them below!

Where Romance and Pop Culture Live Happily Ever After.
All Posts
PrevPrevious#TBT Recs: Happy Halloween!
NextStaying in Tonight? 5 Spooktacular Reasons why The Chilling Adventures of Sabrina is the Perfect Halloween BingeNext