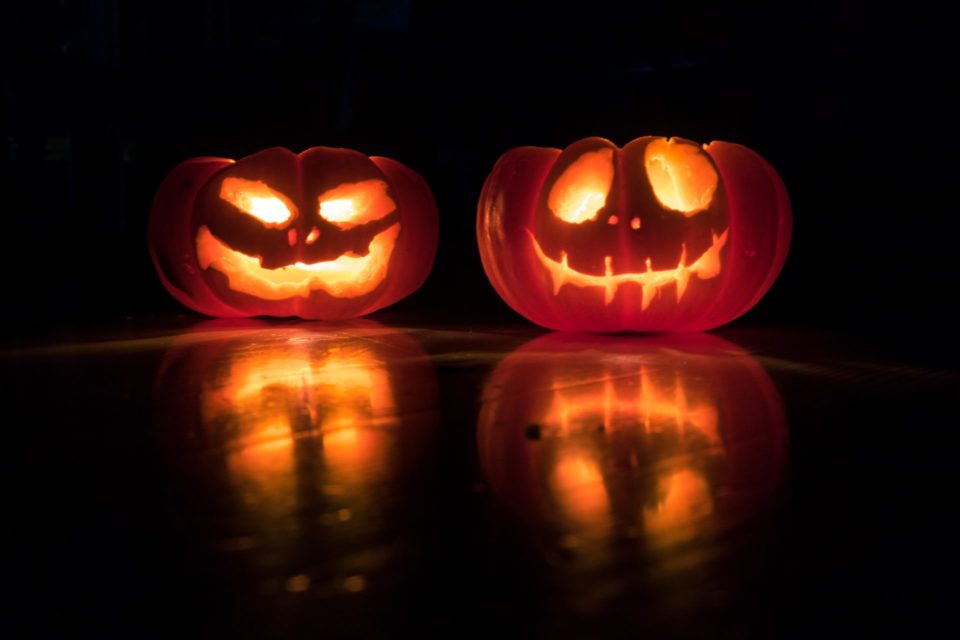 We’ve been waiting for this all month: it’s finally Halloween week! To celebrate, we asked some of our favorite authors our burning Halloween questions! Here are their answers.

My favorite Halloween costume so far has been my Wonder Woman costume because my son picked it out, oh he also paired it with a Gorilla head (he felt that Wonder Woman needed a mask like Spiderman, I guess in a way he’s not wrong?) The day we bought it he told me to put it on, he put on his Hulk costume, me and my Gorilla head Wonder Woman, and we rode bikes to the park. It was a billion degrees outside and we got a lot of weird looks but hey, he had an awesome day!

The year after Hocus Pocus showed at the movies, my friends and I dressed as the Sanderson Sisters for trick or treating (we called it ‘guising’ in Scotland). I was Winifred, my costume was entirely homemade, it was almost impossible to keep my hair in that updo the entire night, but I absolutely loved it! It’s one of my favorite Halloween memories from when I was a kid.

Fall is in the air! It’s such an incredible time of year, when you can actually taste the season changing, everything beginning to shift as the air cools as the trees take a breath to regroup for the spring.

That also means it’s Halloween time, which has always been such a fun holiday for my family – my husband is all about it, so he’s always tried to come up with awesome costumes for our kids.

But sometimes even Chad and I get into it! My favorite costume ever was from about five years ago when my in-laws threw this crazy, over-the-top Halloween party. Legit, every single room in their house was decorated. It was like walking into a haunted house. So cool. And my husband and I SLAYED WITH OUR COSTUMES! My husband was the Geico Caveman (it was kinda hot **shrugs**) and I was Flo from Progressive. Forbidden love and all. It was so much fun watching everyone’s reaction. We totes won Halloween that year!

But if I were dressing as my favorite paranormal creature? This girl would be dressing as a vampire. I just can’t help myself—there is just something so incredibly sexy about vampires. I just hear the word vampire and yum.

I’m not the least bit creative when it comes to costumes, so my go-to costume for Halloween is to dress up as a “holy cow.” I can’t lie—my light-up halo is the most fun part of the costume. (I’ve attached a pic.) 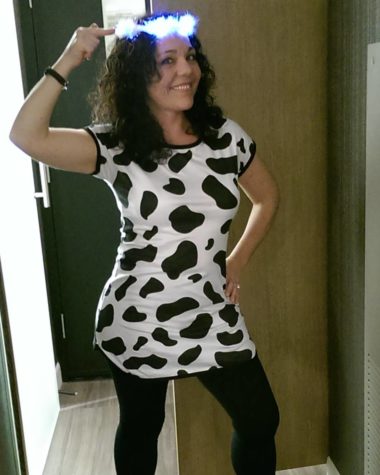 Belle from Beauty and the Beast or Snow White!

When I was pregnant with my first child, I was only 23, and lived in a college town. Every year at Halloween, they’d shut down the streets and all the students would be out drinking. Since I couldn’t drink that year, I was the sober one who wrangled all my friends. To be funny, I wore a nun costume. So I was a pregnant nun. Unfortunately, there aren’t any photos of me in this costume. That’s probably a good thing!

What’s YOUR favorite Halloween costume? Let us know in the comments!

Where Romance and Pop Culture Live Happily Ever After.
All Posts
PrevPreviousOur Favorite Things in Entertainment This Week
Next100 Days in Europe: Episode 5Next