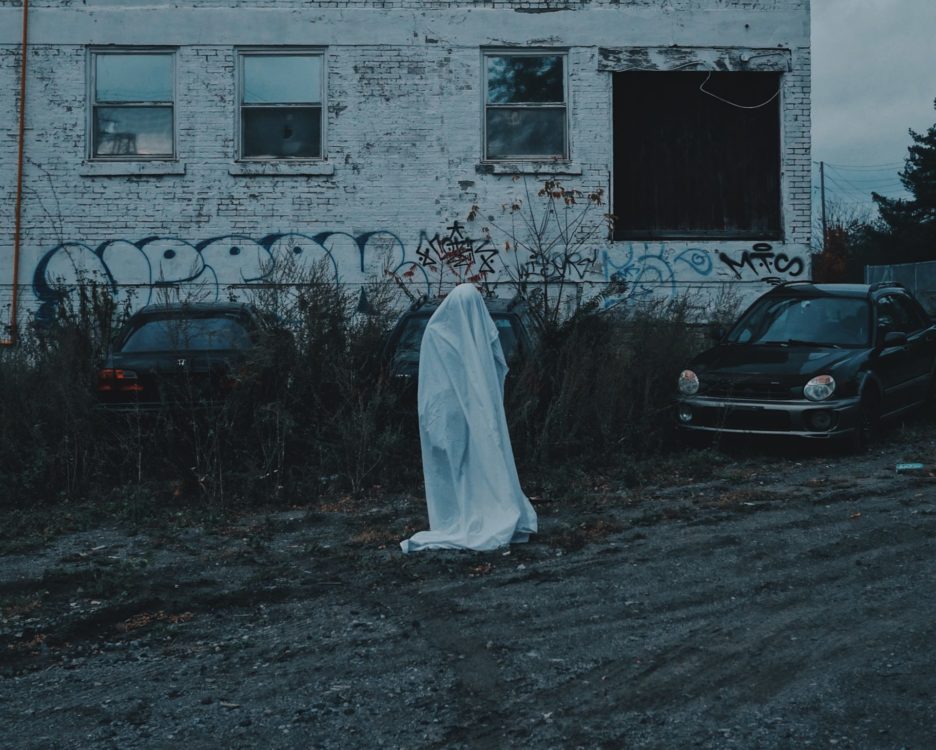 We’ve been waiting for this all month: it’s finally Halloween week! To celebrate, we asked some of our favorite authors our burning Halloween questions! Here are their answers.

Frolic Asks: Have You Ever had a Paranormal Encounter?

The people in my life who I’ve lost leave me feathers. I find them everywhere, especially when I need them most.

I visited Cincinnati for a book signing a few years ago and stayed at an old hotel, built in 1882, that had been renovated. It was a beautiful hotel. But… do you know that sensation you feel on your face when someone is watching you? Well I was lying in the gorgeous four poster bed the first night and I couldn’t rid myself of that feeling. It became oppressive and discomforting, like someone was bending over the bed, face close to mine. I thought it might be my mind playing tricks because of my jetlag, but then I heard this squeak, squeak, squeak from the bathroom, followed by the sound of flowing water. When I got up to check it out, the taps of the bathtub had been turned on! I could not sleep at all and tried to brush off the incident, but the next morning, before I could say anything, two of my author friends approached me and without preamble, announced, “This place is haunted!” They’d had similar experiences in their own rooms. Suffice to say, I did not sleep a wink that entire trip.

It was in the house my parents owned. The prior family who’d owned/lived in it had been in witness protection and they were murdered in it. (The story we were told by the longtime neighbor across the street was the teenage daughter got upset with the parents and let the bad guys in the front door in the middle of the night. The parents and young son were killed. The daughter’s body was found on the side of a road a few miles out of town.)

For whatever reason, strange things only happened when I or my mother were either alone in the house or if we were up/awake when my father and brother were asleep. Items on kitchen counters would be rearranged, screen doors which were locked would be unlocked and opened, lamps would turn off, and then there were unexplained shadows. We think that “it” was still angry at the daughter double-crossing them and that might possibly be why it was “messing” with the females living in the house.

My friend and I roomed together back in our twenties, and we rented an old Victorian carriage house that was built ages ago and had a long history. We had a ghost in our apartment. Things would move, or the temperature would suddenly drop. But the most intense encounter was when I was in the living room watching a movie – it was 3am exactly – then all of a sudden I saw a shadow in front of me and the curtain was ripped open! Holy crap! I screamed and raced into my bed and pulled the covers over my head till morning. But honestly, we always felt it was a friendly ghost and she meant no harm (it was definitely a female we just both knew that)! But we never went into the basement where the laundry machines were kept. We both agreed something dark was down there so we kept going to our parents’ to do laundry hahahah!

I once felt something pull on my bedsheet. I thought it was my dog Row, but when I looked around, Row was asleep. 😱

Happy Halloween! We’d love to hear about your paranormal experiences. Share them below!

Where Romance and Pop Culture Live Happily Ever After.
All Posts
PrevPreviousStaying in Tonight? 5 Spooktacular Reasons why The Chilling Adventures of Sabrina is the Perfect Halloween Binge
NextDaily Frolic: The Cutest Dog Halloween Costumes You Will Ever SeeNext