Frolic’s Top 10 YA Reads for September 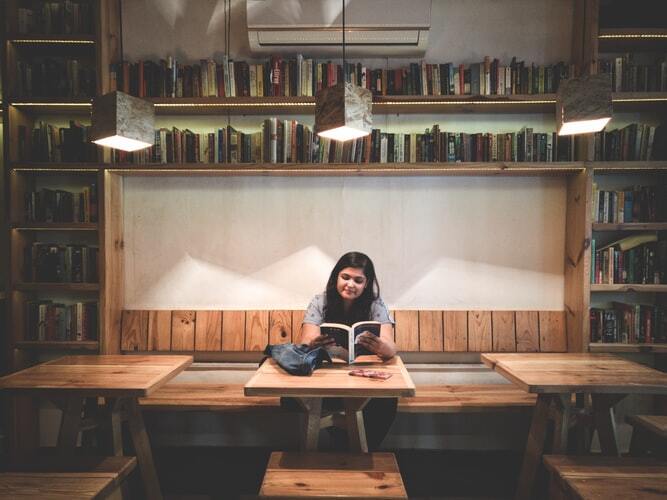 It’s September, and Fall is around the corner! Below, as your YA expert, I’ve picked 10 books that will get your TBR ready for the season! Enjoy these picks and their official synopses. 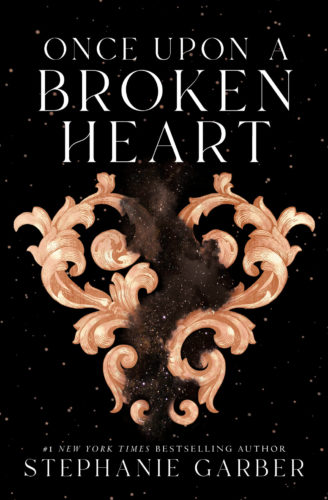 Once Upon a Broken Heart by Stephanie Garber (September 30)

Evangeline Fox was raised in her beloved father’s curiosity shop, where she grew up on legends about immortals, like the tragic Prince of Hearts. She knows his powers are mythic, his kiss is worth dying for, and that bargains with him rarely end well.

But when Evangeline learns that the love of her life is about to marry another, she becomes desperate enough to offer the Prince of Hearts whatever he wants in exchange for his help to stop the wedding. The prince only asks for three kisses. But after Evangeline’s first promised kiss, she learns that the Prince of Hearts wants far more from her than she’s pledged. And he has plans for Evangeline that will either end in the greatest happily ever after, or the most exquisite tragedy.

The kingdom of Kandala is on the brink of disaster. Rifts between sectors have only worsened since a sickness began ravaging the land, and within the Royal Palace, the king holds a tenuous peace with a ruthless hand.

King Harristan was thrust into power after his parents’ shocking assassination, leaving the younger Prince Corrick to take on the brutal role of the King’s Justice. The brothers have learned to react mercilessly to any sign of rebellion–it’s the only way to maintain order when the sickness can strike anywhere, and the only known cure, an elixir made from delicate Moonflower petals, is severely limited.

Out in the Wilds, apothecary apprentice Tessa Cade is tired of seeing her neighbors die, their suffering ignored by the unyielding royals. Every night, she and her best friend Wes risk their lives to steal Moonflower petals and distribute the elixir to those who need it most–but it’s still not enough.

As rumors spread that the cure no longer works and sparks of rebellion begin to flare, a particularly cruel act from the King’s Justice makes Tessa desperate enough to try the impossible: sneaking into the palace. But what she finds upon her arrival makes her wonder if it’s even possible to fix Kandala without destroying it first.

Set in a richly imaginative world with striking similarities to our own, Brigid Kemmerer’s captivating new series is about those with power and those without . . . and what happens when someone is brave enough to imagine a new future.

Thanks to a DNA test, Avery knows that she’s not a Hawthorne by blood, but clues pile up hinting at a deeper connection to the family than she had ever imagined. As the mystery grows and the plot thickens, Grayson and Jameson, two of the enigmatic and magnetic Hawthorne grandsons, continue to pull Avery in different directions. And there are threats lurking around every corner, as adversaries emerge who will stop at nothing to see Avery out of the picture—by any means necessary.

As a Striker, Talin was taught loyalty is life. Loyalty to the Shield who watches your back, to the Strikers who risk their lives on the battlefield, and most of all, to Mara, which was once the last nation free from the Karensa Federation’s tyranny.

But Mara has fallen. And its destruction has unleashed Talin’s worst nightmare.

With her friends scattered by combat and her mother held captive by the Premier, Talin is forced to betray her fellow Strikers and her adopted homeland. She has no choice but to become the Federation’s most deadly war machine as their newest Skyhunter.

Red is no stranger to the cruelty of the Federation or the torture within its Skyhunter labs, but he knows this isn’t the end for Mara – or Talin. The link between them may be weak, but it could be Talin and Red’s only hope to salvage their past and safeguard their future.

In the Herrani court, rumors begin to grow of a new threat rising across the sea, of magic unleashed on the world, and of a cruel, black-haired queen who can push false memories into your mind, so that you believe your dearest friends to be your enemies.

Sid doesn’t know that this queen is Nirrim, who seeks her revenge against a world that has wronged her. Can Sid save Nirrim from herself? Does Nirrim even want to be saved? As blood is shed and war begins, Sid and Nirrim find that it might not matter what they want…for the gods have their own plans.

Magic doesn’t exist in the broken city of Lkossa anymore, especially for girls like sixteen-year-old Koffi. Indentured to the notorious Night Zoo, she cares for its fearsome and magical creatures to pay off her family’s debts and secure their eventual freedom. But the night her loved ones’ own safety is threatened by the Zoo’s cruel master, Koffi unleashes a power she doesn’t fully understand—and the consequences are dire.

As the second son of a decorated hero, Ekon is all but destined to become a Son of the Six—an elite warrior—and uphold a family legacy. But on the night of his final rite of passage, a fire upends his plans. In its midst, Ekon not only encounters the Shetani—a vicious monster that has plagued the city and his nightmares for nearly a century—but a curious girl who seems to have the power to ward off the beast. Koffi’s power ultimately saves Ekon’s life, but his choice to let her flee dooms his hopes of becoming a warrior.

Desperate to redeem himself, Ekon vows to hunt the Shetani down and end its reign of terror, but he can’t do it alone. Meanwhile, Koffi believes finding the Shetani and selling it for a profit could be the key to solving her own problems. Koffi and Ekon—each keeping their true motives secret from the other—form a tentative alliance and enter into the unknowns of the Greater Jungle, a world steeped in wild magic and untold dangers. The hunt begins. But it quickly becomes unclear whether they are the hunters or the hunted.

The boys of Huaxia dream of pairing up with girls to pilot Chrysalises, giant transforming robots that can battle the mecha aliens that lurk beyond the Great Wall. It doesn’t matter that the girls often die from the mental strain.

When 18-year-old Zetian offers herself up as a concubine-pilot, it’s to assassinate the ace male pilot responsible for her sister’s death. But she gets her vengeance in a way nobody expected—she kills him through the psychic link between pilots and emerges from the cockpit unscathed. She is labeled an Iron Widow, a much-feared and much-silenced kind of female pilot who can sacrifice boys to power up Chrysalises instead.​

To tame her unnerving yet invaluable mental strength, she is paired up with Li Shimin, the strongest and most controversial male pilot in Huaxia​. But now that Zetian has had a taste of power, she will not cower so easily. She will miss no opportunity to leverage their combined might and infamy to survive attempt after attempt on her life, until she can figure out exactly why the pilot system works in its misogynist way—and stop more girls from being sacrificed.

The ancient world of magic is no more. Its heroes are dead, its halls are ruins, and its great battles between Light and Dark are forgotten. Only the Stewards remember, and they keep their centuries-long vigil, sworn to protect humanity if the Dark King ever returns.

Sixteen-year-old dock boy Will is on the run, pursued by the men who killed his mother. When an old servant tells him of his destiny to fight beside the Stewards, Will is ushered into a world of magic, where he must train to play a vital role in the oncoming battle against the Dark.

As London is threatened by the Dark King’s return, the reborn heroes and villains of a long-forgotten war begin to draw battle lines. But as the young descendants of Light and Dark step into their destined roles, old allegiances, old enmities and old flames are awakened. Will must stand with the last heroes of the Light to prevent the fate that destroyed their world from returning to destroy his own.

When Elton Irving turned Holly Liddell into a vampire in 1987, he promised her eternal love. But thirty-four years later, Elton has left her, her hair will be crimped for the rest of immortality, and the only job she can get as a forever-sixteen-year-old is the midnight shift at Taco Bell.

Holly’s afterlife takes an interesting turn when, she meets Rose McKay and Ida Ripley. Having also been turned and discarded by Elton—Rose in 1954, and Ida, his ex-fiancée, in 1921—they want to help her, and ask for her help in return.

Rose and Ida are going to kill Elton before he turns another girl. Though Holly is hurt and angry with Elton for tossing her aside, she’s reluctant to kill her ex, until Holly meets Parker Kerr—the new girl Elton has set his sights on—and feels a quick, and nerve-wracking attraction to her.

When a letter from her uncle Henrik arrives on Bryn Roth’s eighteenth birthday, summoning her back to Bastian, Bryn is eager to prove herself and finally take her place in her long-lost family.

Henrik has plans for Bryn, but she must win everyone’s trust if she wants to hold any power in the delicate architecture of the family. It doesn’t take long for her to see that the Roths are entangled in shadows. Despite their growing influence in upscale Bastian, their hands are still in the kind of dirty business that got Bryn’s parents killed years ago. With a forbidden romance to contend with and dangerous work ahead, the cost of being accepted into the Roths may be more than Bryn can pay.

Aurora Dominguez is a high school English teacher, college professor and journalist in South Florida. Her work has appeared in The Miami Herald, Where Magazine and J-14 Magazine, all places where she worked as a writer and editor before going from the newsroom to the classroom. Her favorite days are "Caturdays," which she spends with a good book, her husband, Sebastian, and her cat, Luna. Her motto when it comes to reading: "No book left behind!"
All Posts
PrevPreviousSeptember is for Love: 9 Upcoming Gay Romances by Jeff Adams and Will Knauss
NextWeekend Podcast Guide: Book Previews and MoreNext