Gae Polisner: “…I wondered how that shaped and affected my vulnerability to men and misogyny in later years.” 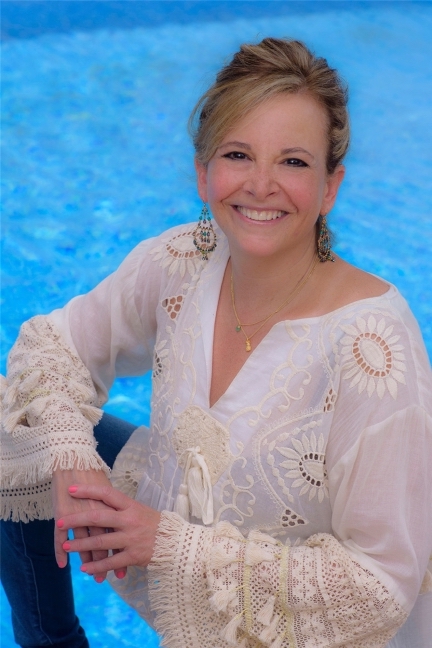 [Note From Frolic: Our resident YA expert Aurora Dominguez got the opportunity to interview author Gae Polisner and ask her five(ish) questions. Gae’s novel ‘Jack Kerouac is Dead To Me‘ is out now!] 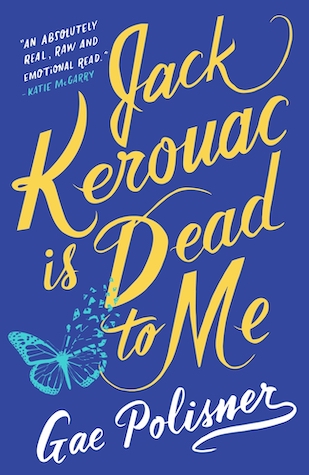 Aurora: What was your inspiration behind your most recent novel, Jack Kerouac Is Dead to Me?

Gae Polisner: The initial inspiration was the title – I actually woke up with it in my head one morning years ago, shortly after I sold my debut novel The Pull of Gravity (fsg 2011), which has a main Of Mice and Men theme running through it. I guess the classics were on my mind. Of course, I wouldn’t normally write a whole novel around a title but for some reason, this one really spoke to me.  So I began to ask myself, “Why?” Why would my main character – let’s say, a 15 year old girl — not only know who Kerouac was, but hate him? And the plot for the novel began to come to me.

But the heart of the story – which I hope is a lyrical and non-didactic exploration of the fragility of female friendship — came to me via conversations with my editor as the #metoo conversations in our country were escalating, because growing up, especially in high school, I was repeatedly assaulted, bullied and judged, but not by boys . . . but by girls. And, so, I wondered how that shaped and affected my vulnerability to men and misogyny in later years. I strongly felt there was a correlation, and as I began to speak publicly about it, more and more women came to me and thanked me for speaking out. The bottom line is female friendships matter. A lot. AND they are too fragile. We need to stand by one another and lift each other up. For JL, my MC, I wonder how her whole story would be different if Aubrey had stood by her and not judged her so harshly as she was making her way through such difficult waters. . .

Oh, JL for sure. JL is the most like me of all my YA characters (even though my parents were nothing like hers! I swear!)

I think powerful and relatable characters have always been popular? I mean, I have always loved them… and, of course, what is relatable to me, may not be relatable to someone else. Or may be relatable to others for a whole different reason. . . the bottom line is, once we set our characters free into the world, they don’t really belong to us anymore (do they?). This can be really hard at times. We have no control over how our stories are perceived once they make their way to the shelves.

I think the tagline my editor wrote sums it up beautifully: “An unforgettable look at romance and friendship through the eyes of a teen girl who’s ready to grow up, but maybe not as ready as she thinks.” As I wrote it, I continually conjured a visceral White Oleander vibe (without remembering the exact story, only how it made me feel), but we’ve been getting some Judy Blume comparisons from early readers, like to her Forever – one of my own teen me favorites, for sure – so I’ll take it!

I have my debut middle grade novel, Seven Clues to Home, co-written with my friend, the talented Nora Raleigh Baskin, coming out in June! We’re very excited about that. We also have our option middle grade title out on submission as well as a poignant, emotional quirky novel in verse I’ve written which my agent and I are deciding how to move forward with. The key in this business is always to keep writing, even when that is hard.

Barbara Kingsolver is always on this list for her sweeping stories, incredible prose, and heartbreakingly real characters. Fredrik Backman blew me away with Beartown this year. I mean, it’s a long list. I could go on. I have named two writers who write so differently than anything I could do, even if I aspired to try.

Aurora Dominguez is a high school English teacher, college professor and journalist in South Florida. Her work has appeared in The Miami Herald, Where Magazine and J-14 Magazine, all places where she worked as a writer and editor before going from the newsroom to the classroom. Her favorite days are "Caturdays," which she spends with a good book, her husband, Sebastian, and her cat, Luna. Her motto when it comes to reading: "No book left behind!"
All Posts
PrevPreviousDaily Frolic: Too Hot to Handle is Netflix’s Newest Reality Show
NextFrolic Podcast Network Weekly Wrap-up: Revisions, Parenthood in Romance and More!Next