Hard to Get has Got to Go by Deb Caletti 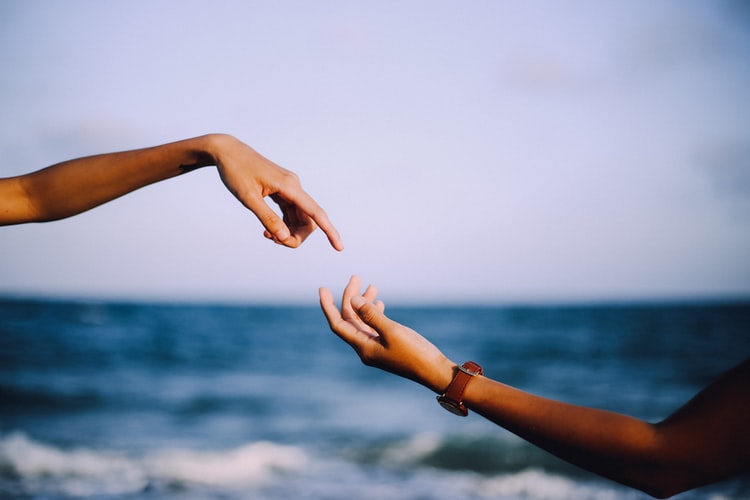 [Note from Frolic: Today, we welcome author Deb Caletti to the site! She’s chatting about why “hard to get” should be a thing of the past! Take it away, Deb!]

In my new novel, Girl, Unframed, Sydney Reilly has her first encounters with the male gaze, and begins to witness it all around her – in books, and art, and film. She also gets hit with the many ways females internalize misogyny, thanks to her femme fatale movie star mother.

One of those ways – well, we’ve all heard it. Don’t text him right back. Make him wait. Let him make the first move. Don’t be too eager. Act aloof. Play hard to get.

And, wait – there’s more. Let him chase you. Men like to chase. Make yourself the prize he has to earn. Men want the thrill of the hunt, even if the hunt makes you the gazelle and him the lion. Even if running makes everyone exhausted eventually.

While it’s true that this advice is sometimes given to everyone who might be dating, it’s undeniably and disproportionately given to women. Our grandmother’s grandmother used to say it: “Why buy the cow, when you can get the milk for free.” Advice to daughters that you should hold back, that you shouldn’t “give him” sex, without him “giving you” marriage. Which may sound quaint until you realize it’s just the old-timey version of Put a ring on it.

In Girl Unframed, after Sydney meets a great new guy who she wants to text, she reflects on what her mom and her friends have said about how she’s supposed to play the dating “game”:

“You weren’t supposed to want or show your want. You were supposed to look sexy without actually being sexy. Be the ice queen with the tight blonde ponytail who they wanted to touch but never would… You were supposed to dangle the candy without giving the candy. I knew that. Everyone did. But what if you wanted to give the candy? What if everything looked like candy to some people, even a certain t-shirt or a skirt? What about when you thought you’d better hand over the candy to some bully? When about when guys stole the candy, grabbed what was yours right out of your hands? Sometimes a guy could steal the candy and you’d be blamed for not keeping it safe enough. Whether or not to text first… God, no wonder even that was a minefield.”

The sexy-aloof-ice queen-candy-withholding female who plays hard to get is a construct that’s persisted through centuries. Centuries! Way, way back, when daughters were the property of their fathers, their virginity and purity was crucial to the value of that property. This theme of holding something back as added value – the way an object in a store seems more desirable when you can’t afford it – began there and has lasted. Even in this age of online dating apps and Vegas weddings, we still have weighty medieval crosses around our necks whether we realize it or not, telling us that it’s perilous to show our want, telling us that holding back is added value. And we participate, often without the clarity as to why we think this, and where it came from. Examining the jillion-year-old origins of the beliefs and traditions that still, still continue, is crucial if any of us ever want to be – or be with – equal, loving partners who can be trusted to communicate clearly and honestly.

Today, hard to get has got to go. When we play a game in order to manipulate the feelings of other people, we make ourselves an object on a game board, and we make the other person an object on a game board, as well. Beginning a relationship with manipulation, with lies, with a hiding or withholding of yourself as a means to an end, is unstable ground for any eventual partnership. Hard to get is a perfect set up, too, for some darker stuff: the relationship-destroying game of “come here/go away,” the mixed message minefield that “maybe means yes”, and the creepy beliefs that teach men that if you persist you’ll win, and if you win, you’ll possess.

But more than that, or rather, before any of that, playing hard to get is a message to yourself – that you have to hide and trick and in order to be loved. That your own power is a secret and underground thing; a covert, puppet-master manipulation he won’t ever have to know about. That the real you, your own truth, is dangerous, better off concealed, rather than your best route to self-respect, and the respect of others. The message also says that you’re willing to play the game of being “gotten” – the gazelle with a plan finally pounced on by the determined lion.

Deb Caletti is the award-winning and critically acclaimed author of over sixteen books for adults and young adults, including Honey, Baby, Sweetheart, a finalist for the National Book Award; A Heart in a Body in the World, a Michael L. Printz Honor Book; and Girl, Unframed. Her books have also won the Josette Frank Award for Fiction, the Washington State Book Award, and numerous other state awards and honors, and she was a finalist for the PEN USA Award. She lives with her family in Seattle. 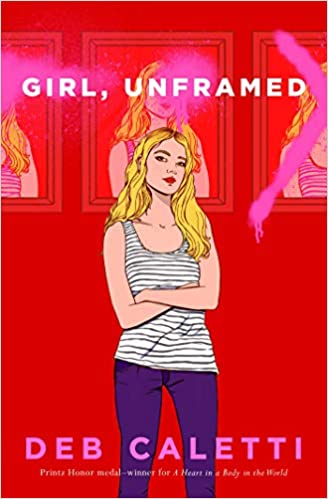 A teen girl’s summer with her mother turns sinister in this gripping thriller about the insidious dangers of unwanted attention, from Printz Honor medal–winning and National Book Award finalist author Deb Caletti—perfect for fans of Courtney Summers’s Sadie.

Sydney Reilly has a bad feeling about going home to San Francisco before she even gets on the plane. How could she not? Her mother is Lila Shore—the Lila Shore—a film star who prizes her beauty and male attention above all else…certainly above her daughter.

But Sydney’s worries multiply when she discovers that Lila is involved with the dangerous Jake, an art dealer with shady connections. Jake loves all beautiful objects, and Syndey can feel his eyes on her whenever he’s around. And he’s not the only one. Sydney is starting to attract attention—good and bad—wherever she goes: from sweet, handsome Nicco Ricci, from the unsettling construction worker next door, and even from Lila. Behaviors that once seemed like misunderstandings begin to feel like threats as the summer grows longer and hotter.

It’s unnerving, how beauty is complicated, and objects have histories, and you can be looked at without ever being seen. But real danger, crimes of passion, the kind of stuff where someone gets killed—it only mostly happens in the movies, Sydney is sure. Until the night something life-changing happens on the stairs that lead to the beach. A thrilling night that goes suddenly very wrong. When loyalties are called into question. And when Sydney learns a terrible truth: beautiful objects can break.

Where Romance and Pop Culture Live Happily Ever After.
All Posts
PrevPreviousJune Horoscopes and Book Recs
NextExclusive: To Catch An Earl by Kate Bateman ExcerptNext