Hi, My Name is Victoria Connelly and I’m Obsessed with English Castles 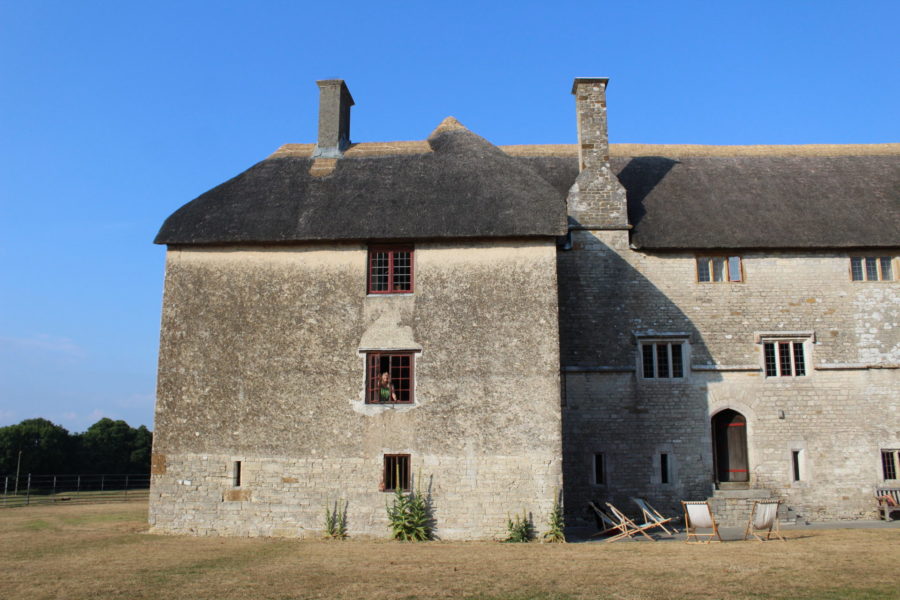 [Note from Frolic: We’re so excited to welcome author Victoria Connelly to the site today! She’s talking all things castles. Take it away, Victoria!]

As my new women’s fiction novel, The Beauty of Broken Things is published today by Amazon Lake Union, because of much of it is set in a fictitious castle, I can’t help reminiscing about my wedding . . . in a real castle. Yes, royalty aren’t the only ones who marry in castles. And while my wedding might not have been quite as spectacular as Prince Harry and Meghan Markle’s at Windsor Castle, it felt just right for me and my husband. 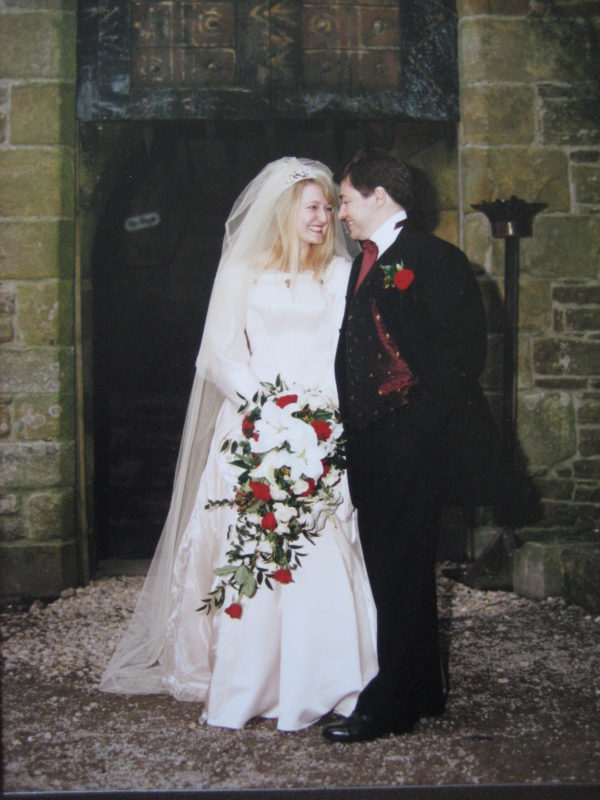 When we were planning our wedding almost twenty years ago in my home country of the United Kingdom, saying your vows somewhere other than a church or a registry office was just becoming popular here. (A registry office is our equivalent of a U.S. justice of the peace.) Being a true romantic, I knew there was only one place that would suit me: a castle!

I was living in North Yorkshire, and the county has more than its share of spectacular castles, so the hunt began. Soon we found an absolute beauty: a fourteenth-century castle with plush rooms that looked as if it belonged in a storybook. Unfortunately, the prices were more like something from a Grimm fairytale. We needed something a little less luxurious. And we soon found it: Bolton Castle.

Sitting at the head of Wensleydale in the Yorkshire Dales National Park in northern England, Bolton Castle was somewhat rough around the edges. Parts of it didn’t even have a roof. But we loved it. It suited us—it was romantic yet scarred. The castle had survived some pretty turbulent times and had even been used as a prison for Mary Queen of Scots.

We were one of the first couples to book it as a wedding venue, and that meant that the owner, Lord Harry Orde-Powlett, was still learning how to co-ordinate everything. Essentially the castle an empty shell, and we had to bring everything in from the outside, including food, flowers, entertainment, cutlery, tables and chairs.

The day before the wedding we called in to make sure everything was going smoothly for the big day and discovered that the castle didn’t have any electricity in the main halls. After an initial panic, we realized that we probably had enough candles in the table displays we’d ordered and hoped that the fire in the great hall would provide additional light.

There are some moments from that day that will stay with me forever: watching Lord Harry closing the portcullis just before our ceremony began, climbing the spiral stone staircase in my wedding dress, watching a bat flying above our guests as they danced the night away, and the sight of that roaring fire in the great hall. What a very special day it was.

Getting up close and personal to castles is a hobby of mine. I simply can’t get enough of them, and my love of them has only grown since our wedding. Two years ago, we were lucky enough to holiday in one. Owned by the Landmark Trust, Woodsford Castle in Dorset is a fourteenth-century beauty. Set deep in the heart of Thomas Hardy country, the castle has one of the largest thatched roofs in the country. Indeed, the English novelist and poet’s father once restored the castle, and Hardy himself was born just a few miles away.

Being both a lover of castles and Thomas Hardy, I was excited beyond words to stay there. That was until it came to the middle of the night and I woke up needing a quick trip to the bathroom. Our bedroom was on the third floor, and the nearest bathroom was in the basement. That meant a trip down more than fifty steps and fifty steps back up. I got pretty fit that week! But what a joy to experience life in a castle. We truly felt like a lord and lady as we gazed out from the windows to the countryside stretching far into the distance.

There’s something very special about living within ancient walls with those lofty high ceilings above you and history all around, and staying at Woodsford helped inspire the setting for my new novel, The Beauty of Broken Things. Orla Kendrick, my heroine, chooses to live in a castle because she finds great comfort in the hugely defensive walls. She feels peace and security when she closes the great wooden doors and slides the thick metal bolts into place. To her, the beauty of the place is secondary to the safety it provides. She is using a castle as it would have been used originally: as a defense against the outside world. She hides behind its walls from the villagers who dare to visit her. She watches her gardener from the safety of the second floor windows. And she never answers the door to delivery men.

But Orla does open the door one day to Luke Hansard, who had lost his beloved wife in a railroad accident and, in his grief, has come to find the woman who befriended her on the internet through their mutual love of photography. He has no idea that a devastating tragedy befell his wife’s internet friend, nor that Orla has no desire to meet him. But soon he will learn and launch them both into a journey where time and friendship will heal their grief and forge a new future for both of them.

My fictional Lorford Castle was based on Orford Castle on the Suffolk coast. It’s unusual as castles go, being a polygonal tower that shoots high into the sky like a great stone rocket, rather than sprawling out across the landscape like most castles. It’s like a great guardian, watching over its village and the coastline beyond. And it was a lot of fun researching it, especially when I discovered the legend of The Wild Man. The strange, hairy creature was hauled out of the river by perplexed fishermen in the twelfth-century and held prisoner in the basement of the castle. I knew he would somehow find his way into my story. 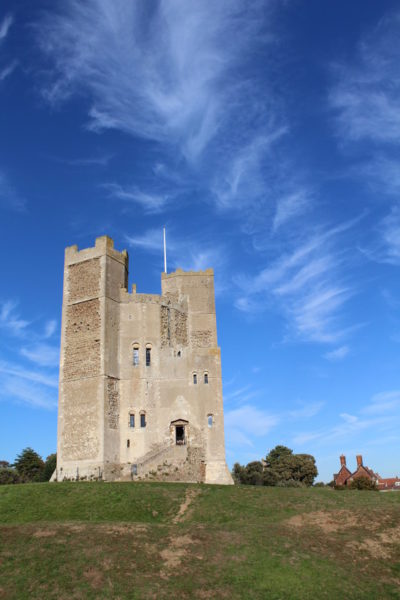 Of course, I’m not the first novelist to set a story in a castle. Dodie Smith, famous for 101 Dalmations, also wrote one of my favourite novels—I Capture the Castle, an exquisite coming of age novel about a family who live in a castle that is quite literally falling down around them. Smith was inspired to write the book after discovering a moated castle in rural Suffolk, and I had the pleasure of finding it myself a few years ago, albeit surreptitiously, as it’s not actually open to the public.

However, unlike the Mortmain family in Smith’s novel and my own heroine in The Beauty of Broken Things, I’m not at all sure I could actually live in a castle. I think our cosy nineteenth-century cottage is much more to my liking with its small rooms, which are so wonderfully practical and easy to heat. But—oh—the romance of a castle! Those battle-scarred walls and castellations, those soaring towers and arrow slit windows. They truly capture the imagination like nothing else. 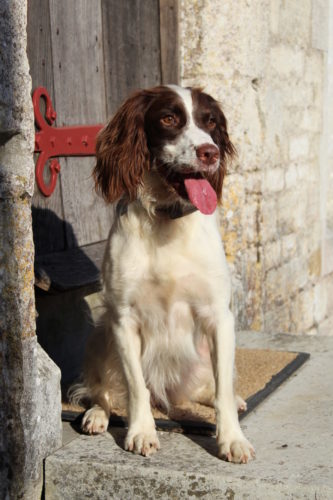 With more than one million books sold worldwide, Victoria Connelly is the bestselling U.K. author of uplifting stories that demonstrate the power of friendship and the beauty of romantic relationships. Her first novel, Flights of Angels, was made into a film in Germany by Academy award-winning Ziegler Film. She lives in a 200-year old cottage in rural Suffolk with her artist husband, a springer spaniel and a flock of rescued hens. You can find her on https://victoriaconnelly.com/, on Twitter @VictoriaDarcy and on https://www.facebook.com/victoriaconnelly 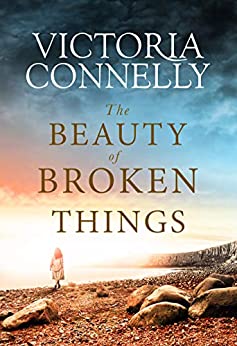 The Beauty of Broken Things by Victoria Connelly, out now!

After the tragic loss of his wife, Helen, Luke Hansard is desperate to keep her memory alive. In an effort to stay close to her, he reaches out to an online friend Helen often mentioned: a reclusive photographer with a curious interest in beautiful but broken objects. But first he must find her—and she doesn’t want to be found.

Orla Kendrick lives alone in the ruins of a remote Suffolk castle, hiding from the haunting past that has left her physically and emotionally scarred. In her fortress, she can keep a safe distance from prying eyes, surrounded by her broken treasures and insulated from the world outside.

When Luke tracks Orla down, he is determined to help her in the way Helen wanted to: by encouraging her out of her isolation and back into the world. But Orla has never seen her refuge as a prison and, when painful secrets and dangerous threats begin to resurface, Luke’s good deed is turned on its head.

As they work through their grief for Helen in very different ways, will these two broken souls be able to heal?