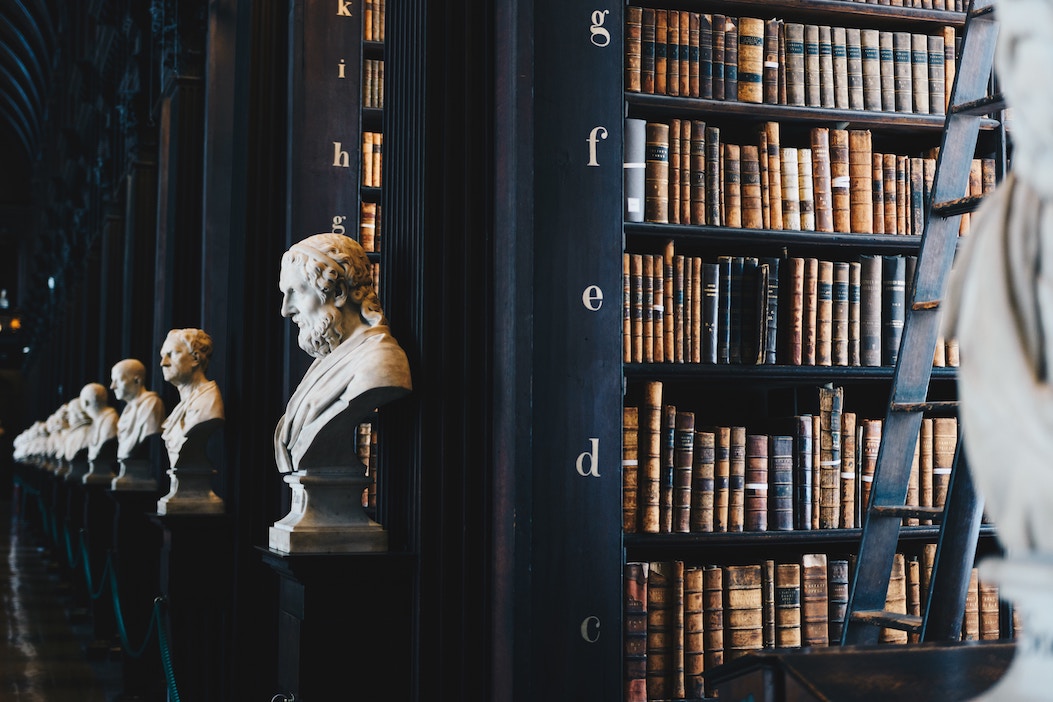 [Note from Frolic: We are so excited to have writer Esme Brett guest post on the site today. Take it away, Esme!]

I read a lot of historical romance. When I say ‘a lot’, I don’t just mean I have a TBR pile cringing under its own weight and a calendar full of social plans I’ve cancelled on because I’d rather imagine myself in a regency ballroom, flirting via complicated fan motions.

I do have those things, of course, but that’s not the sum of it.

When I was at University (college, Americans); I read a historical romance Every. Single. Night.

Did I have a social life? No!

Friends? If they wanted to talk about The Brothers Sinister with me, sure.

Hobbies? Reading was it! 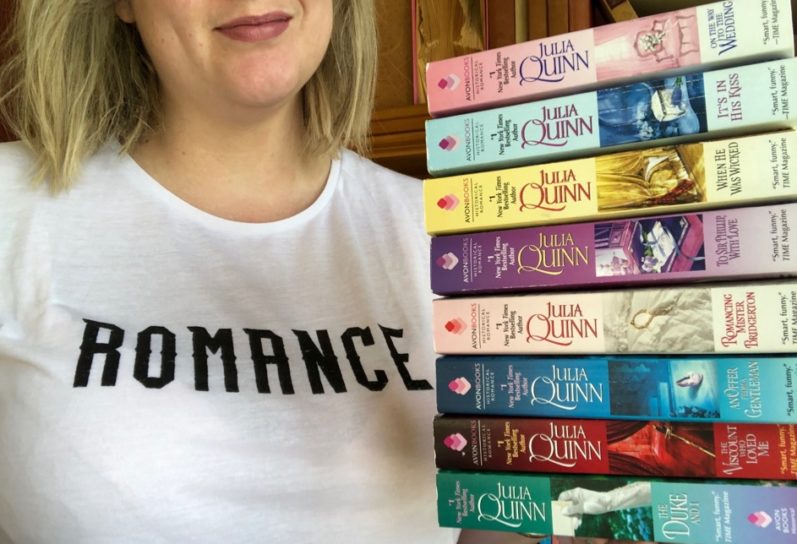 I’ve slowed down a bit, but Historical Romance still accounts for about 95% of my Bookstagram (addiction is a journey). I’m not a historian or a scholar, but I think this reading experience qualifies me to talk about historical accuracy in romance.

And my conclusion is that it’s absolute, utter, BUNK.

The bunk of it all

Maya Rodale has written beautifully about this before, and a quick wander around a museum shows exactly what she’s talking about.

Old school paintings are my fave because they offer limitless potential for Snapchat hilarity.

Earlier this year I was strolling The Met and The Frick (“NO PICTURES!” Not even when it’s to be really hilarious on Snapchat, apparently,) and the painting wings were packed with portraits of dudes peering arrogantly over my head.

Some of these men were religious, some were wealthy, and some were servants, pretty much everyone was white (not because there weren’t Black people living impressive lives, but because white gatekeepers weren’t as randy to immortalise them in oil).

None looked like what I would call ~a catch~.

I saw no Darcys, no Galen Vachons, no Jack Devlins, not even a bloody Rochester; whom for all his flaws, at least doesn’t look like the personification of a snotty handkerchief.

No hotties, but bugs

During the periods in which our beloved Hist Roms are set, there was a deficit of hot Dukes and an abundance of lice.

There weren’t many Bluestockings or women with agency, but there was disease.

Few spies, but a lotta incest.

And sorry to say it, but there were also streets flooded with piss because everyone just hiffed it out the window. There were child brides and infection and no kind of dentistry whatsoever; prostitution was pretty much the only career for women who weren’t wealthy, dudes were spreading syphilis all over the show and blaming it on prostitutes, being married at 12 was all good, and if you lived past 30 you were Doing Pretty Well.

Some writers get more detailed with their era than others, but in general, there are unspoken boundaries. Like pissy streets.

Historical accuracy in romance is just a curated selection. It’s someone sitting at a desk and playing Marie Kondo with nuggets of information.

I imagine a novelist pouring through reference images of gorgeous frocks and going, ‘yes, this gives me joy, I’ll mention the type of lace trim my heroine would have had on her dress in 1845; should I mention that all of her teeth would have been rotting out of her head …? Hmmmm, no! No joy!’ *discard!*

Another element of history that was definitely real but always misses a mention, both in mainstream romance and history in general, is People of Colour living noteworthy lives. Nay a word about John Rippon, Olaudah Equiano, Ignatius Sancho, Anne Cobbie or Jacques Francis.

This begs the question: if historical accuracy is just a curation of whatever we want, why do we not want to include People of Colour?

We’ll make up spies, but not a Black Duke? We can make up princesses and entire lands, but no way re: free PoC in historic England? Even though the latter really were there?

Why on earth could this be?

The Bridgertons on Netflix

Racism reared up, hissing, a few months ago when Shondaland and Julia Quinn announced their casting for the upcoming Bridgerton Netflix series.

Many commenters started with “I’m not racist, but”, and then complained that casting hottie Regé-Jean Page was historically inaccurate. I said in response to one that accuracy in historical romance has always been cherry picking, and people who were fine with that until a person wasn’t white ought to be ashamed.

This was met with defensiveness and confusion.

People couldn’t understand why they were being called racist for having a problem with Simon and Lady Danbury’s casting, when they also took issue that one of the white actresses didn’t have the right hair colour, etc etc.

Basically, because historical accuracy is bunk (as above); using that as a reason not to cast Black actors is also bunk. Worse than, actually.

I wasn’t the only one calling out racism in the comments of these casting posts, obviously, and I was definitely the least important voice in the mix.

Plenty of Women of Colour responded to the horrible nO jUlIA tHiS iSn’T tHe sImOn iN mY hEAd rhetoric. Even now, you can scroll the comments and see a white person spouting stupid and harmful things while an intelligent Black woman performs incredible mental labour explaining their ignorance.

When I say incredible, I don’t just mean it as a synonym for impressive, I mean it defies belief. One of the ways in which I am very privileged is that I have never once had to explain my existence to a stranger on the internet.

Why am *I* talking about this then?

I’m a white woman. I’m not qualified to talk about experiencing racism, and I’m definitely not an expert on Black History.

But I can talk about white privilege, and my aim is to directly address other white women so that WoC don’t have to.

When it comes to racism in Romancelandia, it’s crucial that white women use their privilege to shut that crap down. This burden has solely rested with WoC readers and writers for too long.

One of the I’m-Not-Racist-But white women told me it wasn’t feminist for me to call out her racism (my handle is @feminist_romance). I believe the phrase she used was: “if you’re such a feminist why are you tearing other women down”.

That ‘tearing’ phrase is a hallmark of commercialised feminism, the hollow likes of which is pedalled by beautiful white women who have realised they can sell albums off the back of it.

It implies that to be a good feminist woman you have to shut up and be nice and not critique anything. But feminism is the belief in the social, economic and political equality of women. As a movement, it centres WoC. It is feminist as all hell to call out someone who is being racist. If it’s not intersectional, it’s not feminism.

Just because history, art and literature is structurally and pervasively white-washed or glamourized, there’s absolutely no need to persist with this in 2019 romance.

The Bridgerton casting saw people shroud their bigotry under the cloak of accuracy. But that is one holey AF cloak. When romance fans talk about accuracy in historical romance, I eye roll into my cranium. You want pissy streets, hun? Of course not. You just want everything to stay familiarly white.

Historical accuracy is a complete construct.

It should not dictate what is and isn’t acceptable when it comes to diversity in romance.

Esme Brett reviews romance as @Feminist_Romance. She finds feminist-friendly content and spreads the word on her Instagram and blog. She’s a devoted cat mother to Franklin and imaginary wife of Jesse de Silva. Her areas of expertise involve Buffy the Vampire Slayer, winged eyeliner, and red wine that’s less than 9 dollars. She lives in New Zealand.

Where Romance and Pop Culture Live Happily Ever After.
All Posts
PrevPreviousContemporarily Ever After: Top Picks for the Week of September 1st
Next#TBT Recs: Extra! Extra! Read These 4 Journalism Romances to Escape the Bad News Cycle!Next