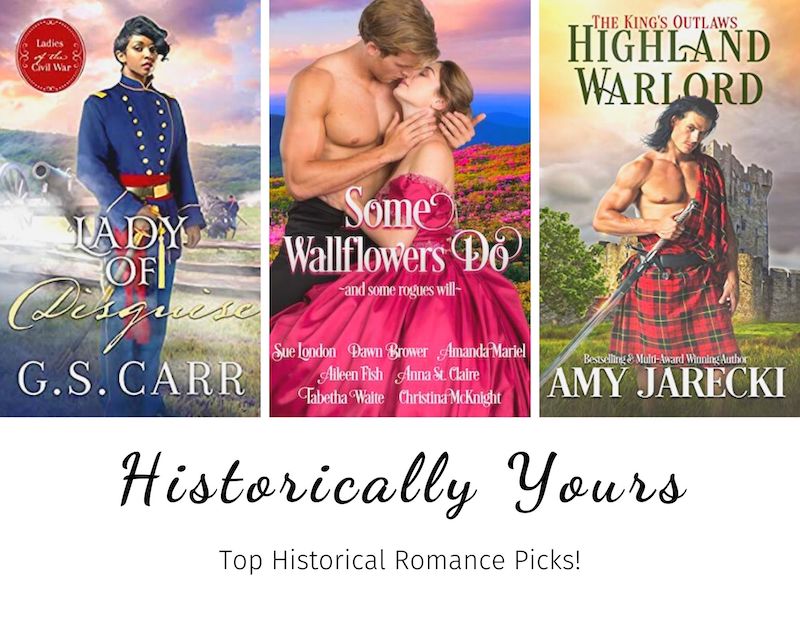 Welcome to Historically Yours where I share some of my top Historical Romance picks for the first half of August. 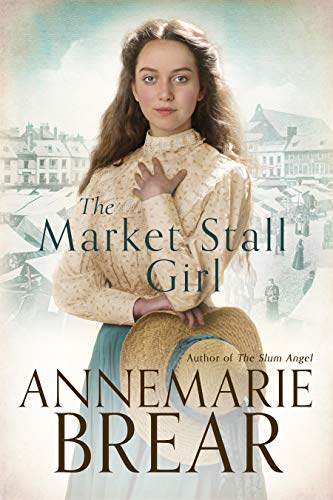 Beth Beaumont enjoys her life as a rhubarb farmer’s daughter in West Yorkshire. Working on the family’s stall selling the fruit and vegetables grown in their own fields gives her a sense of purpose and is healthier than working in a dangerous cotton mill.

Although not thinking of marriage, when Beth meets Noah Jackson, a village miner, she is suddenly very aware of Noah as a man who could change her mind. The summer brings the two closer and their feelings deepen while Noah studies hard to fulfill his dreams of becoming a teacher and securing a better life than his parents have endured.

But a disaster at the coal mine changes lives forever. Noah’s plans are shattered. His love for Beth is put at risk, and he fears they can never find happiness together. 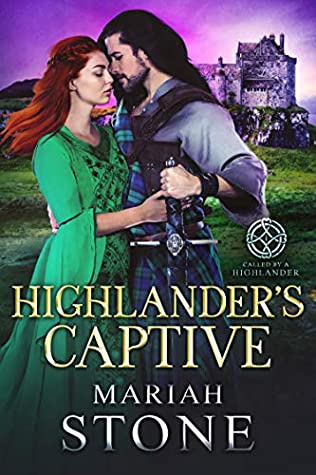 [Called by a Highlander series #1]

Search-and-rescue officer Amy MacDougall fears being trapped — both in small, dark places and in a relationship. But while chaperoning a high school trip to Scotland, she’s forced to confront her claustrophobia to save a student in a castle dungeon. And when a magical rock in the ruins catapults her through time to 1307 CE, she’s alarmed to come face-to-face with a handsome Scottish warrior.

Highlander Craig Cambel refuses to trust anyone after the MacDougall clan kidnapped and assaulted his sister. So when he discovers a beautiful woman in a secret tunnel in the stronghold he’s infiltrating, he locks her up to prevent her from warning the enemy. But when she proves helpful to his people despite being a MacDougall, he can’t stop his icy mistrust from melting into desire.

As Amy searches for a way back home, she finds her phobia of commitment fading and falls for the brave Scot. But when Craig learns the mysterious woman isn’t who he thought she was, all his dark doubts reignite. 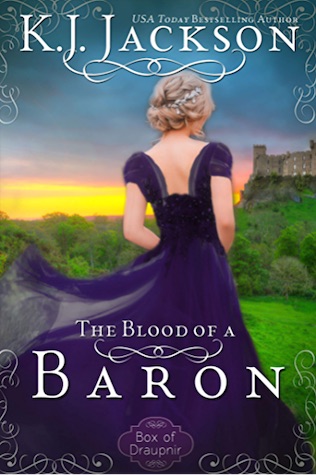 With her brother dead and destitution looming, spinster Lady Helena has only one hope left — finding the mysterious box her brother has left her and trading it for the modest fortune that would last her the rest of her days. The last man Laney wants to see accompanying her brother’s casket home is the man who jilted her long ago, abandoning her in the ashes of ruin. But he may be just the man to help her find the box.

Weston Jacobson, former Baron Planford, has been biding his time for years — the years it has taken for fortune to grant him the opportunity to exact revenge upon the man and his sister, Laney, who had taken everything from him. Never mind that he’d once been betrothed to Laney — she’d ruined him just the same and those particular feelings of attachment had expired long ago. 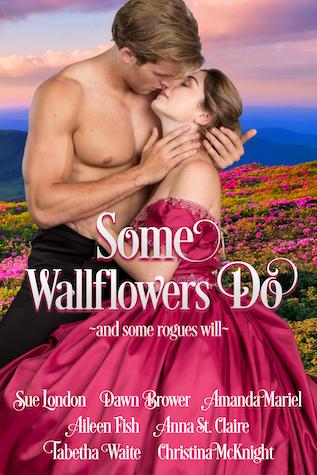 The Wallflower Way by Sue London: Rachel Flowers doesn’t care to marry, preferring that her younger sisters be the focus of their mother’s matchmaking tendencies. A chance encounter with new earl Gabriel Whitestone changes her destiny. Will the bachelor-minded Gabriel and committed spinster Rachel be able to admit their growing love?

Eternally My Duke by Dawn Brower: Lady Delilah Everly and Marrok, Duke of Wolfton are an unlikely pair. Through a fate neither could have imagined they cross paths. They learn to lean on each other and along the way they discover the possibility of an eternal love, but only if they’re willing to take a leap of faith and accept each other faults and all.

A Wallflower’s Folly by Amanda Mariel: Lady Olivia Montague’s betrothed has ignored her and their contract for years. In the meantime, she has decided to remain unwed, embracing the life of a spinster. The last thing she expects is for her betrothed to come storming back into her life.

Captivated by the Wallflower by Aileen Fish: Viscount Knightwick’s scheme to turn his friend’s daughter, Lady Susan, into a Diamond of the Season goes horribly awry when his conscience becomes involved. Thank goodness his heart is safe from falling for the stubborn bluestocking who fights his every move, because he could never love such a willfull, headstrong woman.

Romancing a Wallflower by Anna St.Claire: A tragic riding accident leaves Lilian DeLacey unable to walk and restricts her life to books and quiet activities, a life she is resigned to live until she meets John Andrews, the Earl of Harlow. Their chance encounter blossoms into romance, igniting a yearning for a future. An undercover commission for the Crown takes him into the heart of a dangerous smuggling operation on the Cornwall coast, and unseen dangers threaten his life and Lilian’s. Will trust and love be enough to save them and heal the scars that threaten their future?

The Spinster’s Alluring Season by Tabetha Waite: Lady Rowena has been invited to the lavish house party of the newly minted baronet, Sir Pierce. He’s mysterious and intriguing, having served the Crown as an English spy, but his only purpose has been to win a certain lady’s affections. When the truth of his past comes to light, will the lady choose society’s approval, or the man who has stolen her heart?

The Disappearance of Lady Edith by Christina McKnight: One tragic night changed sensible, proper Lady Edith Pelton’s life: when her best friend fell to her death, pushed down a flight of stairs by a nefarious lord. Now, Edith dedicates her time watching the man she thinks is responsible, while gathering other information to expose other scoundrels posing as gentlemen of honor about London. But when her spying is noticed by a perfect stranger, Edith finds herself with two mysteries—what happened to her friend, and how to win the heart of a brilliantly handsome lord. 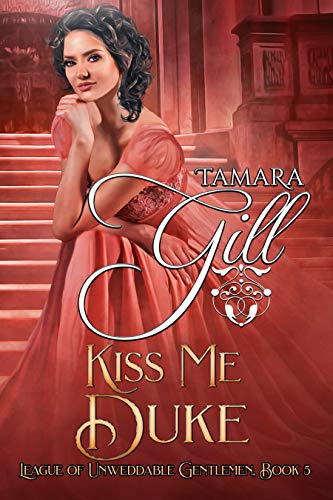 Molly Clare is living her dream. Being a guest in a gorgeous villa while she explores Rome is everything she could’ve hoped for and more. The man who owns the villa is equally charming — and entirely too tempting. At least, that’s what he appears to be. The truth of who and what he really is…well, that’s infinitely more complicated.

Lord Hugh Farley is living a nightmare. Ruined by rumors of indiscretions he didn’t commit and betrayed by his own family, his only option was to leave London. But any hope he had for a quiet Roman exile is destroyed when she arrives. Molly is everything he’s ever wanted…and nothing he can have. But keeping his mind — and hands — off her quickly proves impossible. 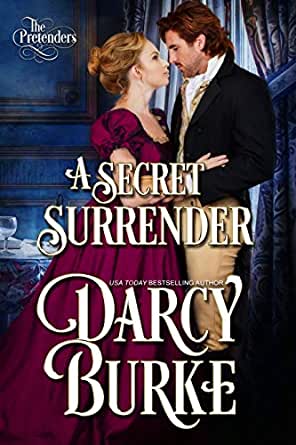 A Secret Surrender by Darcy Burke (8/7)

A survivor of the mean streets of London’s East End, Selina Blackwell has learned to be a chameleon, and in her current iteration as a fortune-teller, she’s able to provide a Season for her sister. Only, Madame Sybila can’t be a chaperone, so Selina takes on another identity as the proper Lady Gresham. But when a Bow Street Runner takes too much of an interest in her business, it seems the crimes of her past will finally come to light.

Determined to prove that Madame Sybila is a fraud bent on fleecing London’s elite, Harry Sheffield enlists the help of the alluring Lady Gresham in exchange for introducing her to Society’s best. With his busy career and aspirations for the future, Harry has no time for marriage, but an affair is just right — until he discovers the lady’s disarming secret. Whatever his feelings for her, he can’t ignore who she is and who she’s been. And when she holds the key to the one case he couldn’t solve, he must choose justice or love. 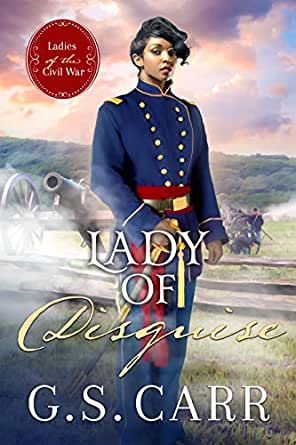 [Ladies of the Civil War series #2]

Find a way to make a difference for the Union — this is the agreement Ruth Allen made with her best friends. The reason she disguised herself as a man and enlisted as a soldier in the War among States. The reason she met Gabriel, a Confederate deserter. Logic told her to kill him, but something wouldn’t let her. Gabriel Bailey couldn’t continue killing for a cause he didn’t believe in. He didn’t have a plan when he left his regiment and went on the run, but fate did. Ruth should have killed him. Instead, she spared him. For now. Can two people from opposite sides of the divide put aside their differences to find love despite being enemies? 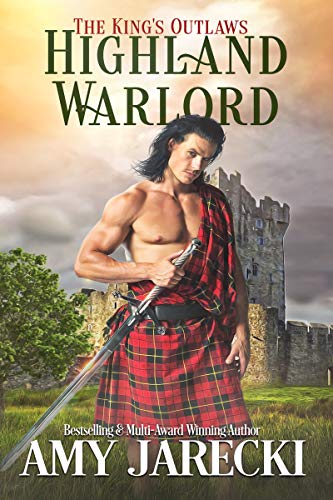 After the crowning of Robert the Bruce, Sir James Douglas is sent to the Scottish borders to wreak havoc on those loyal to Edward of England. But his plans go wildly astray when Lady Ailish Maxwell’s brother is captured by her traitorous uncle. James has every intention of finding the lad but when her Ladyship announces she’s joining the quest, he’s not about to let her go, no matter how beautiful her crystal eyes or convincing her silver tongue.

And Ailish will not sit idle while her brother, the true heir to the Maxwell dynasty, is taken deeper into the enemy’s lair. After putting forth every ounce of reasoning she can muster, James agrees to allow her to pose as his wife. But what she doesn’t count on is falling in love with the braw Highlander.

Keira Soleore writes for the International Examiner and Cogitations & Meditations. She enjoys connecting with readers on Twitter (@keirasoleore) and through her website (www.keirasoleore.com). Her interests include medieval manuscripts, philosophy, poetry, picture books, choir, sunshine and beaches. Keira is a pseudonym.
All Posts
PrevPreviousA Love Letter to Percy Jackson
NextFour Reasons to Read Head Over Heels by Hannah OrensteinNext