Historically Yours: Top Historical Romance Picks for January 16 to 31 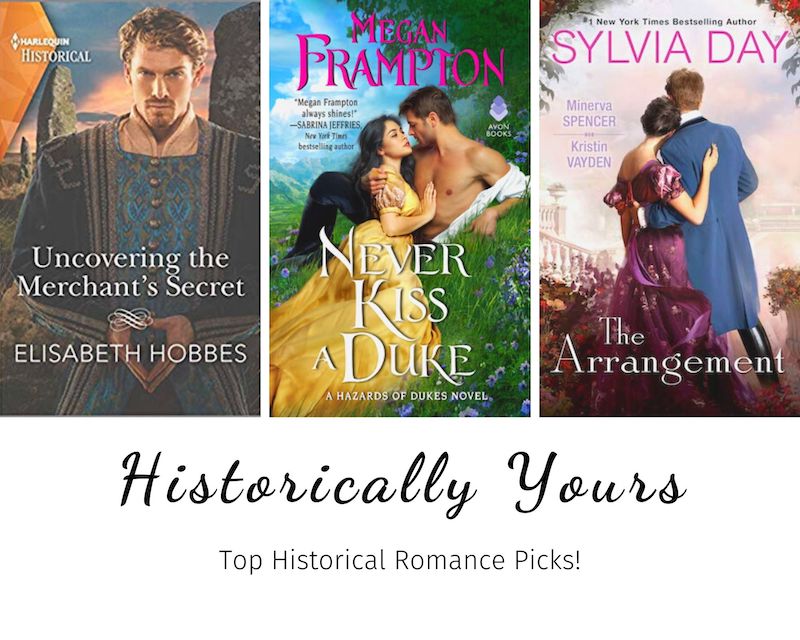 Welcome to Historically Yours where I share some of my top Historical Romance picks for the second half of January. 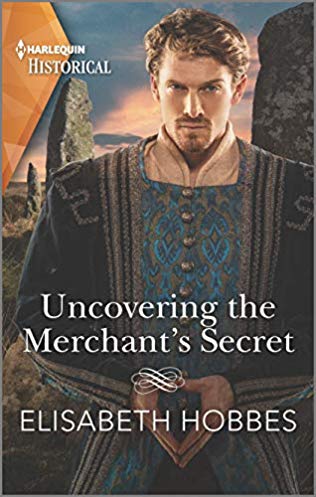 Shipwrecked merchant Jack Langdon wakes up with no memory and steals a kiss from a beautiful stranger — the widow Blanche Tanet. As he recovers in her castle, passion flares between them. Jack’s fascinated by her independence and courage. But discovering her identity is not enough, Jack must first uncover the secrets of his own past if they’re to have a future together. 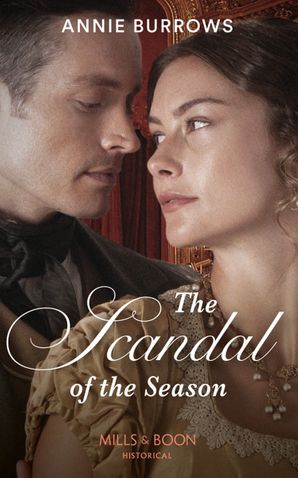 The Scandal of the Season by Annie Burrows (1/21)

Having saved Cassandra Furnival from scandal once before, it shouldn’t have surprised Colonel Nathaniel Fairfax that she was now attempting to lay siege to the ton’s eligible bachelors. Determined to thwart her plans, he’s as astounded by her defiance as by her beauty. But nothing shocks the jaded soldier more than discovering her innocence. Restoring her reputation is set to bring about the scandal of the season. 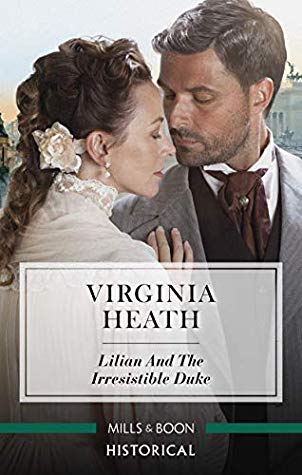 Lilian and the Irresistible Duke by Virginia Heath (1/21)

[Secrets of a Victorian Household #4]

Responsible widow Lilian Fairclough is persuaded to travel to Rome for a hard-earned break and to let down her hair. She’s surprised to be reunited with passionate, cynical Italian duke Pietro Venturi. He reawakens her sensual side and intrigues her with glimpses of pain beneath his rakish surface. Enticed into a secret and temporary affair, what will happen once she returns home? 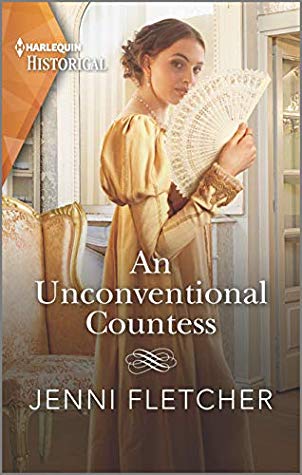 An Unconventional Countess by Jenni Fletcher (1/21)

Two things are certain: Annabelle Fortini makes the best biscuits in Bath and Samuel Delaney, the charming bachelor who has just entered her shop, is trouble. Her mother’s unfair exile from society has taught Anna aristocrats can’t be trusted. Samuel may be a famous naval hero and reluctant heir to an earldom, but Anna can’t fall in love with him, unless she can overcome her pride and surrender her heart. 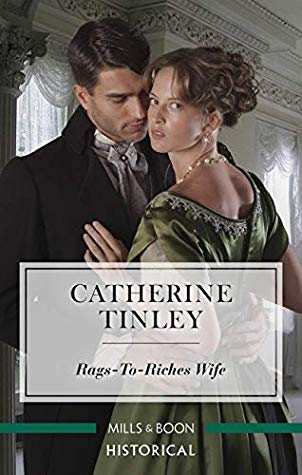 Jane Bailey is a lady’s maid. She finds her life turned upside down by the arrival of a wealthy gentleman, Robert Kendal. Traveling together to claim her long-lost aristocratic grandfather’s inheritance, they succumb to a mutual attraction. Yet Jane knows a maid should not hope to love a gentleman, even if she’s suddenly wearing silk dresses and dining with the family. Her grandfather’s will shockingly decrees that Robert and Jane must marry, but will it ever be for more than convenience? 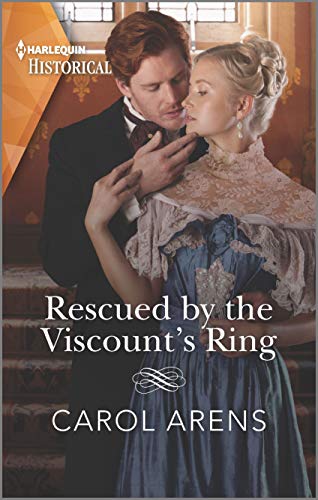 Rescued by the Viscount’s Ring by Carol Arens (1/21)

To avoid an arranged marriage, American heiress Madeline Macooish stows away aboard a ship bound for England. She’s rescued by Rees Dalton and spends the night in his cabin. Knowing her reputation is compromised, she accepts Rees’s offer of a temporary marriage. Drawn to his honest heart, Madeline begins to imagine wearing his ring forever. Until she learns her new husband has a secret identity. 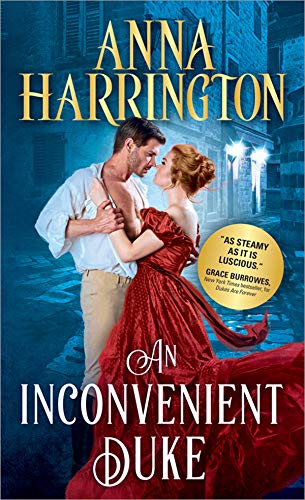 An Inconvenient Duke by Anna Harrington (2/25)

[Lords of the Armory series #1]

Marcus Braddock, former general and newly appointed Duke of Hampton, is back from war. Now, not only is he surrounded by the utterly unbearable ton, he’s mourning the death of his beloved sister, Elise. Marcus believes his sister’s death wasn’t an accident, and he’s determined to learn the truth — starting with Danielle Williams, his sister’s beautiful best friend.

Danielle is keeping deadly secrets of her own. She has dedicated her life to a charity that helps abused women — the same charity Elise was working for the night she died. When Danielle’s work puts her life in danger, Marcus comes to her rescue. 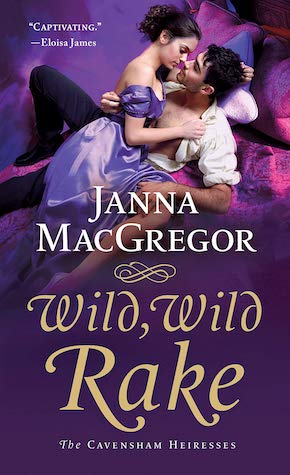 Her first marriage was an epic fail. Lady Avalon Warwyk never did love her husband who was arrogant, selfish and cruel. It’s a blessing she’s widowed and left to raise her son all by herself. Avalon can now live freely and do the work she loves: helping fallen women become businesswomen. She’s lived these past ten years with no desire to remarry — that is, until Mr. Devan Farris comes to town.

Devan Farris — charming vicar, reputed rake and the brother of Avalon’s son’s guardian — is reluctantly sent to town to keep tabs on Avalon and her son. Devan wishes he didn’t have to meddle in her affairs — he’s not one to tread on a woman’s independent nature and keen sense of convictions. But she’ll have nothing to do with a vicar with a wild reputation. If only he could find a way to show Avalon who he really is on the inside — a good, true soul looking for its other half and one who has never given his heart and body to another. 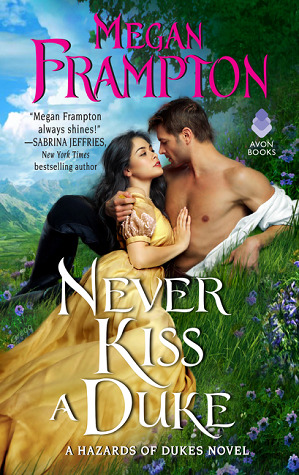 Sebastian, Duke of Hasford, has a title, wealth, privilege and plenty of rakish charm — until he discovers the only thing that truly belongs to him is his charm. An accident of birth has turned him into plain Mr. de Silva. Now, Sebastian is flummoxed as to what to do with his life — until he stumbles onto a gambling den owned by Miss Ivy, a most fascinating young lady, who hires him on the spot. Working with a boss has never seemed so enticing.

Two years ago, Ivy gambled everything that was precious to her — and won. Now the owner of London’s most intriguing gambling house, Ivy is competent, assured and measured. Until she meets Mr. de Silva, who stirs up feelings she didn’t realize she had. Can she keep her composure around her newest employee? 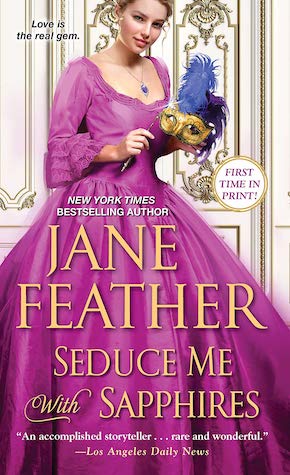 Seduce Me with Sapphires by Jane Feather (1/28)

The Honorable Miss Fenella Grantley has a secret: She’s been taking drama classes and longs to be an actress. Ladies of her standing don’t appear on stage, but Fenella has never been one for society’s rules. She’s quite excited to take on the challenge of reading the leading role in a new play — until she meets the playwright. Toeing the line between infuriating and irresistible, his first impression leaves a lot to be desired.

Edward Tremayne, illegitimate son of the Earl of Pendleton, scorned the ton years ago by making his own way in the world and pursuing his literary gifts on the side. The only thing he misses from his old world is Fenella. Since seeing her at a ball when she was a young debutante, he’s never forgotten her. Now that fate has reunited them, Edward’s determined to make her his leading lady — in every way. 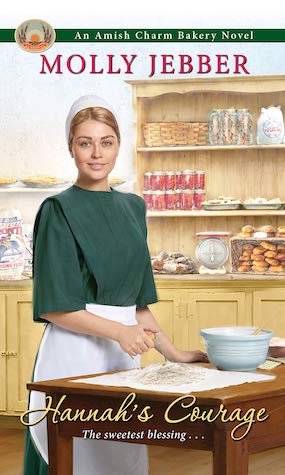 Hannah Lapp’s life, like a long-cherished recipe, is satisfying just the way it is. She enjoys whipping up desserts at the bakery, tutoring local children and socializing with dear friends. One of those friends, Timothy Barkman, has made his interest in Hannah clear, but she’s been in no hurry to change her circumstances.

No sooner does she feel ready to grow closer to hard-working, handsome Timothy than Hannah finds she may have waited too long. Charlene Shetler intends to become Timothy’s fraa. It is little wonder he’s attracted to such a pretty, forthright young woman, but is the newcomer all that she seems? Only when Hannah is willing to confront some difficult truths can she move bravely toward a life of abiding faith and love. 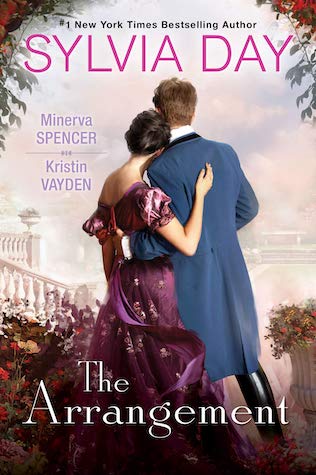 Mischief and the Marquess by Sylvia Day (reprint from 2007)

Justin, the Marquess of Fontaine, and Lady Sophie Milton-Riley, are completely ill-suited to one another. But they will have to prove it in order to end to their mothers’ insistence that they should marry. Yet the more they attempt to demonstrate how wrong their union would be, the more surprisingly, irresistibly right things feel.

The Duke’s Treasure by Minerva Spencer

Plain, prickly Josephine Loman has loved Beaumont Halliwell, the fifth Duke of Wroxton, since the first time she saw him. But the most beautiful man she’s ever met had eyes only for Jo’s erstwhile friend, who betrayed Beau’s trust by marrying his brother. Beau hasn’t been home in years, but when his brother dies in an accident, he must marry to save the impoverished dukedom. And Jo is the overlooked heiress who will turn his world upside down.

The Inconvenient Countess by Kristin Vayden

As the eldest in a poverty-stricken family of daughters, Miss Diana Katherine Lambson’s only option is a marriage of convenience. Her only prospect is a rogue with a miserable reputation. Her only true desire: freedom. And that is exactly what Charles Brook, Earl of Barrington, is willing to offer, in return for the respectability their union will give him. He will even provide Diana with a contract. But does she dare entrust her future to a scoundrel?

Keira Soleore writes for the International Examiner and Cogitations & Meditations. She enjoys connecting with readers on Twitter (@keirasoleore) and through her website (www.keirasoleore.com). Her interests include medieval manuscripts, philosophy, poetry, picture books, choir, sunshine and beaches. Keira is a pseudonym.
All Posts
PrevPreviousDaily Frolic: Cole Sprouse is Creating a Podcast!
NextRomance Rarities BingoNext