Historically Yours: Top Historical Romance Picks for March 16th to the 31st 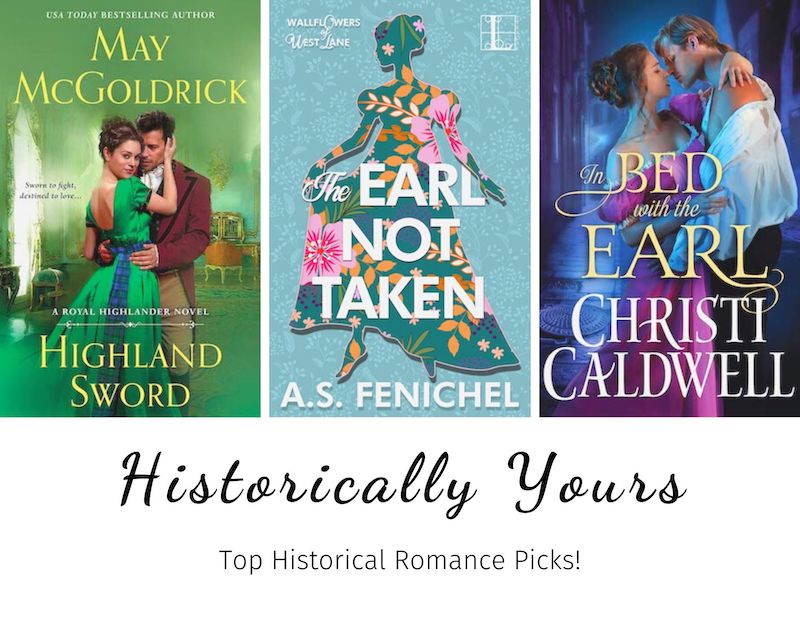 Welcome to Historically Yours where I share some of my top Historical Romance picks for the second half of March. We are all in dire need of stories filled with hope in our dire times. I hope some of these books will bring some cheer to your home. 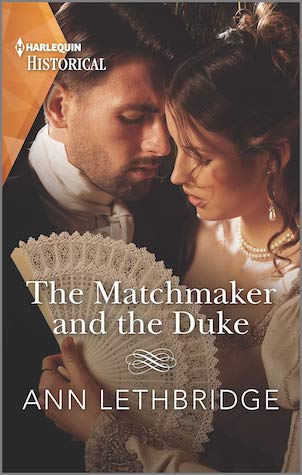 The Matchmaker and the Duke by Ann Lethbridge (3/17)

Sought-after matchmaker Amelia Durant wants the best for her three young ladies as they make their debut, so when the highly elusive but very eligible Duke of Stone shows an interest, she is shocked. Could the handsome devil who dashed her young hopes all those years ago be a changed man? And is he really interested in a debutante as a wife…or is it Amelia herself who has sent His Grace’s pulse skyrocketing? 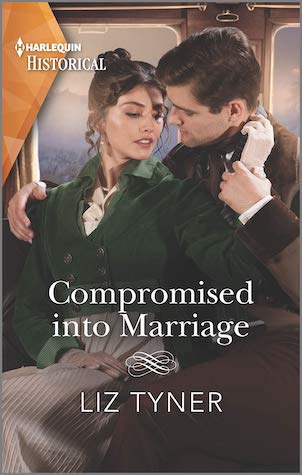 Compromised into Marriage by Liz Tyner (3/17)

Vivian Darius intends to waltz, attend soirées and put the last years of serious illness behind her. She’s always been in the shadows, although since Lord Everleigh’s entrancing kiss she’s started living again. The troubled lone wolf is believed to have no heart, so why is she finding resisting him so hard? But when their secret tryst in a carriage is discovered, for the sake of her reputation,  they must wed.

[Sisters of the Roaring Twenties series #1]

Patsy Dryer may be a biddable heiress by day, but nothing will stop her from dancing all night in Hollywood’s speakeasies — or fulfilling her dream of becoming a reporter. She’s investigating the mystery of an escaped convict with brooding, handsome newspaper editor Lane Cox…until they must pretend to be engaged. With their scoop linked to Lane’s tragic past, dare Patsy hope for a happy ending for their own story, too? 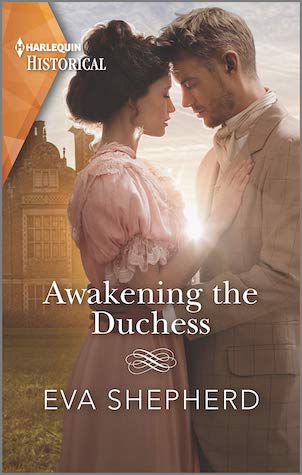 Awakening the Duchess by Eva Shepherd (3/17)

If Oliver Huntsbury, Duke of Somerfeld, hadn’t burst into Arabella van Haven’s backstage dressing room, her father would not have been able to blackmail them into marriage. Her father’s wealth has finally secured her a titled husband! Arabella is determined to be a wife in name only, their marriage unconsummated. But once they’re alone together, she knows this experienced, seductive, charming man could undermine her resolve so easily. 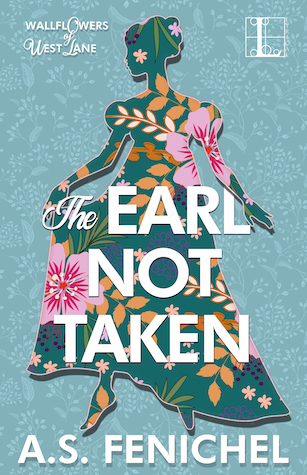 [The Wallflowers of West Lane series #1]

Finishing school failed to make a proper lady of Penelope Arrington. But as a Wallflower of West Lane, Poppy has a far more vital role — she and her three best friends have made a pact to protect each other from the clutches of dangerous, disreputable men. So when one of them is about to be married off to a duke sight unseen, Poppy makes it her mission to divine the prospective husband’s true character. If only she didn’t require the aid of London’s most unsuitable rake.

Rhys Draper, Earl of Marsden, has known the headstrong Poppy since she was a young girl naïve to the ways of men. To her eternal chagrin — and to his amusement — they have been at odds over the memory of an embarrassing first encounter all these years. Now, with his services in need, Rhys sees a chance to finally clear the air between them. Instead, he is surprised by the heat of their feelings. If the two do not tread carefully, they may end up in a most agreeably compromising position. 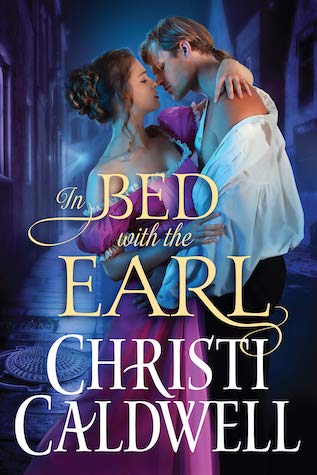 In Bed with the Earl by Christi Caldwell (3/17)

To solve a mystery that’s become the talk of the ton, no clues run too deep for willful reporter Verity Lovelace. Not even in the sewers of London. That’s precisely where she finds happily self-sufficient scavenger Malcom North, lost heir to the Earl of Maxwell. Now that Verity’s made him front-page news, what will he make of her?

Kidnapped as a child, with no memories of his well-heeled past, Malcom prefers the grimy spoils of the culverts to the gilded riches of society. Damn the feisty beauty who exposed the contented tosher to a parade of fortune-hunting matchmakers. How to keep them at bay? Verity must pretend to be his wife. She owes him. 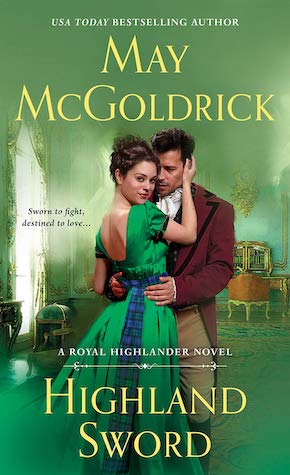 Highland Sword by May McGoldrick (3/31)

Fleeing to the Highlands after her father’s murder, fiery Morrigan Drummond has a score to settle with Sir Rupert Burney, the English spymaster responsible for his death. Trained to fight alongside the other rebels determined to break Britain’s hold on Scotland, she swears to avenge her father’s death — until a chance encounter with a barrister as proud and principled as she is presents her with a hard choice…and a bittersweet temptation.

Aidan Grant has never encountered another woman like dangerous beauty Morrigan — and he has the bruises to prove it. Yet she could be the key to defending two innocent men as well as striking a death blow to the reprehensible Burney. Convincing Morrigan to help him will take time, but Aidan is willing to wait if it means victory over corrupt government forces and freedom for his people…and Morrigan’s hand in marriage. 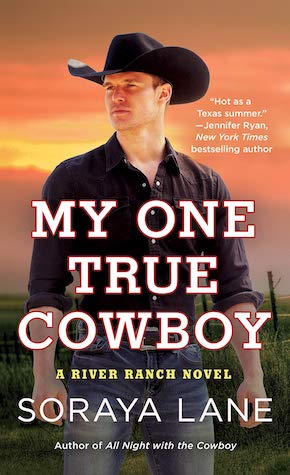 Angelina Ford is heading back to Texas hiding the biggest secret of her life: bankruptcy. The business she created in L.A. is shuttered, as are her hopes and dreams. Facing her family with her big, bad news isn’t going to be easy. Which is why bumping into Logan Brody is an unexpected gift. Instead of facing her failure — and her future — she can play catch-up with her old childhood friend. . .who happens to have grown up to be a strong, gorgeous man.

Logan was always a responsible boy. It’s no surprise that the brawny ex-soldier has decided to return from active duty to run his family’s ranch. Still, Angelina can’t help noticing the changes in Logan, from the haunted look in his eyes to the retired military dog who never leaves his side. He puts up a good front, acting as Texas-tough as can be. But Logan is carrying a secret of his own — one that could bring him closer than ever to his tried-and-true Angelina or tear them both apart. 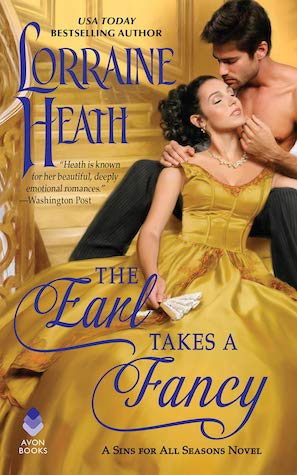 The Earl Takes a Fancy by Lorraine Heath (3/31)

[Sins for all Seasons series #5]

Though born out of wedlock, Fancy Trewlove is determined to fulfill her mother’s wish that she marry into the nobility. Fancy’s keen intellect and finishing school manners make her the perfect wife for any gentleman — if he’s willing to overlook her scandalous lineage. But Fancy’s plans are thrown into chaos when an intriguing commoner begins visiting her bookshop — and she finds herself unable to stop thinking about him.

Widowed just a year ago, the reclusive Matthew Sommersby, Earl of Rosemont, has been besieged by women hoping to become his next wife. Desperate for anonymity, he sheds Society life to search for the peace that continues to elude him. Fancy’s shop is his one refuge, until the night their passion erupts into a kiss that nearly leads to her ruin — and leaves both longing for much more. 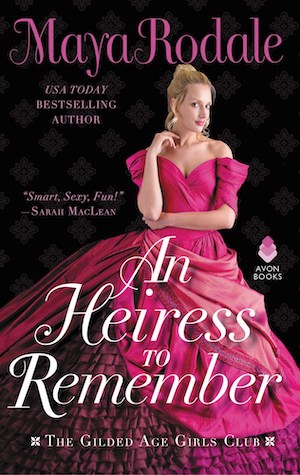 An Heiress to Remember by Maya Rodale (3/31)

Beatrice Goodwin left Manhattan a duchess and has returned a divorcée, ready to seize control of her fate and the family business. Goodwin’s Department Store, once the pinnacle of fashion, has fallen from favor thanks to Dalton’s, its glamorous competitor across the street. But this rivalry has a distinctly personal edge.

For Wes Dalton, Beatrice has always been the one — the one who broke his young heart by marrying a duke, and now, the one whose cherished store he plans to buy, just so he can destroy it. It’s the perfect revenge against a family who believed he’d never be good enough for their daughter — until Beatrice’s return complicates everything. While Goodwin’s and Dalton’s duel to be the finest store in Gilded Age Manhattan, Beatrice and Wes succumb to a desire that has only deepened with time. 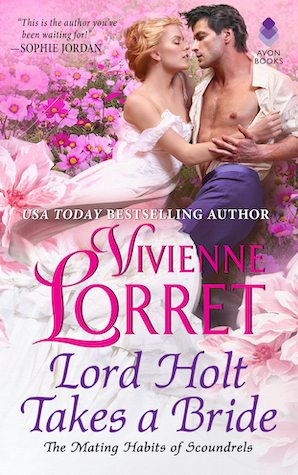 [The Mating Habits of Scoundrels series #1]

Heiress Winnifred Humphries refuses to marry the odious man her parents have chosen for her. She’ll marry for love or not at all. But how does a woman know when a man truly loves her? Needing answers, she sets out to discover the marriage habits of London’s aristocrats. Yet when her friends kidnap a lord for research, Winn knows they’ve gone too far. Now she’s facing a wickedly handsome scoundrel who wants revenge.

Lord Asher Holt has the perfect plan to free himself of his father’s debts. But when a trio of foolish debutantes abducts him, their scheme ruins everything. Fuming and tied to a chair, Holt overhears that one of them is an heiress. Perhaps he isn’t above a little kidnapping either. Yet, when the heiress runs away from her own wedding and straight into his waiting carriage, Holt finds himself on an adventure he’ll never forget. 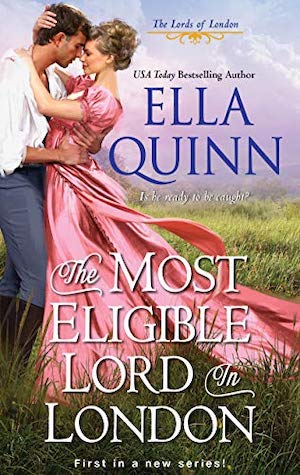 The Most Eligible Lord in London by Ella Quinn (3/31)

[The Lords of London series #1]

Handsome, rakish, and incorrigibly flirtatious Fredrick, Lord Littleton, is notorious. Lady Adeline Wivenly is resolved to keep him at arm’s length during her first Season — until she overhears another woman’s plot to trick him into marriage. Even a rogue is undeserving of such deception, and Adeline feels obliged to warn him — only to find herself perilously attracted to him.

In the past, Littleton’s charm nearly got him leg-shackled to the wrong woman. Now he’s positive he’s found the right one, for Adeline is everything he wants and needs in a wife. Her sense of justice is so strong, she agrees to help him despite her mistrust. But can the ton’s most elusive lord convince the lady he is finally serious about marriage? 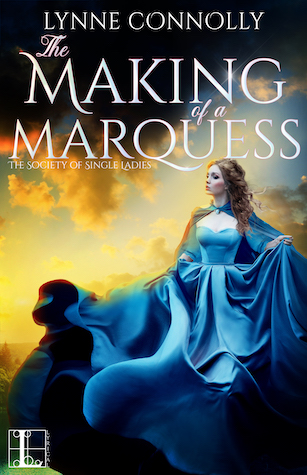 The Making of a Marquess by Lynne Connolly (3/31)

[The Society of Single Ladies series #2]

Dorothea Rowland attends a country house party to investigate a long-lost heir — not to find a husband. But when the dashing American claimant discovers her prowling for clues, she is startled — and seduced — by his provocative kiss. It’s all Dorothea can do to remember her mission. Especially when a series of accidents add up to something far more dangerous.

Benedict only meant to silence lovely Dorothea — not find himself enamored. What’s a gentleman to do but join forces — and propose to the clever beauty? Yet as Ben and Dorothea pursue the truth about his inheritance, their faux betrothal threatens to become the real thing. Soon Ben’s plan to return to his life in America is upended.

Keira Soleore writes for the International Examiner and Cogitations & Meditations. She enjoys connecting with readers on Twitter (@keirasoleore) and through her website (www.keirasoleore.com). Her interests include medieval manuscripts, philosophy, poetry, picture books, choir, sunshine and beaches. Keira is a pseudonym.
All Posts
PrevPreviousDaily Frolic: Little Fires Everywhere is Now on Hulu!
NextPerfect Pairings: Books and Billie Eilish SongsNext