Historically Yours: Top Historical Romance Picks for October 7 to 18 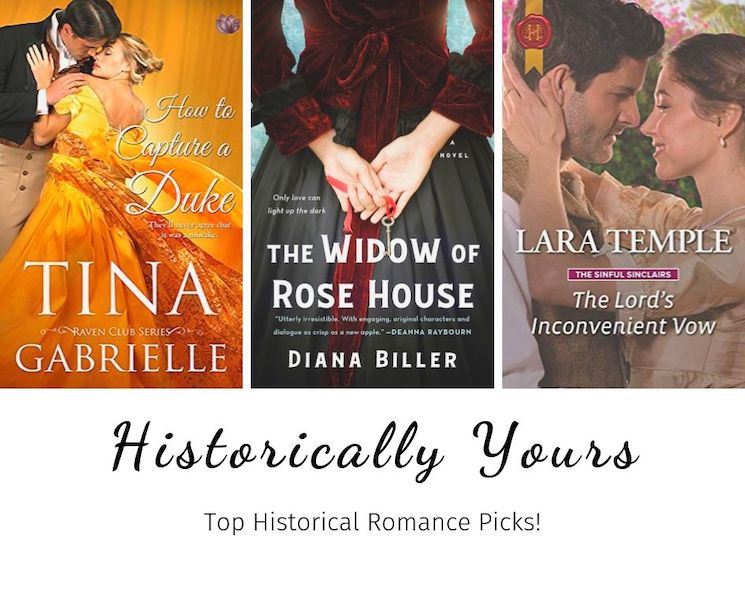 Welcome to Historically Yours where I share some of my top Historical Romance picks for the next two weeks. 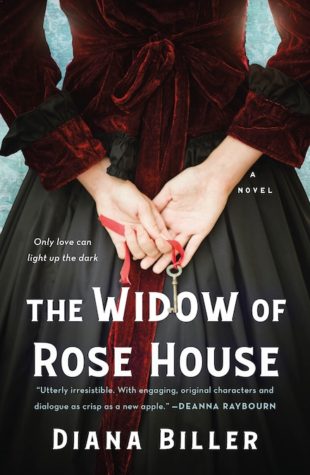 Now widowed and back in NYC during the Gilded Age, Alva Webster wants to make a fresh start by restoring Liefdehuis, a dilapidated Hyde Park mansion. However, fresh starts aren’t as easy as they seem, as Alva discovers when stories of a haunting at Liefdehuis begin to reach her. But Alva doesn’t believe in ghosts. So when the eccentric and brilliant professor, Samuel Moore, appears and informs her that he can get to the bottom of the mystery that surrounds Liefdehuis, she turns him down flat. She doesn’t need any more complications in her life — especially not a handsome, convention-flouting, scandal-raising one like Sam. 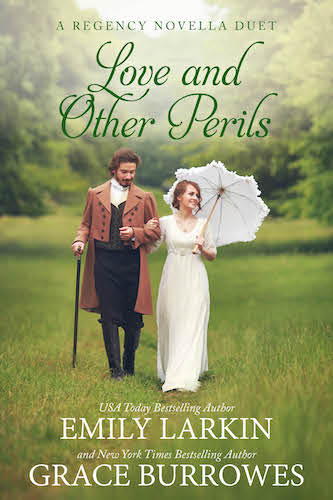 Kisses and Catnip by Grace Burrowes: Max Haddonfield is a man of science, devoted to logic and rational observation. That he also finds homes in libraries for stray cats is merely a sensible exercise in controlling the mouse population…or something. Antonia Mainwaring is practical to a fault and all but on the shelf. When a certain soft-spoken library patron talks her into allowing a large male feline to bide on the premises, somebody starts purring—and it’s not the cat!

Lieutenant Mayhew’s Catastrophes by Emily Larkin: When Lieutenant Mayhew boards the stagecoach bound for Southampton he anticipates an uneventful journey. True, he’s carrying kittens, but it’s only eighty miles. What could possibly go wrong? He’s not expecting to meet the enchanting Miss Willemina Culpepper. Nor is he expecting the kittens to be quite so good at vanishing. Mayhew has faced many challenges in his career as a soldier. Traveling from London to Southampton should not be a challenge. Except that it is. 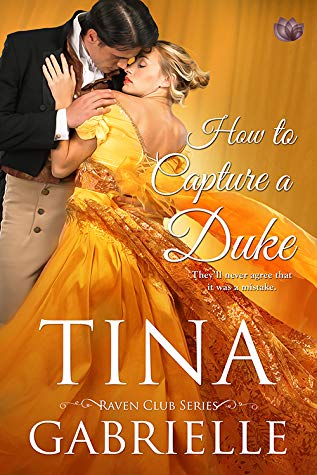 Lady Olivia, the youngest daughter of the Earl of Castleton, has no patience for the boring gentlemen of aristocratic society. She longs for a more adventurous life like the ladies who visit the Raven Club. But her plans are thwarted when her family drags her to a country house party to meet the elusive Duke of Keswick. Tristan Cameron finds Olivia in his stables. She believes him to be the stable master, and he doesn’t dissuade her of the notion. He has no interest in entertaining one of the spoiled, self-indulgent ladies who’ve invaded his home. Except that Olivia is neither of those things, and their shared kiss during a ride results in combustible passion…and a potential scandal. And they find themselves unwillingly betrothed to one another. 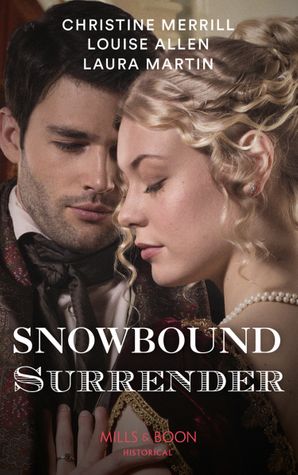 After he broke her heart when he left for war, dare Lucy give Jack Gascoyne a second chance? Find out in Their Mistletoe Reunion by Christine Merrill. In Louise Allen’s novella, when Julia Chancellor is exiled to the countryside for causing a scandal, she finds herself Snowed in with the Rake. In Christmas with the Major by Laura Martin, Lady Cecilia is hiding from her controlling guardian when she encounters Major Joseph Crawley. 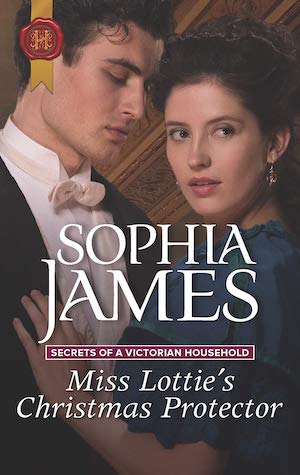 [Secrets of a Victorian Household series]

Working in her family’s charity foundation for destitute women, caring but impulsive Miss Lottie Fairclough is desperately trying to find a missing woman. She ropes in family acquaintance, Mr. Jasper King, to help her having been equally impressed and annoyed when he rescued her from perilous danger. As she gets to know the injured entrepreneur better, it seems he needs her just as much. 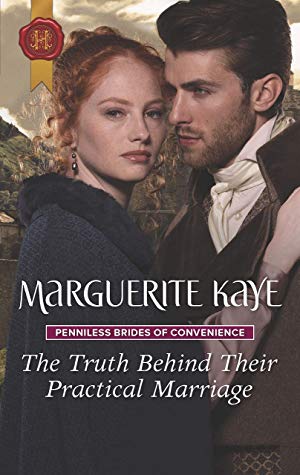 The Truth Behind their Practical Marriage by Marguerite Kaye (10/15)

Miss Estelle Brannagh has never met a man who has tempted her to renounce her hard-won independence — until an encounter with Irish landowner Aidan Malahide blossoms into spine-tingling attraction. He’s carefree and charismatic and accepting his proposal seems practical and shockingly desirable! Yet Aidan is hiding a dark secret, and it will take all of Estelle’s courage to ensure it doesn’t tear them apart. 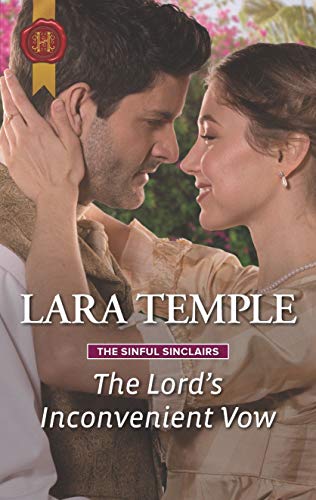 Samantha Sinclair was always Lord Edgerton’s complete opposite. But when Edge encounters Sam again in Egypt, it’s clear the years have changed her as much as him. So after she blurts out an impulsive, convenient proposal, Edge’s protective urge compels him to accept. Is it possible for two such different people to be together and find the happiness they both deserve? 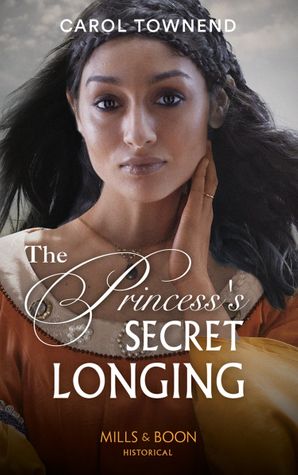 [Princesses of the Alhambra series]

Princess Alba longs for a life away from her tyrannical sultan father. She craves a happy family of her own, away from the palace walls she’s been imprisoned in all her life. So when honorable Lord Inigo comes to her rescue, she’s spellbound! The Spanish knight is betrothed to another, but could he be her only hope of realizing her dream? 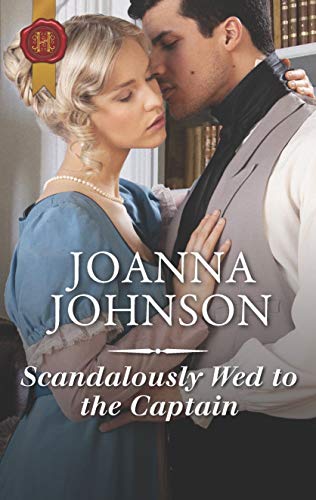 Scandalously Wed to the Captain by Joanna Johnson (10/15)

With her finances, reputation and heart all broken by a family scandal, Grace Linwood seeks employment. But the lady she’s companion to isn’t long for this world. She’s intent on seeing Grace protected and quickly wed to her son, curt and closed-off Captain Spencer Dauntsey. With little choice, all Grace can say is “I do,” but who is the man she has just married?

Keira Soleore writes for the International Examiner and Cogitations & Meditations. She enjoys connecting with readers on Twitter (@keirasoleore) and through her website (www.keirasoleore.com). Her interests include medieval manuscripts, philosophy, poetry, picture books, choir, sunshine and beaches. Keira is a pseudonym.
All Posts
PrevPreviousBook of the Week: His Defiant Princess by Nana Prah
NextMeet the Bluewater Billionaire: Cameron Whitbury of The Mogul and the MuscleNext