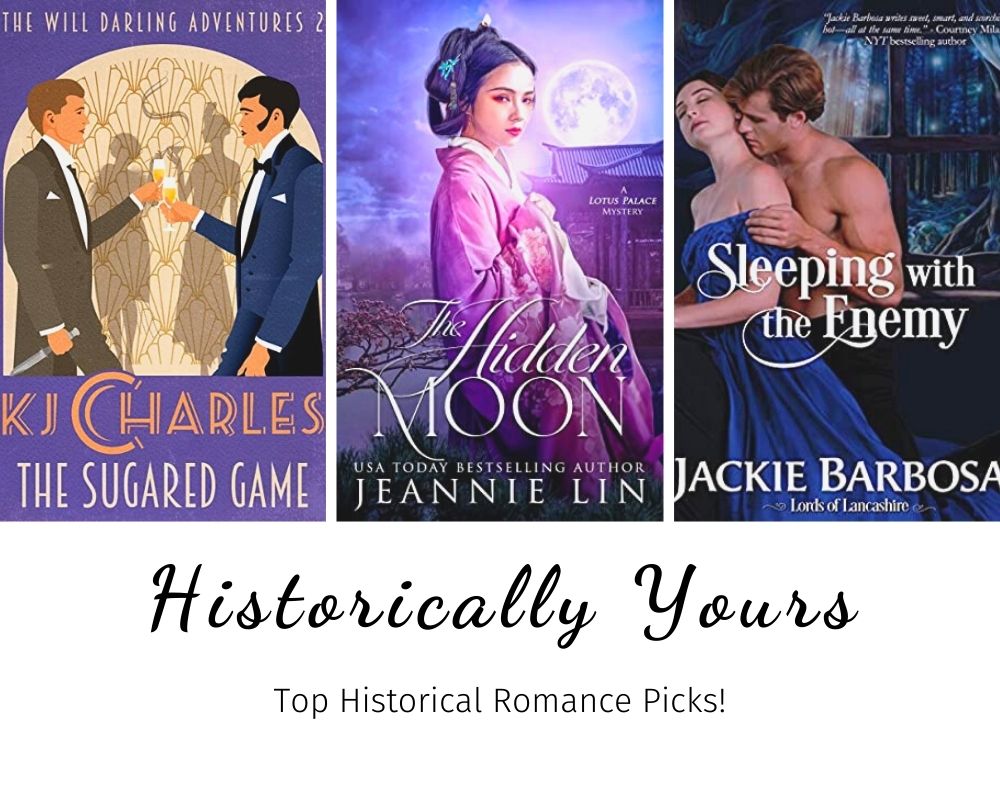 Welcome to Historically Yours where I share some of my top Historical Romance picks for the first half of September. 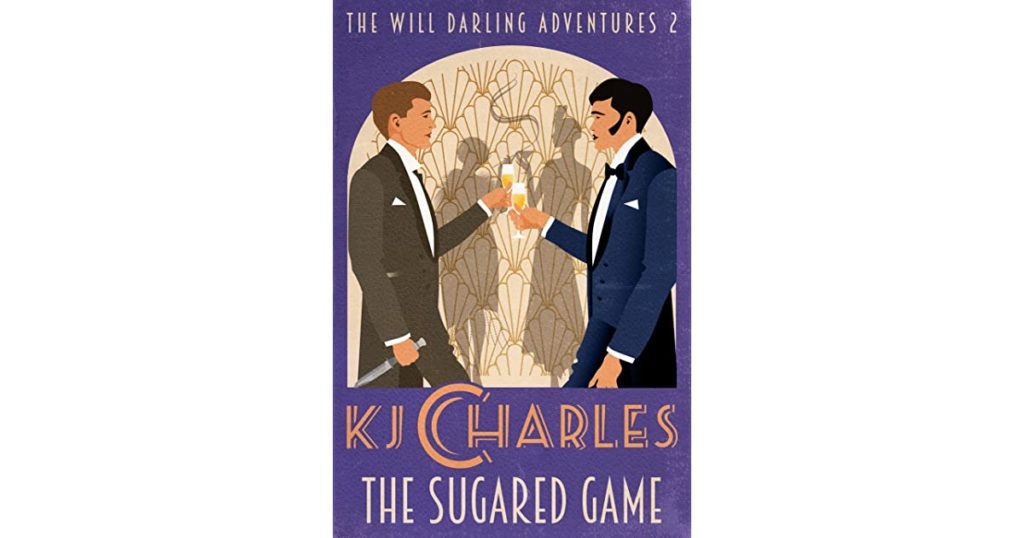 The Sugared Game by KJ Charles

[The Will Darling Adventures series #2]

It’s been two months since Will Darling saw Kim Secretan, and he doesn’t expect to see him again. What do a rough and ready soldier-turned-bookseller and a disgraced, shady aristocrat have to do with each other anyway?

But when Will encounters a face from the past in a disreputable nightclub, Kim turns up, as shifty, unreliable, and irresistible as ever. And before Will knows it, he’s been dragged back into Kim’s shadowy world of secrets, criminal conspiracies and underhand dealings.

This time, though, things are underhanded even by Kim standards. This time, the danger is too close to home. And if Will and Kim can’t find common ground against unseen enemies, they risk losing everything.

[This is book #2 of a three-book arc. The series won’t have a full HEA till #3, Subtle Blood. This series is best read in order, starting with Slippery Creatures. –Keira] 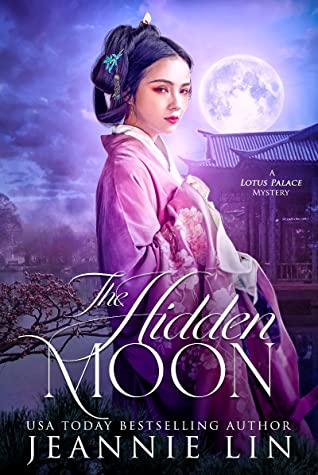 The Hidden Moon by Jeannie Lin

Impetuous and well-educated, young Lady Bai has always been the forgotten daughter between two favored sons. However, when Wei-wei’s older brother is tasked with investigating a high-profile assassination, he turns to his clever younger sister for assistance.

Gao is a streetwise scoundrel with a checkered past and a shady reputation. He knows better than to set his sights on the high-born Lady Bai, but when she asks for his help, he can’t refuse.

As the unlikely pair chase down a conspiracy that reaches from the gutters of the capital to the imperial palace, Wei-wei is intent on seeing justice done, while Gao is determined to solve the mystery just for her — even if the attraction between them can never be more than a moment’s longing. 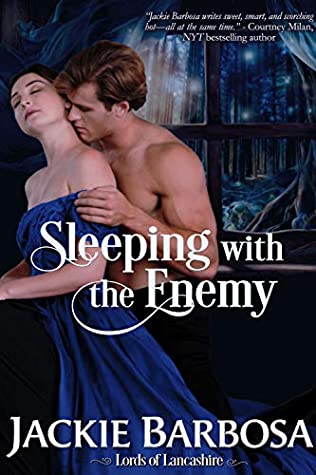 Sleeping with the Enemy by Jackie Barbosa

When Mrs. Laura Farnsworth discovers the blood-stained body of a man wearing the distinctive red coat of the British army, her first instinct is to let dead dogs lie. It has, after all, been just two days since the Battle of Plattsburgh, and the disposition of enemy corpses is hardly her purview. But then the man proves himself to be very much alive by grabbing her ankle and mumbling incoherently.

After almost twenty-five years in His Majesty’s service, Lieutenant Colonel Geoffrey Langston never expected to wake up in heaven, much less being tended to by an angel. But when he regains consciousness in the presence of a beautiful, dark-haired woman and with no memory of how he came to be there, what else can he think? Except it’s rather odd for an angel to have an American accent.

As the long-widowed Laura nurses the wounded Geoffrey back to health, the attraction between them heats from a simmer to a boil. Bound by his oath to the British crown, Geoffrey should be working to find his way back to his regiment, and from there, to England. Instead, he’s sleeping with the enemy…and thereby committing the crime of desertion if not treason. 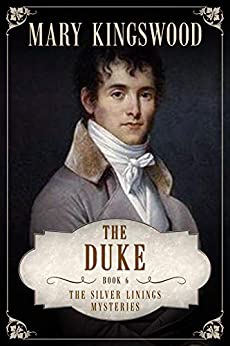 The Duke by Mary Kingswood

The sinking of the Brig Minerva results in many deaths, while for others, the future is suddenly brighter. But it’s not always easy to leave the past behind…

Lord Randolph Litherholm has spent a year coming to terms with the death of his twin brother, Gervase, the 7th Duke of Falconbury. Now it’s time to set aside his mourning and accept his role as the 8th Duke. It’s not the management of the vast Litherholm wealth that bothers him, for he’s been running the estate for years. No, his reluctance is all due to the marriage that was arranged for his brother, and the expectation that Ran will take on his brother’s bride as well as his title.

Lady Ruth Grenaby’s marriage was arranged when she was twelve. Now she’s twenty-one and still waiting for her wedding day. Her intended husband is dead, but to her father, the younger brother will do just as well. He’s a duke, after all, and his eldest daughter can’t possibly marry a less exalted man. She’s a dutiful daughter, so she’ll do as her father says and marry Ran, even if he only sees her as another inherited obligation. But shattering events cause her to re-evaluate everything she’s ever believed in, and she must decide between duty and love. 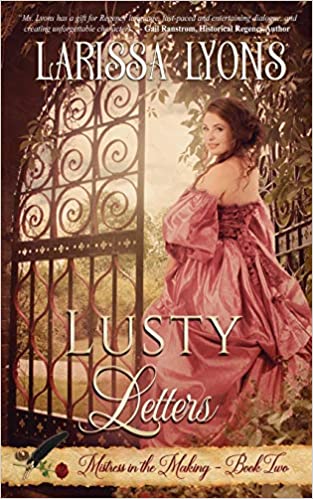 [Mistress in the Making series #]

Hampered by a pesky, persistent stammer, Lord Tremayne takes to writing letters when he decides to woo his new mistress, little realizing how their fun, flirty exchanges will quickly become the light of his day. Or how wretched he’ll feel when the charming Thea suggests they banter in person, possibly pen poetry together. Blazing ballocks! Is she insane?

Her fascinating new protector has secrets — several. And though Thea fears losing her common sense — but never her heart — to the marquis, she stifles her longing to know everything about him, hesitant to destroy her newfound circumstances should she press for more. But then his naughty notes start to appear, full of humor and wit, and she realizes ’tis likely too late — for her heart may already be his.

Keira Soleore writes for the International Examiner and Cogitations & Meditations. She enjoys connecting with readers on Twitter (@keirasoleore) and through her website (www.keirasoleore.com). Her interests include medieval manuscripts, philosophy, poetry, picture books, choir, sunshine and beaches. Keira is a pseudonym.
All Posts
PrevPrevious5 Summer-Themed Paranormal Romance Books: Demons, Fae, and Everything In Between
NextFrolic Podcast Network Weekly Wrap-Up: Gossip Girl, Tapeworms and More!Next