Holding Out for a Hero by Court Stevens 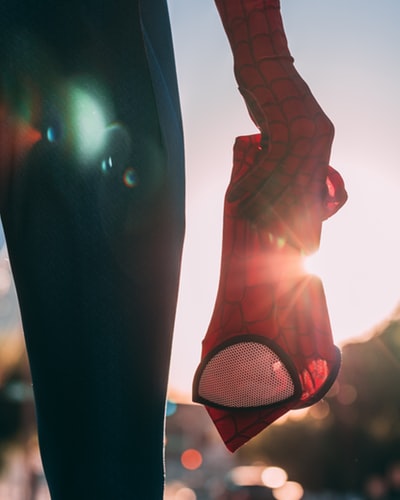 [Note from Frolic: Today, we welcome author Court Stevens to the site! She’s talking all things heroic figures. Take it away, Court!]

I think a lot about heroes.

I ask people about their heroes.

If I had a time machine and went back to childhood, these same women would reel off lists of heroes.

But lately, I am questioning if I, particularly as a woman, have lowered the ceiling for my heroes? And if maybe that’s the reason so many women answer, “I’m not sure.”

As a lover of heroes and a writer of heroes, I’d like to get to the bottom of that shizz.

Like most people of this generation, I’ve learned how much I value representation, which naturally carries into my hero choices. I not only want a hero… I want a hero like me. I want to look at her and believe the difference between us is gumption and circumstance.

As I write…I want a hero like me…I consider the strangeness of that sentence. Imagine a six-year-old looking up at her mother or teacher or Rosa Parks and saying…I want her to be like me. Our six-year-old selves know better. We inherently say…I want to be like her. We move toward their ideals to be heroic; we don’t relegate them to ours.

A reality factor often comes with age that subjects heroes and heroic ideas to cynicism. Which is probably why children say I want to be an astronaut and adult’s retort I’m bad at math. Is that good, bad, maturity…life? I’m not sure. And maybe it’s just me, but something in the current social air suggests that if I am to choose a hero, I must choose a hero in my own league.

I wrestle (and therapy) over my lack of femininity. Beauty is an age-old topic for women and I am no different. Some days, I possess the personal worthiness to know I am beautiful as I am, and some days, I’m a ball of shame. “Oh, how could anyone find me attractive in my boyish clothes and dragged back ponytail?”

Now, armed with that piece of information, ask me about beauty heroes.

The elegant Kerry Washington, who has to be one of the most beautiful women alive? Nope. The girl-next-door, Jennifer Gardner, who delights me more than almost anyone on the planet? Not her either. How about U.S. soccer star, Alex Morgan, who manages to lock down strong and gorgeous after ninety minutes of running? She’s also off limits. But why?

I assume this happens when my insecurity defaults my whole heroic system to heroes I deem to be in my league. And right on the heels of that notion… why have heroes at all when I’m never going to measure up? I meet many young people who identify zero heroes. (And in a world where Simone Biles exists, that makes me sad.)

Thank God I don’t listen to those insecurities in every aspect of life. I’d never have written a word.

I’m not saying that your average woman doesn’t want heroes or to emulate her heroes; I think we desperately do. Greater than our want is our fear; we’re terrified of being disappointed by others or others being disappointed in us. So it goes like this … We would rather not have heroes then find out our heroes are human. (Which we inevitably will). Or… we would rather not have heroes than be unable to identify with them.

Who said a hero must be a perfect example of everything? And…isn’t a hero supposed to feel out of reach? Isn’t that how we learn the art of striving and value of vulnerability? (And isn’t an op-ed piece supposed to have answers rather than questions? I’m getting there, I promise.)

If you want me to be honest, some days I am overwhelmed by surviving (much less striving or thriving), so I’m apt to say …show me a gal who pays her bills, loves her job, and feels deeply loved by those in her community. That’s the stretch. I don’t have room in my emotional arsenal for any changing the world crap.

What I’m saying is this: there is an emotional cost to having heroes.

But I believe there is a greater cost to not having them.

Having heroes subjects us to comparison and we often don’t have the emotional bandwidth to draw that bath of shame and soak until we’re wrinkled. (And is this lack of heroes possibly responsible for the rise in super hero movies and books? It seems likely we give ourselves internal permission to love Wonder Woman because she’s not human and therefore her ethics, looks, and skills are unobtainable? “Take her off the table, she’s a fantasy,” we say.)

Somewhere in these constructs it’s easy to succumb to fear. And that fear sounds like this… if I say aloud that Lin-Manuel Miranda is one of my heroes, someone will ask a) Why a man? And, b) Why isn’t your social media feed better? Or c) He’s a genius and you’re…you. Have you noticed? Naming a hero means I will be questioned and judged. And both of those things, particularly as a woman, make me uncomfortable.

What does this hero conundrum mean for those of us who create content for a living? (We only post pictures of puppies on Instagram.) How do we write books for women who aren’t sure who they want to be or a woman who has already decided she is who she is and striving isn’t required or desired? How do we write, draw, film, capture, and paint when we ourselves are scared to want?

We do it anyway.

And you know how I know? One of my heroes, Ruta Sepetys, taught me that.

We must raise the ceiling not lower it.

We must lead even when we don’t have the courage.

We must remember that we’re hungry for Rosa Parks and Simon Biles. For Malala and Ellen and Oprah. For Girls who Code to become Women who Colonize Mars.

We must strive and fall down and strive again.

We must honor persistence over perfection.

We must not let our daughters let go of their heroes.

And we creators must birth heroes into the world, even if people aren’t yet in a place to receive them.

So I’m going on record, I love the hell out of Lin-Manuel Miranda and Ruta Sepetys. And if I can figure out how to put something into the world that makes someone else feel the way the way their creative body of work makes me feel…Sign me up. They’re my heroes and they’re out of my league and I don’t care. I want to make something better than me. I want to be better than I am. And I don’t always know how, but I know the starting place involves turning off the internal comparison and competition voices and searching for human and literary examples that make me strive.

(The June Boys, my lasted novel, is dedicated to Ruta Sepetys.)

Courtney “Court” Stevens grew up among rivers, cornfields, churches, and gossip in the small-town South. She is a former adjunct professor, youth minister, and Olympic torch bearer. She has a pet whale named Herman, a band saw named Rex, and several books with her name on the spine. 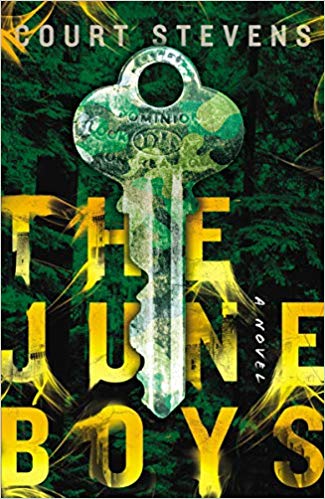 The June Boys by Court Stevens, out now!

The Gemini Thief is a serial kidnapper, who takes three boys and holds them captive from June 1st to June 30th of the following year. The June Boys endure thirteen months of being stolen, hidden, observed, and fed before they are released, unharmed, by their masked captor. The Thief is a pro, having eluded authorities for nearly a decade and taken at least twelve boys.

Now Thea Delacroix has reason to believe the Gemini Thief has taken a thirteenth victim: her cousin, Aulus McClaghen.

But the game changes when one of the kidnapped boys turns up dead. Together with her boyfriend Nick and her best friends, Thea is determined to find the Gemini Thief and the remaining boys before it’s too late. Only she’s beginning to wonder something sinister, something repulsive, something unbelievable, and yet, not impossible:

What if her father is the Gemini Thief?

As an Amazon Associate, we arn from qualifying purchases.

1 thought on “Holding Out for a Hero by Court Stevens”

Where Romance and Pop Culture Live Happily Ever After.
All Posts
PrevPreviousDaily Frolic: ‘Emojiland’ is Going to Be Your New Favorite Musical
NextTrope Rec Tuesday: Cooking Competitions That Turn Into Love StoriesNext