Holly Black: “She’s a very different character than a lot of characters I have written before” 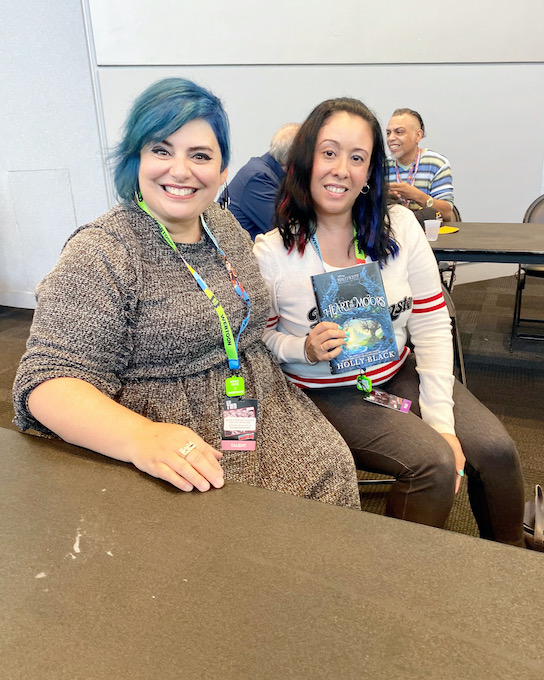 This early October, I had the blessing of attending New York Comic Con and interviewing the “Queen of Faerie” herself, Holly Black!

We had a chance to ask her some exclusive questions about her recent novel with Disney Publishing, Heart of the Moors, a Maleficent tale and the upcoming, The Queen of Nothing.

Here is what Holly had to say to us! 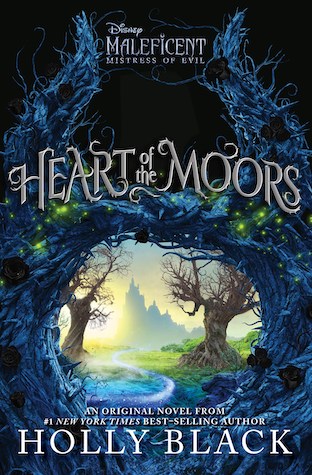 Aurora: Let’s talk about Heart of the Moors! I read it in one night. It’s targeted to middle grade, but captures some quite fantastical elements. How was it writing about Aurora and Maleficent?

Holly: I think when you get asked to do a story (like a retelling) you must be a fan. I was allowed the opportunity to play in a world that otherwise you would not have had the opportunity to play in. It was a really fun, good, exciting story to tell and a great experience to get to figure out what the story could be and where the spaces where in the story that existed already and what I could do with it.

How was it like diving into the Maleficent character for this book?

The hardest thing is that film by its nature doesn’t have interiority. And so you have certain assumptions from characters thinking of them, but when you move into writing you have to actually be willing to make some big conjunctures about “this is how she really feels” and “this is what’s really going on” inside their heads…we know them from the film but it’s different to express it in a written story. Having that interiority is the fun part…but also the intimidating part. Because you want to get the voice right, sound right and you want to use the speech quirks right. It was truly a great experience.

How was it writing Aurora, since they’re so different?

I think that when you look at the two films, the space where we didn’t really see entirely what was going on was with Aurora. And, you know, she was the place where we didn’t stay. So I wanted to get to write about her more because when you’re looking to write something in a world you look for what’s not there? And so, it was fun to write her, she’s a very different character than a lot of characters I have written before…but she had some really big challenges at the end of the film facing her…you know she was in charge in a way that she had not been in charge before. And it was great to explore what she was going to do with that and with these two very different communities of people that she cared about. How much did she consider herself human…so I had a lot of questions, so she was extremely fun to explore and write. 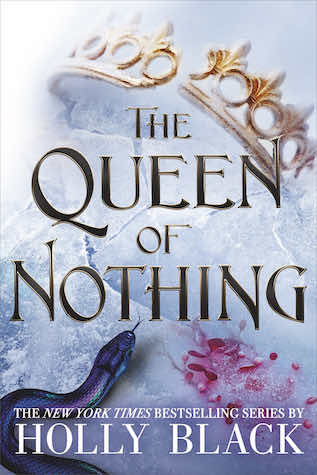 Let’s talk about the world of The Cruel Prince. That world has some great characters and the story goes from the human world to the world of faerie. What can fans expect from The Queen of Nothing, releasing this November?

It starts out in the human world. And it’s about Jude trying to figure out how to get back what she lost. I was saying I didn’t even realize the title was so literal in a way, because Jude is now in exile and she has lost a lot. I think the whole series for me is about Jude being raised by the murderer of her parents…and I think in the end she had not realized how much like him she’d become. And the question by the end of it is, if she can have all the power in the world and all the safety that that power represents, like what is she willing to give up for that? Is she willing to give up her humanity, is she willing to give up if people care about her, is she willing to give up the good of faerie…there’s a lot of her going through a lot of inner turmoil…she’s a character that kept down what she wanted for a long time, and she’s discovering things she wants, she wants big things, things that the world is probably telling her she shouldn’t have.

So what do you feel Jude ultimately wants?

I feel like Jude ultimately wants to have a high position in the faerie world. A land that she’s told she’s not allowed to occupy! She wants love that might be really bad for her…love that maybe she shouldn’t want. She wants all of these big things that everybody is telling her she shouldn’t have. And I think that is the pleasure of this book, is having a character wake up to wanting things that ultimately they shouldn’t want. And going for it!

How was it and how has it been seeing the reaction of fans to The Cruel Prince series? They definitely seem to want more, especially with this earlier release of The Queen of Nothing.

The release schedule for The Queen of Nothing has been so fast! Because we had the first two books apart by one year, and now it’s not even going to be a year for this last one to come out…and honestly it was an issue of internal scheduling with Little Brown and I had the book in early and so we just had it early anyways…so it turned out well! It’s been amazing that people love it and you know the enthusiasm…and the questions and all the fan love has been amazing!

Aurora Dominguez is a high school English teacher, college professor and journalist in South Florida. Her work has appeared in The Miami Herald, Where Magazine and J-14 Magazine, all places where she worked as a writer and editor before going from the newsroom to the classroom. Her favorite days are "Caturdays," which she spends with a good book, her husband, Sebastian, and her cat, Luna. Her motto when it comes to reading: "No book left behind!"
All Posts
PrevPreviousTwo Incredible Fantasy Novels to Read to Your Kids (or by yourself!)
NextE.D. Baker and the Power of the PrincessNext