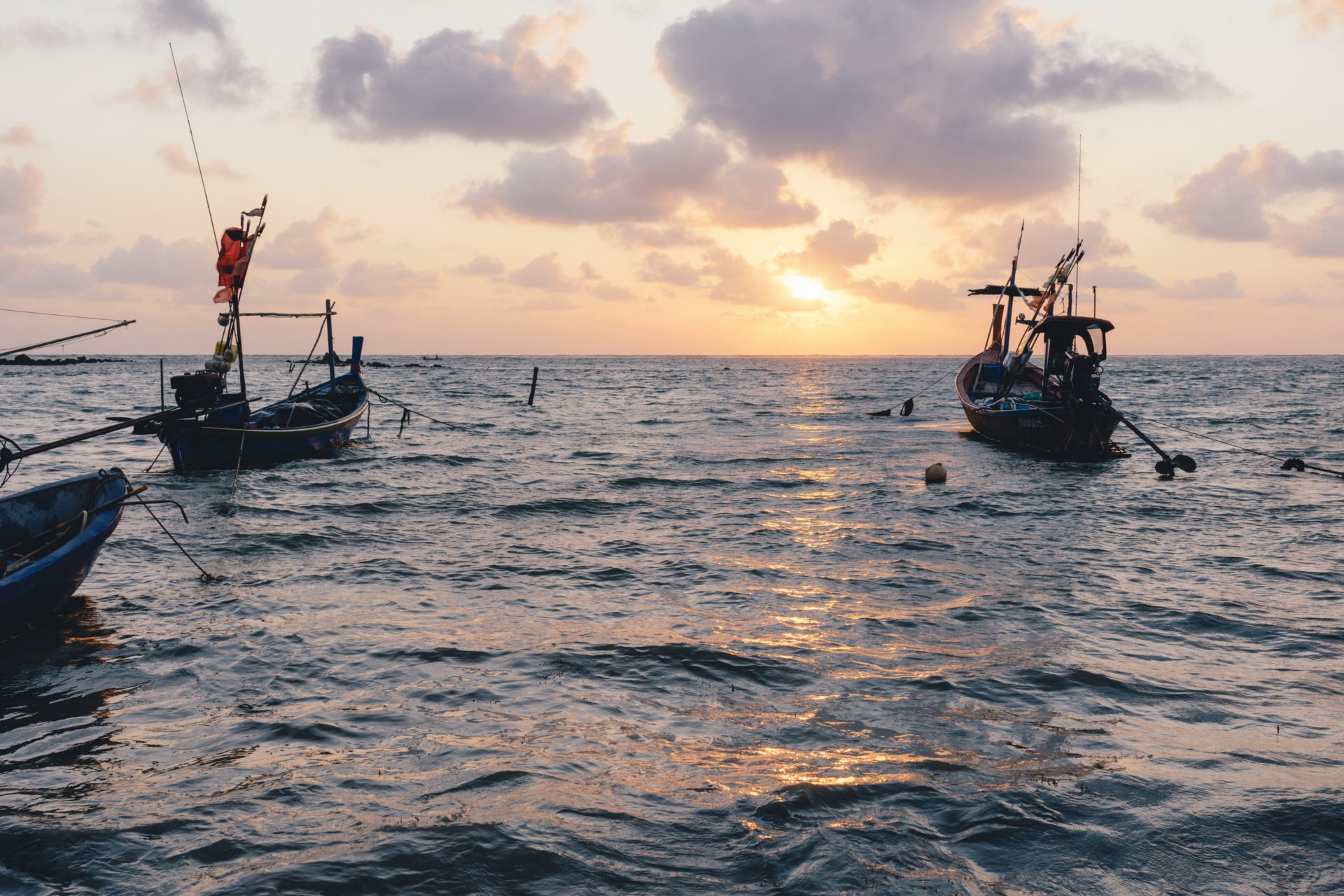 [Note from Frolic: We are so excited to have author Piper J. Drake guest post on the site today. Take it away Piper!]

In my novel Fierce Justice, when mercenary Jason Landon unexpectedly finds himself “hosted” by canine handler and Search and Protect team member Arin Siri in one of her bolt holes, he is faced with a choice: stay dirty or shower and get back into dirty clothes.

This isn’t a life shattering issue. But heck, the man was left for dead in the jungle and had been laying on the ground with who knows what crawling over him before Arin found him and brought him to the hospital. He’d been cleaned up a bit, but his clothes were still dirty, and there’s a certain hospital air that clings to any of us who have spent more than a few hours in any hospital anywhere.

Arin is a woman prepared for various contingencies—as part of her profession, she regularly travels light and under the radar—but she doesn’t just happen to pack men’s clothing of a size much larger than her. What she does have is a practical, one-size-fits-all garment called kangkeng le (กางเกงเล). 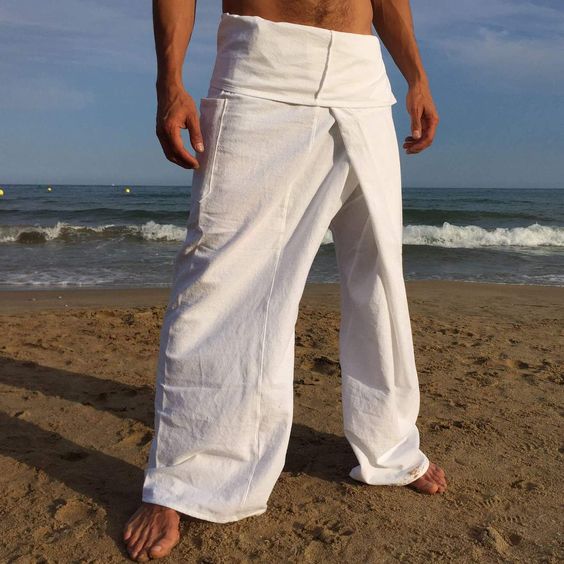 I first encountered kangkeng le as a kid in Thailand. My grandfather and uncles, even my father, opted to wear them around the house as a comfortable pair of lounge pants. I started wearing these unisex pants too because they’re generally made of light, breathable fabric and I liked the adjustable waist. They always fit. Always. Growing up as a larger-than-average Thai girl, finding clothes that fit in the marketplace was a relief. Too often, store owners would look me up and down and make a flat statement that I needed “foreigner” sizes.

These days, tourists might encounter kangkeng le in just about any market. At popular temples, visitors are asked to keep their shoulders and legs respectfully covered. For those who weren’t aware, kangkeng le and wrap around sarongs are available for purchase or even rent for tourists to wear over their shorts so they can still visit the temple.

My mother, who lives in Thailand, regularly brings kangkeng le and other comfortable Thai-style clothing items as souvenirs on her visits to the US. I’ve got a growing collection of these as comfortable lounge wear. My partner, Matt, also purchased his own pair of kangkeng le on our recent trip to Thailand. They are a great clothing item for warm weather.

Arin is Thai American, and it made sense to me that Arin would pack a pair of kangkeng le as pajama pants or lounge pants for the few quiet moments she might have in her travels. Fortunately, she was also willing to give them to Jason as a temporary solution so the man could take a shower. 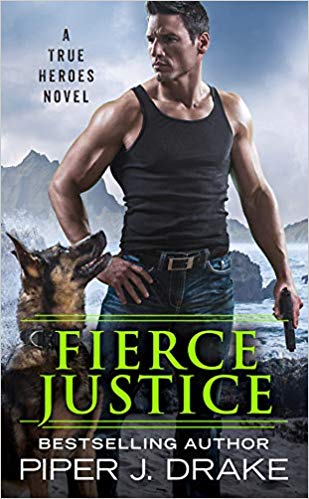 Real heroes aren’t born, they’re made
K9 handler Arin Siri doesn’t like taking orders, and she works best when it’s just her and her dog King out in the field. But when she discovers a wounded soldier of fortune during a Search and Protect mission, she has no choice but to get him to safety. The last time she and the roguish, sexy Jason Landon tangled, they were on opposite sides of the conflict, but this time, he’s claiming to need her help.

When Jason wakes up in a hospital on Hawaii’s Big Island, he’s shocked to discover Arin guarding him. She’s the last person he expected to see, but she’s also the only person who can help him bring down a kidnapping ring. As they draw closer to danger-and to each other-they must race against the clock to discover who the kidnappers are working for, or risk becoming collateral damage themselves.

The water shut off and there was a rustle of fabric. She tried not to imagine what he’d look like all wet and toweling off. She failed. He stepped out of the bathroom a minute later, shirtless and in the process of tying off the waist of the kangkeng le she’d lent him.

He was glorious. She’d known he had an amazing build to begin with, but the muscle definition exposed by his current state of undress was mouth-watering. He was broad across the shoulders and heavily muscled through the back and lats with the kind of cut that made her want to run her hands all over him. And those abs…

There was a saying popular in the Thai dramas her mother liked to watch: “chocolate abs.” Arin always cautioned her mother not to use the term, especially not in the US where it had a different connotation, but in those Thai dramas the phrase was intended to compare a man’s abs to the subdivided sections of a chocolate bar. Very tempting. Personally, Arin liked the idea of chocolate abs much better than a six-pack. She was a lot more likely to nibble and lick a chocolate bar than the outside of a six-pack of tin cans.

He wore the kangkeng le low at his hips so she couldn’t help but appreciate her absolute favorite spot. He had the deep definition V, leading from high on his hips down below his waistband. The kangkeng le was very lightweight and if the extra fabric hadn’t been folded over where he’d tied the pants and lower, there wouldn’t have been much left to imagine.

Heat rose in her cheeks as she realized she hadn’t taken all of him in during her usual split-second assessment. No. Her gaze had lingered, and considering she’d denied him only a few minutes before, she was being rude as hell. She lifted her gaze to meet his. “I’m sorry.”

He crossed his arms. Not a positive sign as body language went. “For stopping us earlier? Have regrets?”

“No.” This time she was the one to lift her hands, palms open in a sign of peace. “I shouldn’t have been rude just now.”

His arms relaxed a bit, but remained crossed. “Appreciated. But you get that all the time, I’m betting.”

She shrugged. “Not so much. I’m…off-putting.”

It was true. She wore her attitude like dented plate armor and most didn’t dare look long enough for her to catch them at it.

He grunted. “Why don’t you find yourself a seat. We’ll start this debrief, then we can figure out who is sleeping where.”

Back to business and steadier ground.

Piper J. Drake is a bestselling author of romantic suspense and edgy contemporary romance, a frequent flyer, and day job road warrior. Wherever she goes, she enjoys tasting the world and embarking on foodie adventures. Dogs—and horses—have been known to spontaneously join her for a stroll and she enjoys pausing for a nice chat with cats of all sizes, from domestic to tiger size and beyond.

Piper aspires to give her readers stories with a taste of the hard challenges in life, a breath of laughter, a broad range of strengths and weaknesses, the sweet taste of kisses, and the heat of excitement across multiple genres including science fiction and fantasy.

Play Find the Piper around the Internet for insight into her frequent travels and inspirations for her stories.

Where Romance and Pop Culture Live Happily Ever After.
All Posts
PrevPreviousDaily Frolic: This Couple Finds Their Happily Ever After Every Week in ‘Bohemian Rhapsody’
Next5 Questions With: Katrina Leno, Author of ‘You Must Not Miss’Next