How I Changed my Life with Yarn by Hettie Bell 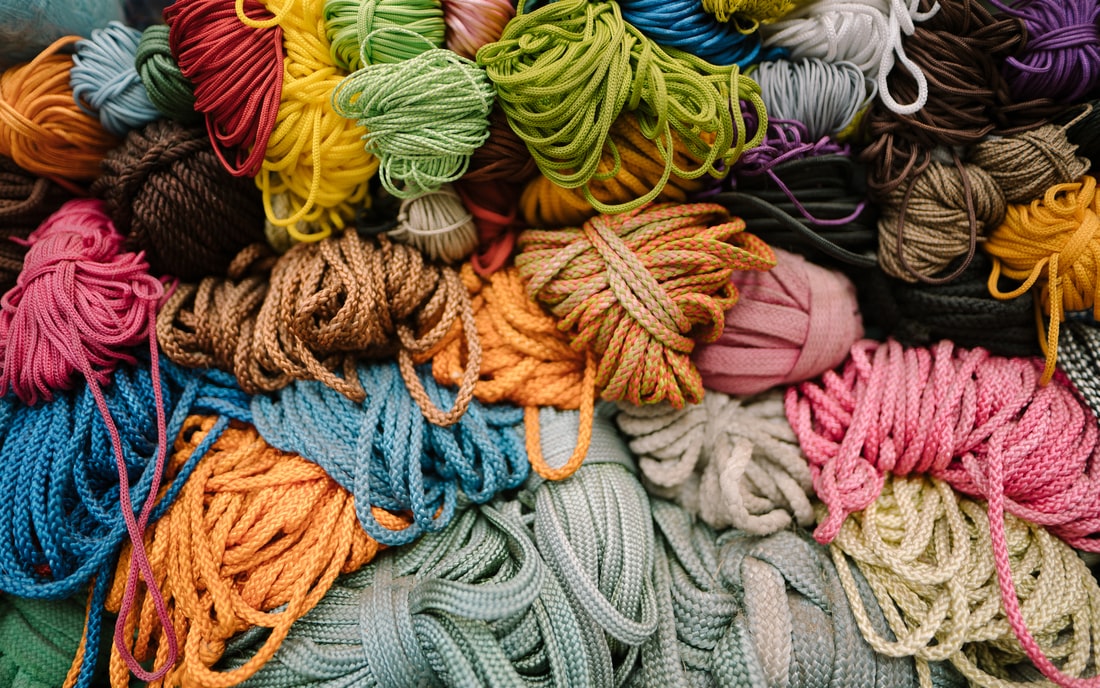 [Note from Frolic: We’re so excited to have author Hettie Bell guest posting on the site today. She’s talking all things yarn. Take it away, Hettie!]

Three years ago, I made a life-changing decision. Did I start a new job? Break out of a toxic relationship? Put a down payment on a house?

No, but I joined a stitch n’ bitch.

They call themselves the Wandering Woolies, and they meet every Wednesday night here in Edmonton, Alberta. The venue changes every week—rotating between cafes, library branches, seniors homes, and even a bike shop—thus the “Wandering” part of the name.

I didn’t know it at the time, but being a part of the Woolies made such an impact on me that I dedicated my upcoming book Knit, Purl, a Baby and a Girl (Carina Adores, March 30, 2021) to them.

There’s an ongoing joke about how mothers and daughters seem to come to Woolies together. When you’re joining a new social group it can feel a little intimidating, so it’s not unheard of to bring a friend along to the first meeting at least, just to ensure there’s one person there you know. When my mother joins a new stitch n’ bitch she brings me, and vice versa. How it usually goes is this: I end up at a library group with my mother and her fellow boomers knitting for their grandkids, or she ends up at a Local Yarn Store with a bunch of millennials working the latest avant garde Steven West shawl, and as the one of us gets comfortable among ‘our people’, the other gradually stops attending. But however it came to be, Woolies of different generations meet around the same table week after week. Gen Z teenagers find themselves right at home with the Greatest Generation, and whether it’s amigurumi or charity knitting in the grand old tradition of sending socks to the boys overseas, we all share in our love of the craft.

Speaking of sharing, my favourite part of any Woolies meeting is when we do show and tell. The process is pretty self-explanatory: we set aside a time in each meeting to take turns around the table showing off what we’ve been working on. What’s cool is how, perhaps because of the diversity of the group, there’s a diversity of projects too, and Woolies are as attentive to the knitter showing off a dishcloth knit from cotton scraps as they are to the one working on a fair isle sweater knit from eight shades of fine merino. Newbies and artisans, knitters and crocheters, yarn snobs and bargain lovers, all equally valid in their work and dedication to their chosen craft, and everyone gets their moment in the spotlight.

When one of our more elderly woolies found herself no longer able to hold her crochet hook, she very sweetly, very nervously asked if we’d mind if she did something else at the table. She still wanted the company, but would it be all right if she worked on a puzzle? As if we’d kick out one of our own for picking up a new hobby! And when an Autistic Wooly brought her non-knitter support person along, the Woolies were quick to invite her to show off her adult colouring book during show and tell and be included in her own way. Soon the group became a haven for not only knitters and crocheters, but people who cross-stitched, hand quilted, did sketching and diamond paintings.

There’s only one absolute when it comes to the venues the Woolies wander to on a given week: the location has to be accessible to people who can’t use stairs. Wandering the city of Edmonton gives the greatest number of people the greatest opportunity to attend meetings. Some members only attend meetings in their own neighbourhood, or ones that are easy to reach by bus. Others prefer meetings where there’s no obligation to buy anything to take up space a table. On one memorable occasion we were able to get flu shots as we knit because hosting our meeting in a coffee shop attached to a pharmacy meant a pharmacist had to be present and he figured he might as well make himself useful. In the summer, we knit outdoors on patios, and in the winter we get cozy in seniors residence community rooms and invite anyone who lives in the building to pull up a chair for some company.

Above all else, what sets the Woolies apart is how it brings people of different ages, abilities, genders, and backgrounds together. I won’t lie and say we all get along all the time and that the prejudices and tensions of the outside world don’t intrude into the space we’ve made for ourselves, but I can promise you this: that no matter who you are or where you come from, the Woolies’ leader, Barb, will take the time to learn your name and hold space for you to share the things you’re making, and by extension, the things you care about, that make you, you.

Because ultimately, that’s the lesson the Wandering Woolies taught me, and why they had such an influence on my book. That when we craft, we’re not just making an object, we’re sharing with the outside world something that came from within us. And when we include other people in that time of creation, for company or commiseration or teaching or encouragement, we invite them into ourselves.

And it never hurts to have someone by your side to help you pick up dropped stitches or detangle yarn barf, either.

Hettie Bell grew up in small towns in New Brunswick and British Columbia, and now lives outside Edmonton Alberta with her family. She first fell for Highland historicals as a preteen, and that love deepened as the romance genre grew more diverse and queer. A proud bisexual woman, she’s honored to write all the happy endings she never thought she’d get to read. When she’s not writing, she’s knitting one of the at least three projects she has on her needles at any given time. 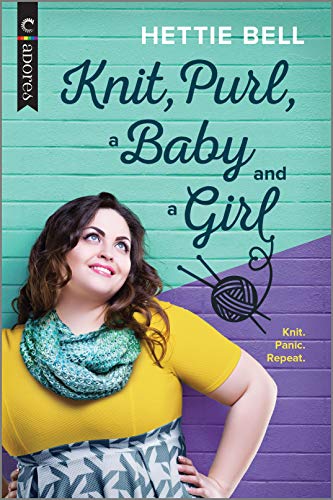 Some people can’t wait to have babies. They’re ready for it—with their perfect lives and their pregnancy glow…

Poppy Adams doesn’t have a perfect life, and she wasn’t ready for the positive test. An unexpected baby—Poppy’s unexpected baby—won’t exactly have her family doing cartwheels. But she’s making the right choice.

Poppy’s totally got this. She just needs a little encouragement, and a knitting group is the perfect place to start. Baby blankets, booties, tiny little hats—small steps toward her new life. But she feels like she’s already dropped a stitch when she discovers the knitting group is led by the charismatic Rhiannon.

It’s not exactly a great time to meet the woman who might just be the love of her life. While the group easily shuffles around to make room for Poppy, it’s not so easy fitting her life and Rhiannon’s together. With the weeks counting down until her baby arrives, Poppy’s going to have to decide for herself what truly makes a family.

Where Romance and Pop Culture Live Happily Ever After.
All Posts
PrevPreviousTrope Rec Tuesday: He’s Probably Broken His Nose Once or Twice
NextMy Favorite Fantasy Worlds by Adrienne TooleyNext