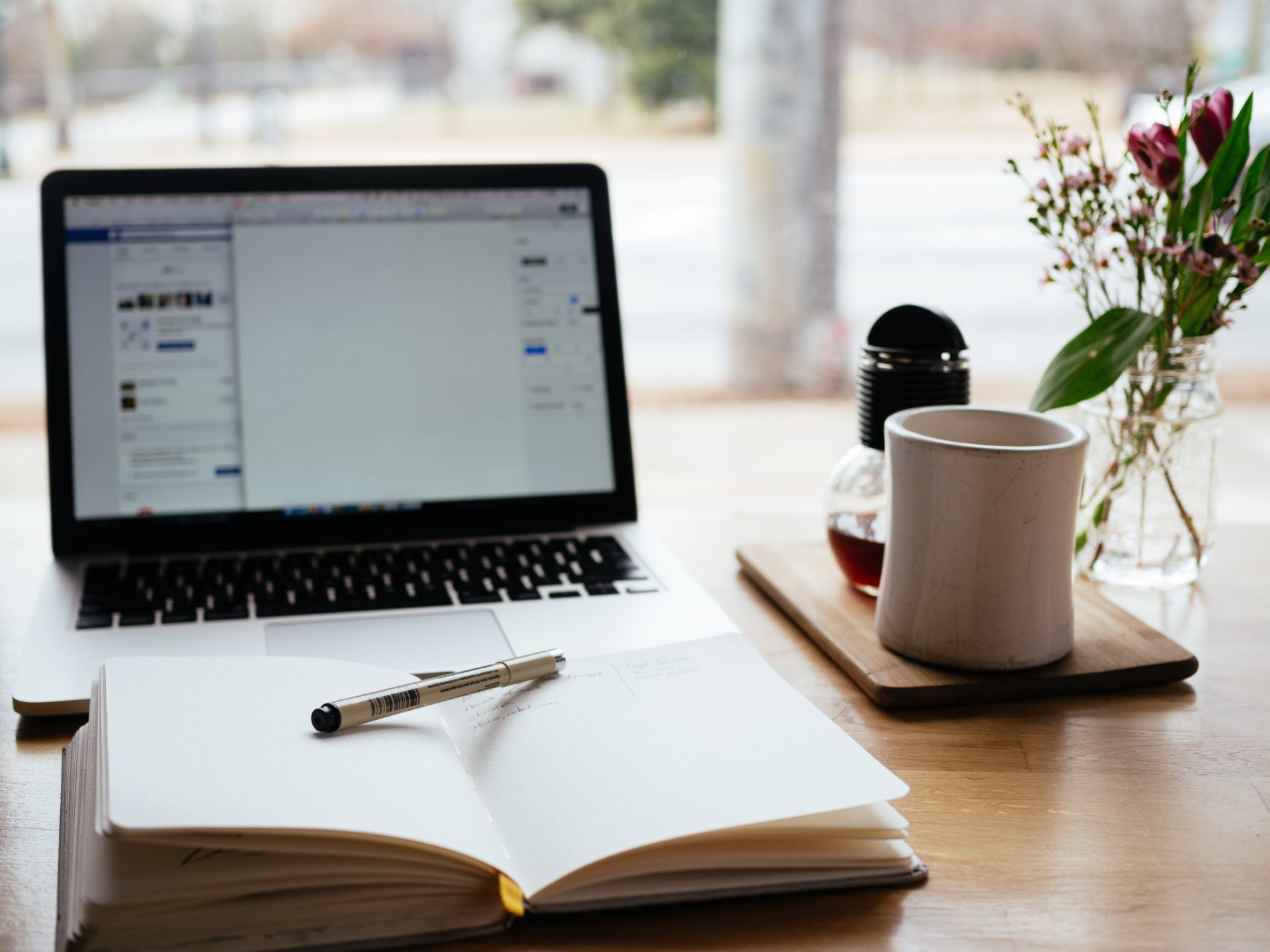 [Note from Frolic: We are so excited to have author Janet Elizabeth Henderson guest post on the site today. Take it away Janet!]

I write rom coms. I also read a LOT of romance. And that’s where the problem started.

About three years ago, I realized I had a paranormal romance addiction. I’d been obsessively working my way through everything Christine Feehan, Lora Leigh and Nalini Singh had written and I’d run out of books. I blame Nalini for my addiction, after I met her at a conference, I thought I’d read one of her novels. The first one I read, Slave to Sensation, was my gateway drug to years of reading paranormal and sci-fi romance. I read everything I could get my hands on. But the writers I loved weren’t writing fast enough to keep me supplied with books, and I started to look around for other ways to feed my habit.

I binge watched movies—Terminator, Minority Report, Fifth Element—but it wasn’t enough to satisfy. So, I pulled out my old Buffy DVDs, knowing that she’d never let me down before, and surely she’d fill the paranormal void that waiting for the next book had left inside of me. It didn’t work. I still felt empty, and no amount of movies or TV would satisfy. I needed a book, and my favorite writers weren’t producing fast enough for me. There was only one solution—I had to go Misery on Christine Feehan.

It was while I was lying awake late one night, trying to figure out the best way to kidnap Christine, that a rag tag bunch of characters walked into my head. Don’t get me wrong, I’m used to this happening. Characters often appear out of nowhere and start talking to me—and then they won’t shut up until I’ve written their story. But this was different, these weren’t rom com characters. And they weren’t happy.

“Kidnapping your favorite writer will have to wait,” the leader of the group said as he strode into my mind, pulled up a chair and made himself comfortable. “We need to talk.”

“Who the hell are you?” I said—as you would do, if a stranger suddenly appeared in your head.

“Striker.” He motioned over his shoulder to the men and women behind him. “This is my team. We’re Army Rangers. At least we were, until the damn government betrayed us. They used an experimental weapon on us, and instead of dying we woke up a hundred years later. Do you have any idea how much that can mess with your mind?”

“Nobody gets my jokes anymore,” the huge guy beside him complained. “It’s like Buck Rogers in the twenty-fifth century, only without the satin jumpsuits.”

I held up a hand to stop them. There would be no more talking. I was in the middle of something far more important than their petty problems—I’d run out of reading material.

“I can’t tell you how little I care,” I said. “I have my own problems to deal with. Now get out of my head.”

“This is your problem,” Striker said. “We’re stuck in the future, in a world we don’t understand, and we’re genetic anomalies. As soon as somebody finds out about us, they’ll strap us down and dissect us to see how we tick. We need to know what happened to us and what we can expect for the future. We need help. Your help.”

And I needed the new Nalini Singh book that weekend and not in four months’ time. We didn’t always get what we wanted. “I don’t have time to figure things out for you. Not only am I trying to figure out how to make people produce books faster, but I’m in the middle of writing a rom com, and you guys aren’t rom com material. No offence.”

And they settled in. For weeks they pestered me. Whining about how the world had changed, how everyone was obsessed with implanted microchips, how their weird DNA was driving them nuts, how they’d been forced to turn to smuggling to make a living, and how much they missed cell phones—don’t ask. They were driving me insane and there was only one thing I could think of to stop it. I needed to play matchmaker. If I could set them up with their perfect partners, they’d be too busy getting it on to whine at me. It was a win-win situation.

So, I started with their leader, searching around until I found the perfect match for Striker. Even going so far as to take her to his favorite bar to meet him. And was he pleased? Hell no.

“I’m responsible for my team,” he woke me up at two in the morning to tell me. “This woman is neck deep in trouble. How am I supposed to keep under the radar when she’s around?”

“You’re a big, bad Army Ranger, you’ll figure it out.”

“No.” He shook his head. “She needs to go. Right now. You need to get rid of her before she endangers us all, and I’m going to make myself comfortable in your head until you do it.”

“Say goodbye to sleep,” the asshole said. “Every time you start to nod off, I’ll be here, reminding you of your responsibilities.”

“Look,” I said through gritted teeth. “Just help her out with her problem and this will all work out.”

“Have I ever told you how hard it is to live in the US now that you need imbedded microchips for everything? A guy can’t even get a beer without someone wanting to scan his chips…” And on he went.

I put a pillow over my head, but unfortunately that only works when the voice is coming from the outside of it.

He stood and glared at me. “You’ve got until tomorrow night to get rid of her.”

Then he was gone. Leaving one pissed off writer in his wake. And when a writer is annoyed, she writes. I got out of bed, rearranged my publishing schedule, and opened a file called Striker’s Story, which later became Red Zone. I’m sure there was a slightly deranged grin on my face as I typed, because I didn’t take Friday Jones out of Striker’s life. Instead, I made him suffer along with her until he’d helped her deal with her problems.

It was sweet revenge.

It was also how I became a sci-fi/paranormal romance writer. 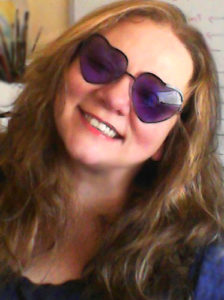 Janet is a Scot who moved to New Zealand fifteen years ago. Among other things, she’s been an artist, a teacher, a security guard at a castle, a magazine editor, and a cleaner in a drop-in center for drug addicts (NOT the best job!). She now writes full-time and, so far, has written eighteen books. When she isn’t living in her head, she raises two kids, one husband, and several random animals. She survives on chocolate and caffeine. 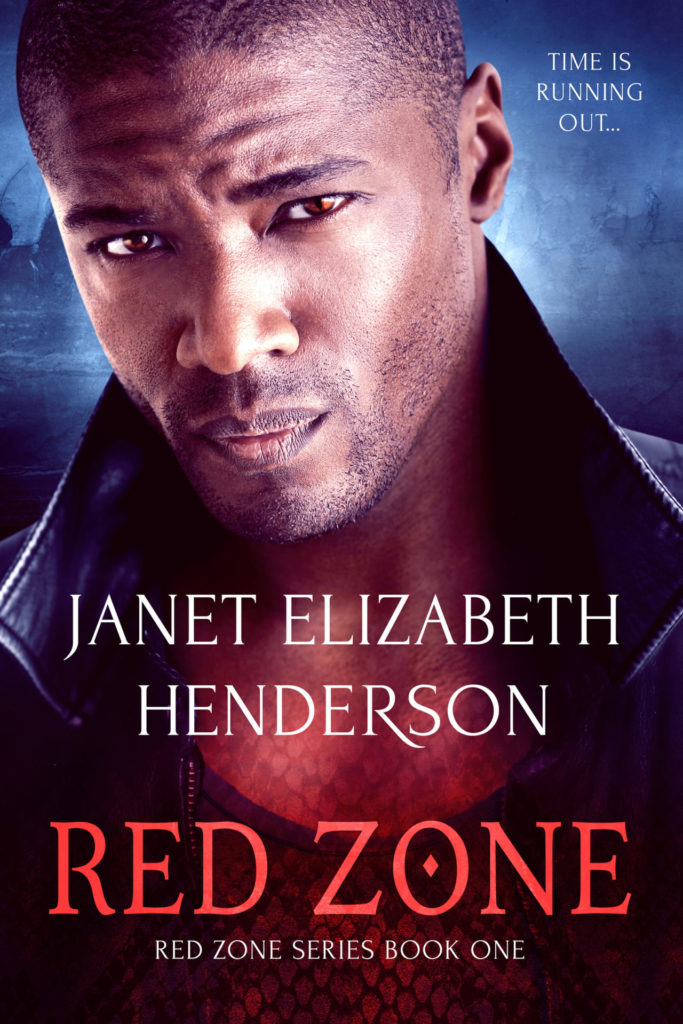 Welcome to the new world. Things have changed just a bit. Big Brother’s not only monitoring important things like what toilet paper you buy––it now has direct access to everything you see thanks to the mandatory implant you get at birth. And Friday Jones has seen something she wishes she hadn’t.

Now she has all kinds of undesirables after her––some to straight up kill her and others who want to steal what’s locked in her head. So, she’ll need the help of a ruthless mercenary, Striker, if she has any chance at survival. That he’s a jerk, who she wants to punch in the face, well…a dying woman sometimes has to make tough choices.

Striker’s special abilities have kept him in the shadows for a reason. He has no interest in getting mixed up with the smart-mouthed, hard-headed women no matter how his body reacts. But then he discovers what’s in her head and all bets are off.

Where Romance and Pop Culture Live Happily Ever After.
All Posts
PrevPrevious5 Questions With: Jenn Bennett, Author of ‘Serious Moonlight’
NextExclusive: Cover Reveal for Best Women’s Erotica of the Year Vol 5!Next