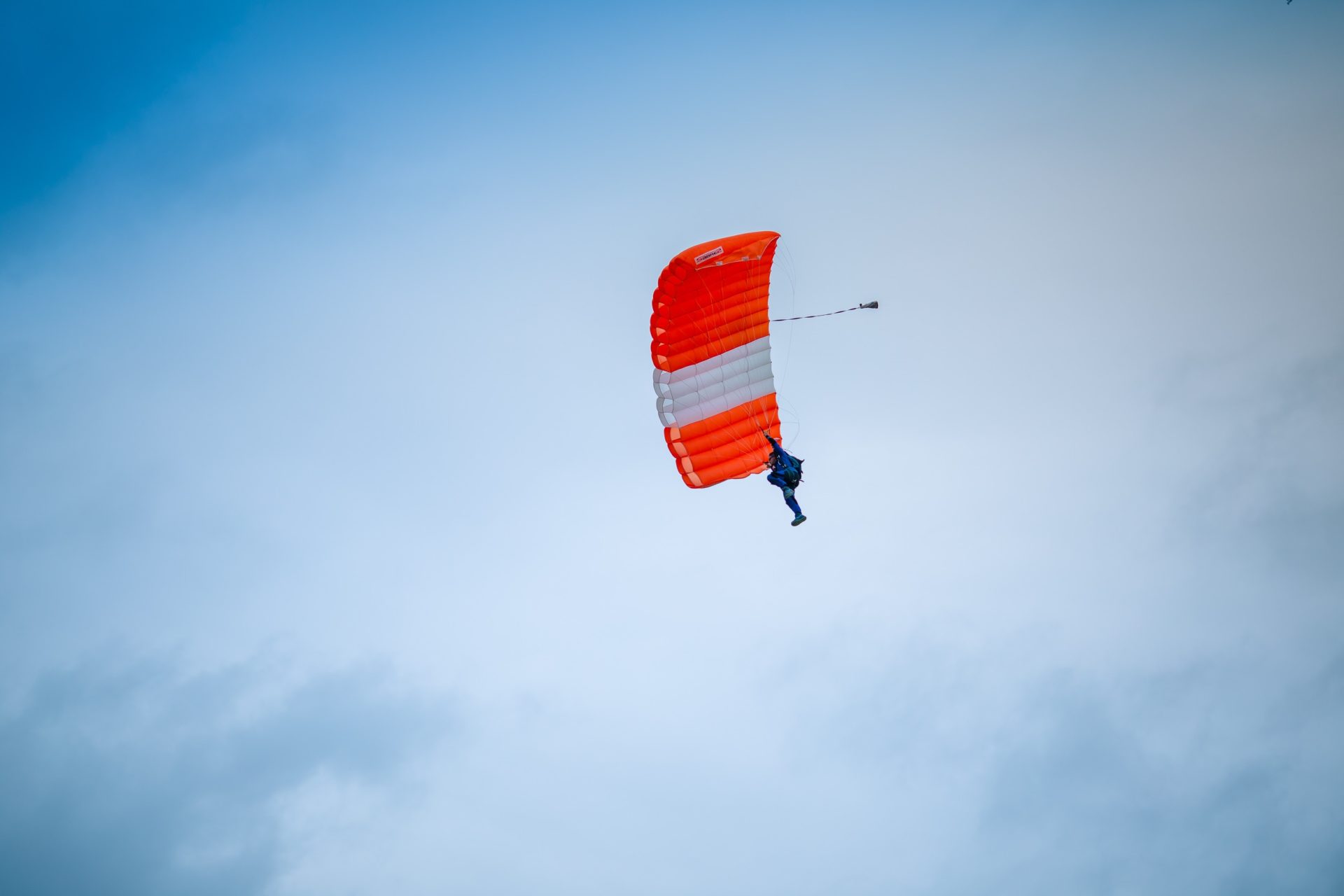 [Note from Frolic: We are so excited to have author Abigail Owen guest post on the site today. Take it away Abigail!]

You never know what life experiences are going to end up in a book. Especially when you write paranormal romance. I mean, how can anyone draw from experience when writing about turning into a dragon? It’s not exactly an ability we humans have access to. In general, this means I’m digging into imagination for most of my descriptions.

I should probably start by sharing the little fact that I’m terrified of heights. I LOVE the mountains, and would live in Estes Park, Colorado, if I could. That said, driving anywhere near a sharp drop (let alone a sheer drop) is my personal form of panic-inducing torture. Planes and flying don’t bother me, but edges do. So do elevators, floating stairs, skyscrapers. Now that I think about it, it’s not the heights that bother me, it’s what I’m going to hit on the way down. (shudder)

So, when I met my college sweetheart, and discovered that he, and ALL his friends, were skydivers, I was immediately like, “No way, pal. Not gonna happen.” Except all they did was talk about skydiving and they spent all weekend–every single weekend–jumping out of planes. And if I even dared to show my face on the drop zone, I was immediately encouraged/asked to try it.

At the time, I didn’t get it. Once I caught the bug, I tell every person that skydiving should be something tried at least once. Anyway, after a few months of this harassment…errr…encouragement, I tried it for my 21st birthday, just to see what all the hype was about.

Skydiving is not a rollercoaster feeling of falling, because there’s no up and down and nothing relative to you to give you that sensation. It’s more like flying and floating at the same time. The most you’d have to be afraid of is a map, because that’s what the world looks like from the air. Still an absolute rush, but it wasn’t the rush I necessarily got caught up with. Once I built some skills and figured out I was pretty decent in the air, gaining confidence, my addiction quickly became the competitions.

After getting my license, I started competing on our collegiate team (usually the only civilian teams competing at Collegiate Nationals each year). After college I joined a semi-pro team for a couple of seasons and even considered moving to one of the bigger drop zones and becoming a DZ bum to try to work my way onto one of the better (and sponsored) civilian teams like Arizona Airspeed. In fact, I even considered joining the Air Force or Army just to aim at being on one of their teams. (When I dream, I dream big.)

I competed in formation skydiving—which is NOT about being pretty. You draw a set of formations from a hat and have to do those over and over. Each formation is a point (in general) and the more points you get in a minute, the better you do. It’s about precision and speed in a 3D situation. I LOVED it. You might find it funny that I never did enjoy sitting by the door of the plane. Something about those edges. You know? My teammates used to tease me and point out that if I fell out I had a parachute and knew what to do with it. All true. Didn’t help any. Lol.

I quit the sport after my first child was born, because they were (and still are) the most important thing to me. Depending on the state of my old body when they go off to college and have (fingers crossed) become self-sufficient, I may take my sport back up. On days with clear blue skies, I still look up and wish I was falling through the air. I miss it.

But guess what? I get to relive it in my books.

That’s where the dragons come in. Because…dragons fly. While I have to imagine most things about dragon shifters—What do they look like? How does shifting work? What does that look like? Where do they live? And so forth—flying is something I don’t have to imagine.

Dragons maneuver in the sky—fly, drop, fall, shoot forward, flip. Sometimes I have humans plummeting, too (including the heroine in The Boss). All that skydiving experience—learning how to be in the air and move in the air, as well as how to do that relative to other people—turned out to be an invaluable resource for these scenes. I can tell you all sorts of things…

How you interact with other bodies in the air. How one little maneuver can pop you up, flip you over, spin you around, or shoot you toward the earth faster. What it smells like (different than you might think). What it feels like against bare skin (that’s a story for another time). What it sounds like when you’re falling (no you can’t hear people talking or even yelling). How beautiful the peace and quiet can be once you’re under canopy (your parachute). The high of the adrenaline in your blood and the crash at the end of the day when you’re all done. And a ton more details that make up some of the best memories of my life.

The Fire’s Edge series, along with Inferno Rising, my spin-off series coming this summer, will total at least 8 books together. That gives me lots of time relive those amazing memories in a unique way. When you read those flying (and plummeting) scenes, I hope you can picture it in your mind, feel the wind rushing over your skin, smell the layers in the air, and the know a little bit that kick of adrenaline.

If you get a chance to try skydiving, I recommend everyone have that experience at least once. Make sure to share with me when you do, so I can live vicariously. 😉 Blue skies!!! 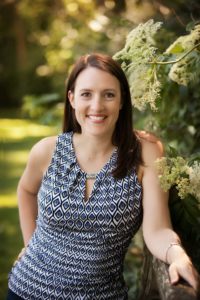 Award-winning paranormal romance author Abigail Owen grew up consuming books and exploring the world through her writing. She loves to write witty, feisty heroines, sexy heroes who deserve them, and a cast of lovable characters to surround them (and maybe get their own stories). She currently resides in Austin, Texas, with her own personal hero, her husband, and their two children, who are growing up way too fast. 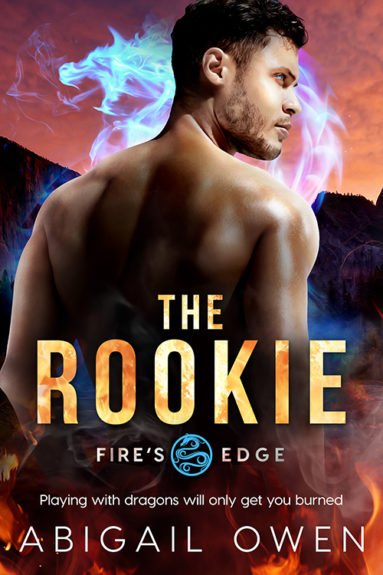 To escape exile, Aidan Paytah has had to prove himself worthy. Every second of every damn day. He fought with everything he had to earn his precarious place on the Huracán team of dragon shifter enforcers. He can’t fail or afford distractions, no matter how temptingly sweet. Total loyalty to the clans and dedication to his team is the only way.

Sera Morrison lost her parents and her husband in short order, leaving her a single mother running her family winery alone. Nothing could ever have prepared her for the discovery that she’s a destined dragon mate. But once she finds out, there’s only one man she wants—the one who walks away.

However, the Alliance Council has its own agenda. They want to use her as a political pawn and force a mating that could ultimately kill her to save the High King. Aidan has no choice but to kidnap her, even if it means their close proximity reinforces their own mating bond. And mating with him could end up being a far worse fate for Sera.…

Where Romance and Pop Culture Live Happily Ever After.
All Posts
PrevPreviousIn Conversation With: Latinx Contemporary Author Janelle Milanes
NextDaily Frolic: Everything you need to know about the lesbian drama ‘Gentleman Jack’Next