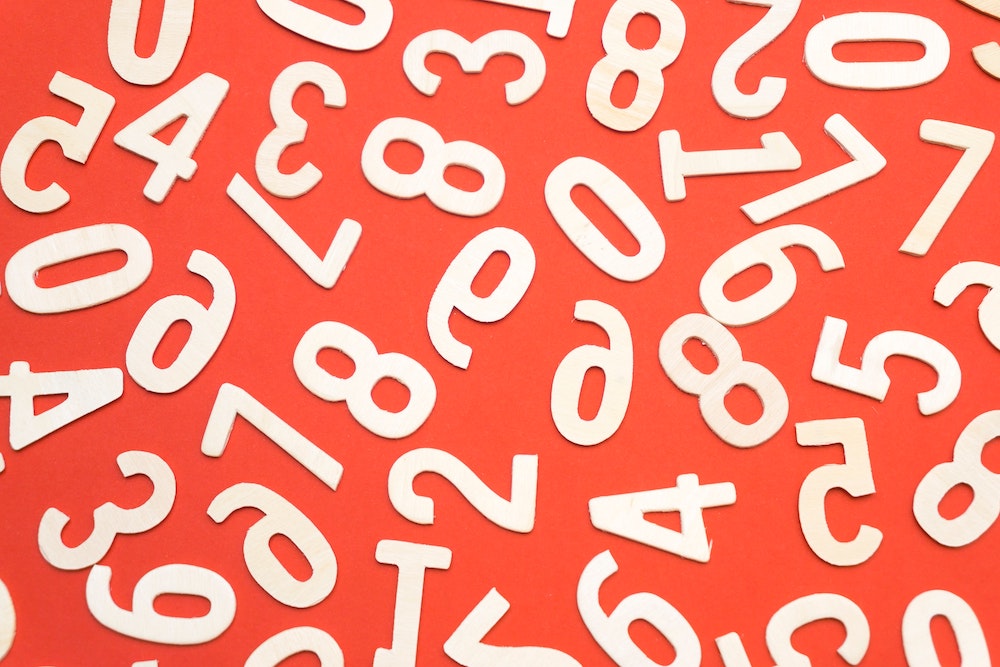 [Note from Frolic: We are so excited to have author Daniela Petrova guest post on the site today. Take it away Daniela!]

I woke up alone on my 40th birthday. The old radiator in my Manhattan studio clanked as steam rushed up the pipes. I reached for my phone on the nightstand and dialed my ex-husband’s number.

“Happy birthday!” I said when Sebastian picked up.

Next, I texted “Happy Birthday” to Andrey, an old boyfriend, preceding my marriage with Sebastian.

I hadn’t set out to date men born on the same day as me. Nor had I intended to be single at 40, with a bunch of failed relationships behind me, including two marriages.

The daughter of high school dropouts who married, had me, then divorced before my mother had turned 20, I was determined not to repeat their mistakes. I was going to graduate high school, meet the man of my dreams and live with him happily ever after. I excelled at my first goal, going to college and even graduate school. But relationships were nothing like solving math problems.

If only there was a formula, an algorithm that would help me find the right partner.

Following my heart was clearly not the answer. My first foray into love had ended with an abusive marriage in my early-20s, leaving me shaken and confused. How could the charming green-eyed man who adored animals and nature and went out of his way to help people, how could he split my lip?

In retrospect, it was easy to see the warning signs. The fact that, at the time, I hadn’t recognized them terrified me.

In the wake of my divorce, I found it hard to trust my instincts. I would meet a nice guy but before long I would start doubting him, myself and our relationship.

Like I did with Andrey, a hot business guy who sang and played guitar. When he mentioned his birthday, I thought for sure he was teasing me so I asked for his driver’s license. It was strangely thrilling to see my own birth date next to his photograph. I’d never met anyone born on the same day as me—let alone someone I was sharing a bed with. But as the excitement of the new relationship began to wear off, I was seized with doubts. The morning phone calls that I’d found endearing early on now worried me. Was his desire to “hear my voice before starting his day” a sign of possessiveness? Was he checking in on me?

No longer willing to rely on my feelings alone, I made extensive pro-and-con lists that only confused me more. How do you ever know if a person is right for you? It seemed easier to figure out when someone wasn’t.

Certain negative traits trumped everything. But I wasn’t delusional; nobody was perfect, myself included. There were plenty of cons I could live with. But how many were too many? If I could only find a golden ratio of positive to negative qualities—a golden mean similar to Da Vinci’s divine proportions—then I would feel safe.

I consulted a happily married friend. She laughed off my mathematical line of inquiry and dismissed the guy I was dating at the time for my very uncertainty. “When you meet the right man,” she said, “you’ll know.” I stared at her disheartened. That’s exactly how I’d ended up married to a brilliant but deeply disturbed and abusive man the first time around. Clearly, love alone wasn’t a reliable barometer of a relationship’s success. Or else we wouldn’t have such a high divorce rate. My friend had simply been one of the lucky ones.

No longer willing to play that lottery, I searched for something concrete I could point to—a personality type, a certain trait, a diploma, a sign on the guy’s forehead if need be—that would confirm that my heart was on the right track this time.

Sebastian and I were on our second date, sitting at a bar in the East Village when the question of birthdays came up. He had strategically cradled my knees with his legs and was leaning forward peering into my eyes as he spoke. The place was dark and dingy, reminiscent of old New York. A bunch of guys were playing pool behind us.

Time seemed to slow as he recited the date of my own birthday. How could it be? It was crazy enough to have already dated a guy with the same birthday. But a second one? What were the chances?

Apparently, the odds are not that low. In a room with 23 people, the chance that two will have the same birthday is higher than 50 percent. Finding another person with the same birthday as a specific person, i.e. you or me, the crowd needs to swell to at least 253. In a city of 8.5 million people that’s a small number. But in the real world, muddy with feelings and emotions, falling in love with a guy who happened to have the same birthday seemed momentous. If the first time I’d found it cool but ignored it, the second time, I couldn’t—wouldn’t—wave my hand and laugh it off as mere coincidence.

It had to be a sign, an omen that Sebastian and I were predestined to be together.

I wasn’t alone in thinking so. Everyone we told about “our” birthday found it remarkable—ours was a union made in heaven.

That kind of thinking might be foolish but the reason for it is perfectly rational. In our endless search for meaning, we humans tend to look for signs to give us comfort in a world full of unknowns. And what greater unknown than embarking on a new relationship?

It was hard not to think that Sebastian and I were meant for each other. We liked the same books, films, and music. We were mad about the outdoors and passionate about politics. Having the same birthday seemed to seal the deal. It was the universe’s stamp of approval I’d been searching for.

I loved the sound of it— our birthday—and would say it all the time in front of people, then wait for the confusion on their faces. “Yes,” I’d say, beaming, “we share the same birthday.” The way we shared an address, a dentist, and an accountant.

And so I ignored our differences. Like our goals for the future, what we expected from each other, how we dealt with hardships.

When we failed to get pregnant, we were shaken but forged ahead, going through grueling fertility treatments, in vitro cycles and two miscarriages. With each loss, we reassured ourselves that we were okay, that the difficulties only strengthened our union. Until they didn’t.

Ten years after that day in the East Village bar, our “made in heaven” relationship dissolved. And so, here I was—twice divorced at the doorstep of my fourth decade. Would I ever have the guts to love again?

Nearly a year later, I’d just started dating a wonderful man when the middle-aged woman sitting across from me at one of the communal tables in Whole Foods revealed herself as a zodiac expert. She rightly guessed my sign—Capricorn—and went on to tell me a bit about my character. Then she asked about my boyfriend’s sign.

When I told her he was Aries, she shook her head. “You’re an old soul,” she said. “while he’s young in spirit. You like reflection; he likes action. His energy will drive you crazy.”

I thanked her then returned to my book, unconcerned. By now I knew there were no guarantees when it came to relationships. Love is not a mathematical problem to be solved. No signs, no stars, no formulas, not even my gut feeling could determine if my new boyfriend and I were right for each other. Only our experience together over time would tell.

We’ve been together now for six years and I can say without a doubt in my heart that I’ve finally found the one.

Daniela Petrova grew up behind the Iron Curtain in Sofia, Bulgaria. She came to the US in her early twenties and earned a BA in Philosophy from Columbia University and an MA in Counseling for Mental Health and Wellness from New York University. She is a recipient of an Artist Fellowship in Writing from the Massachusetts Cultural Council.

Her stories, poems and essays have appeared in many publications, including The New York Times, The Washington Post, Salon, and Marie Claire. Her first novel, Her Daughter’s Mother, is forthcoming from Putnam in June 2019. She lives and writes in New York City. 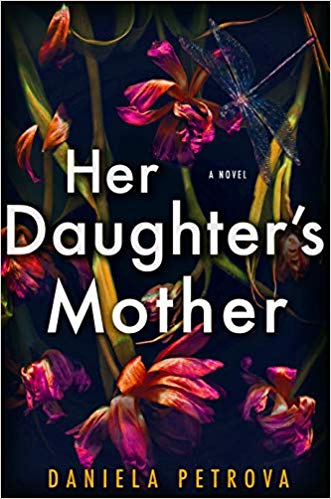 Her Daughter’s Mother by Daniela Petrova

Lana Stone has never considered herself a stalker–until the night she impulsively follows a familiar face through the streets of New York’s Upper West Side. Her target? The “anonymous” egg donor she’d selected through an agency, the one who’s making motherhood possible for her. Hungry to learn more about her, Lana plans only to watch her from a distance. But when circumstances bring them face-to-face, an unexpected friendship is born.

Katya, a student at Columbia, is the yin to Lana’s yang, an impulsive free spirit who lives life at the edge. And for pragmatic Lana, she’s a breath of fresh air and a welcome distraction from her painful breakup with her baby’s father. Then, just as suddenly as Katya entered Lana’s life, she disappears–and Lana might have been the last person to see her before she went missing. Determined to find out what became of the woman to whom she owes so much, Lana digs into Katya’s past, even as the police grow suspicious of her motives. But she’s unprepared for the secrets she unearths, and their power to change everything she thought she knew about those she loves best…

Where Romance and Pop Culture Live Happily Ever After.
All Posts
PrevPrevious5 Things I Learned by Rewatching all 102 Episodes of The Hills by Amy Mason Doan
NextS.C. Megale: Falling in Love, Muscular Dystrophy and Service DogsNext