How This Moonshining Romance Novel Shaped My 2019 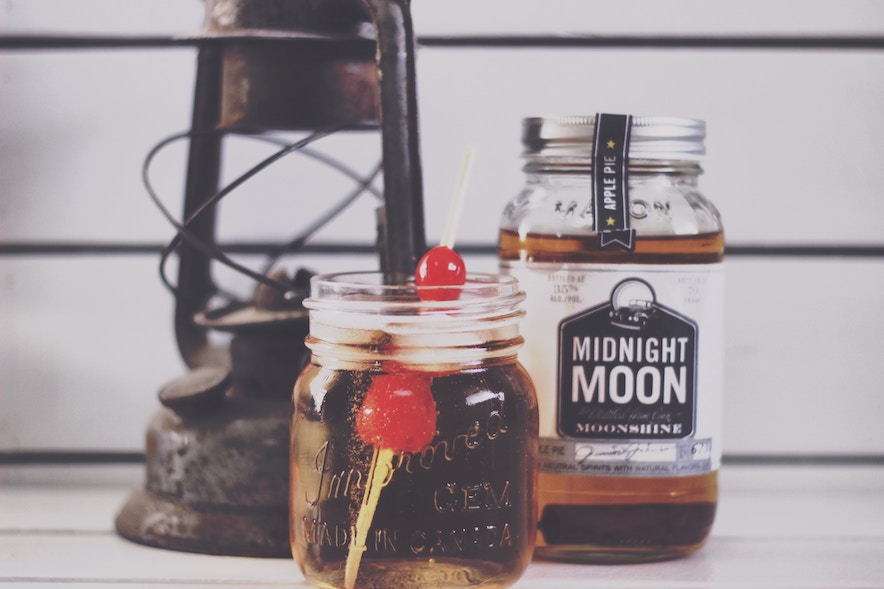 One thing that gives me joy and an escape from reality is romance novels. For 2019, it was a key element for me. An escape from reality, you say? Well, I liked a boy at the beginning of the year, but I found out later on that he didn’t want me as his girlfriend but still wanted to spend time with me. *rolling eyes right now* So you want boyfriend rights but you don’t want to be my boyfriend? No, boy. That’s not how it works. But I haven’t liked someone in a while so I felt like he was going to change his mind. (He didn’t). I slowly began to hate myself for all the things I was doing and how he just didn’t care. And I decided to let it go. One day I was thinking about him and crying. And the next day? I didn’t care anymore.

Whenever I open a romance book, I seem to forget all my problems and focus on the delicious and sweet story being told. Romance novels, like I said, were a key element for me this past year. In my time of need, I was immersed in another story where true love would be victorious. And White Whiskey Bargain was one of those books that shone a light to my life. 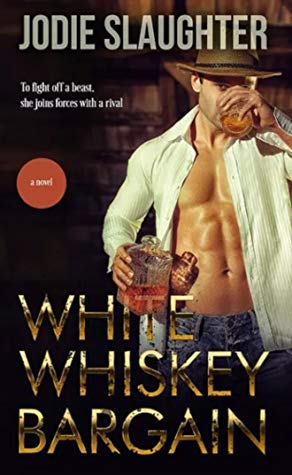 White Whiskey Bargain by Jodie Slaughter tells the story of Hannah Hawkins and Javier Meza. Both of them have moonshining family businesses and they are rivals. But when a new enemy appears, they will have to team up to drive them away and what do they decide to do? Well, they get married. This marriage of convenience is supposed to bring these two families together but Hannah and Javier don’t know a thing about each other. With time this changes. Hannah and Javier find themselves thinking that they aren’t that different and their chemistry is off the charts!

Jodie Slaughter wrote a love story set in Black Appalachia. The setting is as much a part of the story as the main characters. “When I was conceptualizing White Whiskey Bargain, I knew immediately that I wanted Black and Brown Appalachians to be at the forefront,” Jodie says to SmexyBooks. When it comes to Appalachia, people often forget and erase Black people from the history of this place. What Slaughter does in her novel is putting them in the spotlight and showing that Black Appalachia really exists. When you’re reading the book, it feels like you were there with them. Not many books do that; leaving you a place inside your head after turning the last page.

When it comes to the characters, Hannah and Javier were a great pair. Getting to know them and see them grow before my eyes, I wish I could do it over again for the first time. Slaughter gave us fully developed people with so much depth inside them. Hannah, still mourning her mother, has to take care of her business now. She has to become the leader her mother was. But she has to learn, in the process, to do it her own way. Maybe the way one person does a task or lives their life works for them, but when you try and do it for yourself it doesn’t work how you thought it would. To see Hannah, you realize that you have to find an approach that serves you and no one else. All the trials and errors you encounter along the way will help you turn into the person you are meant to be. In the midst of my broken-hearted life, Hannah showed me how to shape myself into a person I will like at the end of it all.

Then there is Javier. The sweetest guy who only wants to see his wife succeed. Even though he’s the son of one of the biggest moonshining makers, he isn’t the mean, jerk hero I thought he would be before starting the novel. He’s the guy ready to risk it all for his other half. The one who cooks for them, the one who takes care of them when they’re sick. I saw in him what I wanted and craved my significant other have those traits. The tiny things are the ones that tell you it’s real. And Javier shows you perfectly that the love he feels for Hannah is 100% genuine. Slaughter wrote a hero that squeezed my heart and told me everything was going to be okay.

Another thing that stayed with me throughout this novel is the Mexican representation. Javier comes from a Mexican-American family. You see the bond they have and how they all work perfectly together. I identify, as a Mexican reader, with his family and the dynamic between them. I saw my mother and my father, in his parents and it just made me love them even more. I saw it in the culture; in the typical food shown in the novel, when Javier went to his abuelita’s favorite Mexican grocery store, Slaughter gave me a piece of something dear to me.

After I let go, life brought me someone who brings me happiness and constant smiles. I thought I was never going to like someone else again, but I learned that special people come into your life unexpectedly. And this new person did just that. He wants me to go for my dreams and asks me how I am every single day. The small actions, I tell you. White Whiskey Bargain brought a new light to my life and showed me the things that really mattered. It’s also really romantic and it has an “only one bed” trope that made me weak in the knees!

Hi, I'm Sil! 21. Mexico. she/her pronouns. I am the owner of the book blog, The Book Voyagers, where I blog and review books. Mainly, I focus on recommending and reviewing diverse books written by marginalized authors. You might also know me for doing book aesthetics and just shouting in capital letters about new books releasing. I'm a big fan of Adult Romance, but I also love Young Adult especially contemporary fiction and fantasy.
All Posts
PrevPreviousExclusive: Book Trailer for You’re The One by Layla Hagen
NextJanuary Horoscopes and Book Recs!Next