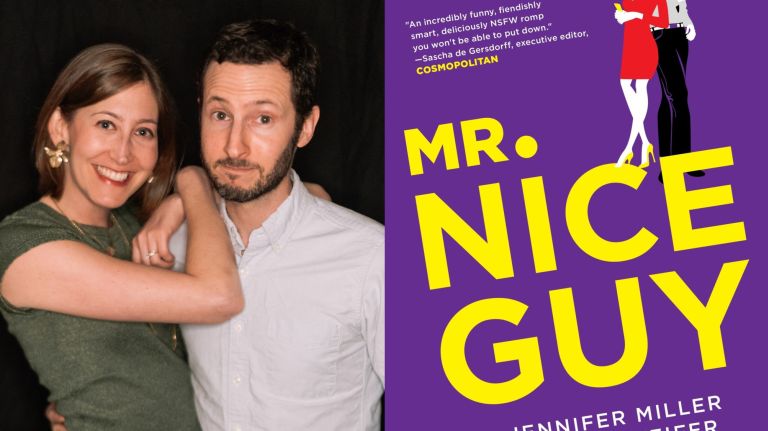 What would happen if two people slept together, and then were totally, brutally honest about the sex? That’s what authors Jennifer Miller and Jason Feifer explore in their new novel Mr. Nice Guy, which is about two people who sleep together each week and then critically review each other’s sexual performance in a magazine. And Miller and Feifer aren’t just writing partners: They’re also married. Which means that a married couple (who has sex!) wrote a book about last night’s sex.

So the question is: How in the world are these two still married?

To answer that question, we asked them to interview each other about their new book.

Here, they share all about how it went down. 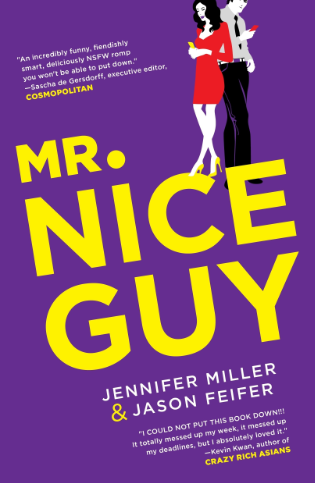 Jen: So Jason, we wrote this novel together but you were the one that came up with the idea. Where did Mr. Nice Guy begin?

Jason: It happened long before we met, and began with an email I got. I’m a journalist by trade, and maybe 15 years ago, a young sex columnist had stumbled upon some freelance articles I’d written about dating. She reached out to me for advice on how to pitch stories.

Jen: And the back and forth between you guys got… sexy?

Jason: No! Not at all. It was completely professional. But writing back and forth with this sex columnist gave me the idea for a story: What if two people had sex every week and then wrote about it like a movie review?

Jen: Care to share what was 5% rotten about it?

Jason: I sure don’t! But Jen, I told you about this idea many times, and you always encouraged me to write the novel myself. I tried and tried, but just couldn’t make it work. Then you suggested we write it together. Why?

Jen: Because I didn’t think I could write the columns! The story is about two columnists, and you always imagined that the actual columns they write would be in the book. I’ve written two prior novels, so I knew I could develop the characters and write the scenes, but the columns just weren’t my skillset. And yet, you have a lot of experience writing columns for magazines. So I saw a perfect pairing: We could plot it out together, and then write to our strengths.

Jason: I’m really glad you thought that way, because honestly, I was ready to just let go of the idea. I’d had it for so long, and really loved it, but just couldn’t imagine how it would ever come together. But it just goes to show: If you don’t know how to do something, marry someone who does.

Jen: I’m glad to be of service! So, let’s talk a little about what happens in this book. That was really our first task, as we plotted it out: We knew two characters would end up in this weird sexual relationship, but we had to figure out how.

Jason: Yeah, all I knew was that I wanted the male character to have gotten out of a long-term relationship and have just moved to New York—which was basically my personal story.

Jason: Write what you know, right? So we created a setup where Lucas—a young, ambitious, sexually naïve upstart—breaks up with his fiancé and moves to New York, and gets an entry-level job at a magazine here. Early on, he goes to a bar and takes a beautiful woman home. It’s his first-ever one-night-stand, and he has the best sex of his life. But then a few weeks later he opens up his own magazine to discover that he has actually slept with the sex columnist at his own magazine! And she eviscerated him.

Jen: And that’s how we meet Carmen Kelly, our sexually experienced, very jaded, and notorious sex columnist. Lucas writes a rebuttal to her column, the magazine publishes it, and the back-and-forth turns into a giant spectacle.

Jason: So would you say that honesty in the bedroom isn’t always the best policy?

Jen: It’s all about the approach. Openness is good. Honesty is too, so long as you’re not making your partner defensive. I think it’s really all about making sure you and your partner trust each other. You and I had to be super honest with each other while writing this book, and I think that made our marriage and relationship stronger. We also put a lot of that stuff into the story.

Jason: It’s a good thing nobody will be able to tell fact from fiction! I think we were really lucky to have this book project, actually. It kept giving us a reason to talk about sex. Without something like that, I’d really recommend that couples find some other way to regularly prompt that conversation—whether it’s watching a show, listening to a podcast, or, hell, reading this book together!

Jen: Totally—we’ve already had a few couples tell us they read it together, which was really awesome. So, Jason, final question: What sexy thing did we include in the book, but haven’t actually done in real life, but totally should?

Jen: Ha! Yes. There’s a very messy scene with a lot of desserts. We should make that a reality sometime. 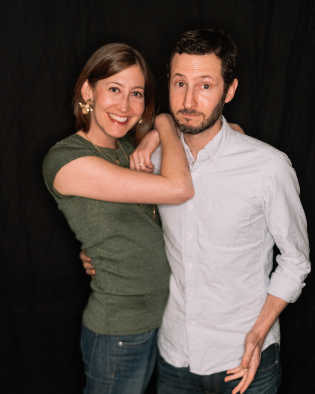 Where Romance and Pop Culture Live Happily Ever After.
All Posts
PrevPreviousTrope Rec Tuesday: Score With These Sports Romances
NextMeet Mr. & Mrs X: the X-Men’s Gambit and RogueNext