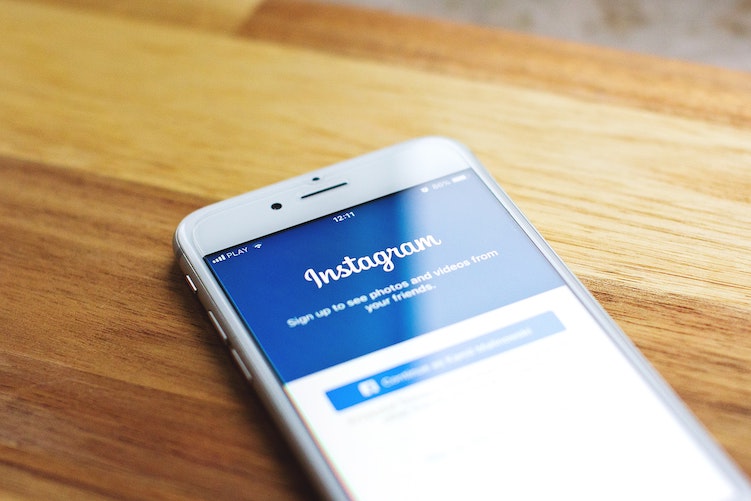 [Note from Frolic: Today, we welcome author Hannah Orenstein to the site. Take it away, Hannah!]

Two months before the first draft of my novel Head Over Heels was due to my editor, I stood on a street corner in New York’s Meatpacking District, chest heaving, attempting to catch my breath. After spending Labor Day Weekend upstate on a lake with friends, I was running (literally) from the train station to a literary salon, where I was scheduled to perform. I had crammed in a writing session on the Amtrak, where I hammered out just over a thousand words. But I needed to write another 26,000 words before my draft would be complete. I barely had time to take a weekend off with my friends and make it to this event — how would I have time to finish this novel?

When I had started writing Head Over Heels, a rom-com set in the world of Olympic gymnastics, I was confident I could meet my Halloween deadline. I had written two novels before (both 80,000 words), and I had written the bulk of my second book in just four-and-half months on top of doing my day job. I did a little math: as long as I wrote 2,931 words a week, I’d be just fine. Easy peasy. I could do this. Right?

But in April, I started experiencing health issues that made it nearly impossible to focus on writing, and I fell 3,000 words behind. In May, I was distracted by my move between apartments, and I fell more than 4,000 words behind. I worked furiously hard over the summer to catch up, but when I spent the entire month of August focused on the launch of my second novel, Love at First Like, I fell behind again. An extension would be impossible; I was on a tight schedule in order to have the book’s publication date coincide with the 2020 Summer Olympics. (You know what people say about the best-laid plans.)

So, there I was — just after Labor Day, darting across the city to an event I probably shouldn’t have tried to squeeze into my schedule. As I approached the venue for the lit salon, I made an impulsive post on my Instagram Story: I shared how many words I had written that day (1,166) and how many words the manuscript had in total thus far (54,413). I pledged to update my 8,000 Instagram followers every single time I sat down to write, whether I churned out thousands of words or only managed to write 50. My intent was to hold myself very publicly accountable until I had a finished draft.

At first, the pressure of publicly sharing my progress was intimidating. The first three days I shared my word count, I hit 664 words, 745 words, and 439 words respectively — not too shabby, but not nearly enough to chip away at my goal. I took pride in building my career as an author, and I felt embarrassed that my followers would see me struggling to stay on track. I didn’t want to let anyone down: not myself, not my editor, not my readers. 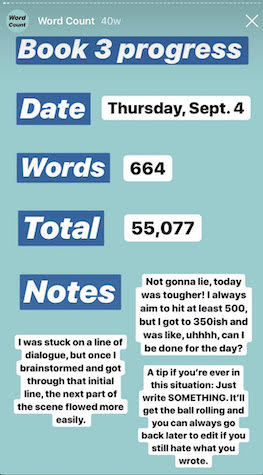 With the pressure fully on, I churned out nearly five thousand words that weekend. I was back! By the end of September, I was even a few hundred words ahead of my goal. For the first time in months, I felt confident that I could finish this book on time.

Posting my word count on Instagram didn’t just hold me publicly accountable. It also meant that readers could follow along in real-time as my book came to life. In response to my Stories, I received countless messages of support. I’m so grateful to everyone who sent praise, encouraging words, and confetti emojis. It made me feel as if this book was bigger than just me — it seemed like there was a community of writers and book lovers rallying behind me as I worked toward the finish line. 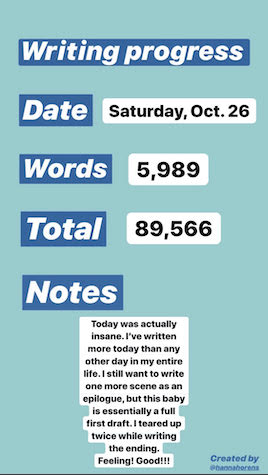 On October 26, I finished the first draft of my novel. I was five days ahead of schedule and had written 89,566 words — nearly ten thousand more than I expected. Finally! I knew the book still had a long way to go, but you can’t edit a draft that doesn’t exist. I had to get the words down on paper before I could attempt to polish them into a finished product. With renewed confidence in my work ethic, I knew I’d be able to do whatever I needed to make the book shine.

In the weeks leading up to the publication of Head Over Heels, I’ve kept sharing updates with my followers. Instead of posting word count updates, I’m sharing early reviews from bookstagrammers and some very kind press from publications including O, The Oprah Magazine, Cosmopolitan, Marie Claire, and more. I’m glad I was open about how stressed and nervous I felt while writing this book, because it makes celebrating Head Over Heels’ success even sweeter. 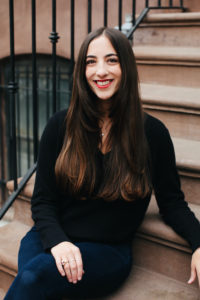 Hannah Orenstein is the senior dating editor at Elite Daily and the author of three novels.

She has written for the Washington Post, Cosmopolitan, Marie Claire,  Refinery29, BuzzFeed, and Bustle. Her work has been featured in the Boston Globe, the New York Post, The Cut, Us Weekly,  and many more.

She’s a speaker and panelist,  appearing on BuzzFeed’s AM2DM, Cheddar, HLN, Fox, Bold TV, Sirius XM radio shows You Up w/ Nikki Glaser, At Least You Woke Up with Jill Kargman, The Michelle Collins Show,   Her Conference, Jewish Women International, the JCC, and many more.

Previously, Hannah was an editor at Seventeen.com. At 21, she became the youngest matchmaker at a top dating service. She lives in Brooklyn. 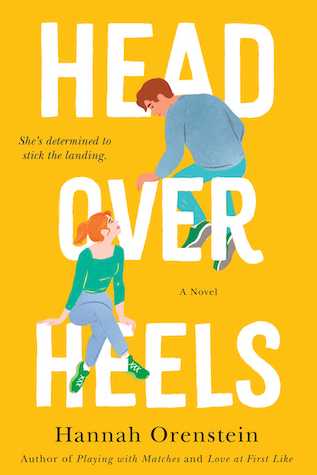 Head Over Heels by Hannah Orenstein out now!

The past seven years have been hard on Avery Abrams: After training her entire life to make the Olympic gymnastics team, a disastrous performance ended her athletic career for good. Her best friend and teammate, Jasmine, went on to become an Olympic champion, then committed the ultimate betrayal by marrying their emotionally abusive coach, Dimitri.

Now, reeling from a breakup with her football star boyfriend, Avery returns to her Massachusetts hometown, where new coach Ryan asks her to help him train a promising young gymnast with Olympic aspirations. Despite her misgivings and worries about the memories it will evoke, Avery agrees. Back in the gym, she’s surprised to find sparks flying with Ryan. But when a shocking scandal in the gymnastics world breaks, it has shattering effects not only for the sport but also for Avery and her old friend Jasmine.

Where Romance and Pop Culture Live Happily Ever After.
All Posts
PrevPreviousTrope Rec Tuesday: The Romance Books Perfect for Summer
NextDaily Frolic: The Order Season 2 is Now on NetflixNext