If Rom Coms were More Realistic by Bethany Turner 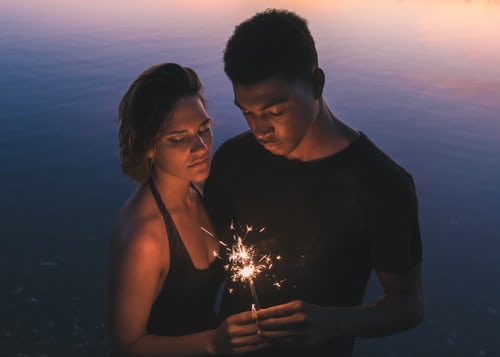 [Note from Frolic: We’re so excited to welcome author Bethany Turner to the site today. She’s taking a look at how our favorite rom coms might have looked if they were a tad more realistic. Take it away, Bethany!]

As an author of romantic comedy, one thing I never have to think about is whether or not my lead characters are going to end up together. Of course they are. No matter where they start out at Point A, Point B will always involve a super swoony kiss and a happily ever after. But getting them from Point A to Point B is the fun part. (Point B is also the fun part. Super swoony kisses are always the fun part.)

At Point A.1, they may shout horrible things at each other on the set of a cooking show. (Yes, that’s a very specific example, but I am promoting a book about chefs. What’s a girl to do?) At Point A.4, they may look into each other’s eyes just a little too long and see a depth they never noticed before. Somewhere around Point A.7 (ah…A.7 is my favorite) they may almost kiss, but then one of them may discover that the other lied about something and betrayed the fragile trust that was beginning to develop between them.

All sorts of things happen between Point A and Point B, and it’s those things along the way that make us fall in love with certain stories. Nevertheless, sometimes readers state that they wish the characters had gotten from Point A to Point B in a more direct way. Some readers wish the path to love had been straight and direct. Readers sometimes say things like, “I wish they’d just had a conversation in the beginning. It was so unrealistic.”

Unrealistic? Hmm. Yes, I suppose that’s sometimes true. Life does not often play out like our favorite rom-coms. More often than not, we don’t overhear the man we love on the phone, take something he says out of context, and immediately flee to Greece to meet up with our stud of a boss (who is rich and has always had a thing for us) for a short-lived attempt at happiness—until the man we love chases us down, explains everything, and shoves the recently-revealed-to-be-a-jerk boss into an infinity pool. (That was also a very specific example. It was just off the top of my head, but still…the boss should definitely be played by Dermot Mulroney.)

Sure, real life doesn’t work that way, but that is exactly how I want my romantic comedies to work. I want my couple to go through a lot for their happily ever after. I want them to earn that swoony kiss.

But, for the benefit of those who want their rom-coms to be more realistic, I thought it would be fun to look at how four classic romantic comedy films might have played out in real life. This is how they might have looked if the journey from Point A to Point B had been a straight line. (Although, in these four cases…I doubt we ever would have gotten to Point B at all.) 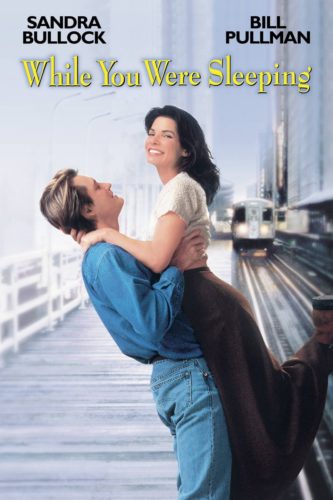 While You Were Sleeping

Lucy Moderatz, a transit authority employee, harbors a silent crush on frequent train-rider Peter Callahan. When Peter is mugged, Lucy rushes to his aid, pulling him from the tracks just before the arrival of a train. (It’s fast. It’s an express.) Lucy calls 911 and Peter is rushed to the hospital—while Lucy stays behind, is questioned by police, and returns to work. After Peter awakens from his coma, with no memory of Lucy saving his life, he begins driving his car to work every day. Lucy never gets a stamp in her passport. 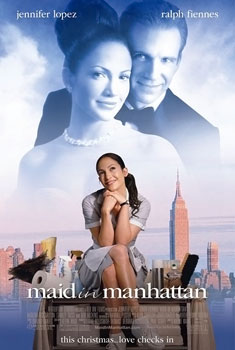 Hotel maid Marisa Ventura gives in to temptation and tries on a guest’s Dolce & Gabbana coat. Meanwhile, Marisa’s young son befriends senatorial candidate Chris Marshall, and asks to accompany him while he walks his dog. Needing the boy’s mother’s permission, they find Marisa who, wearing the coat, appears to be a rich guest, and not a maid. Chris asks Marisa to accompany them on their walk, but Marisa—realizing that a) she can’t go out in the coat or she’ll get caught and b) it’s a little weird that a grown man wants a kid he just met to accompany him on a dog walk—tells Chris she’s a maid at the hotel and begs him not to report her for trying on the coat. He agrees to stay quiet in exchange for her not telling the tabloids that he hit on a random maid in a hotel room. 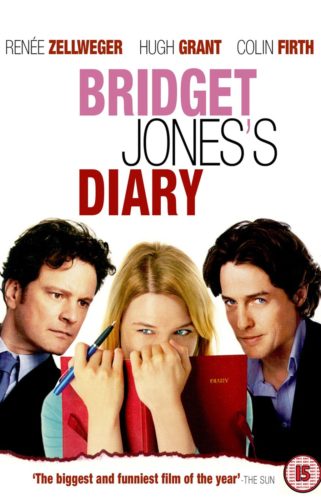 Bridget Jones meets Mark Darcy at her parents’ turkey curry buffet and finds him attractive—apart from his ridiculous reindeer jumper. Well, that and his haughty attitude. When she confronts him about both, he acknowledges that his mother bought him the sweater and he’s only wearing it to be a good son. As for the pomposity, he apologizes and explains that his wife recently ran off with his former best friend, Daniel Cleaver. Bridget is shocked to learn this information about Daniel Cleaver—her hot boss she had dreamed of dating. But, no more! Mark apologizes one last time and Bridget assures him he needn’t worry about it…but that he should never wear that sweater again. They laugh together, wish each other merry Christmas, and obviously never see each other again, because they have absolutely nothing in common. 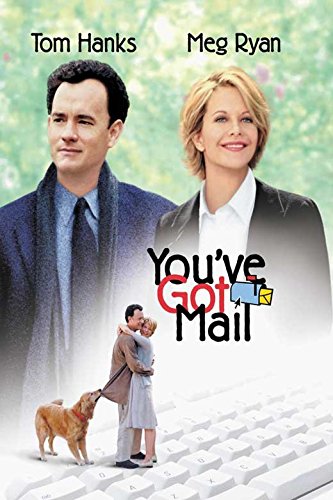 After months of chatting in AOL Instant Messenger, Shopgirl and NY152 decide to put it all on the line and take their online friendship to the next level—by telling each other their real names. They quickly realize that as Kathleen Kelly and Joe Fox they are business rivals, and Joe’s Fox Books is about to put Kathleen’s bookstore out of business. Though their blossoming relationship is ruined by the revelation, Joe’s fondness for Kathleen causes him to make a generous offer to buy her out. Having never heard the term “go to the mattresses,” Kathleen accepts the offer, opens a new Shop Around the Corner in SoHo, and swears off the internet until Myspace comes along.

Bethany Turner is the award-winning author of The Secret Life of Sarah Hollenbeck and Wooing Cadie McCaffrey and the director of administration for Rock Springs Church in Southwest Colorado. A former bank executive and a three-time cancer survivor (all before she turned 35), Bethany knows that when God has plans for your life, it doesn’t matter what anyone else has to say. Because of that, she’s chosen to follow his call to write. She lives with her husband and their two sons in Colorado, where she writes for a new generation of readers who crave fiction that tackles the thorny issues of life with humor and insight.

Hadley Beckett’s Next Dish by Bethany Turner, out now!

Celebrity chef Maxwell Cavanagh is known for many things: his multiple Michelin stars, his top-rated Culinary Channel show To the Max, and most of all his horrible temper. Hadley Beckett, host of the Culinary Channel’s other top-rated show, At Home with Hadley, is beloved for her Southern charm and for making her viewers feel like family.

When Max experiences a very public temper tantrum, he’s sent packing to get his life in order. When he returns, career in shambles, his only chance to get back on TV and in the public’s good graces is to work alongside Hadley.

As these polar-opposite celeb chefs begin to peel away the layers of public persona and reputation, they will not only discover the key ingredients for getting along, but also learn the secret recipe for unexpected forgiveness . . . and maybe even love. In the meantime, hide the knives.

Fan-favorite Bethany Turner serves up a heaping helping of humor and romance with this thoroughly modern story centered on cooking, enemies, and second chances.

Where Romance and Pop Culture Live Happily Ever After.
All Posts
PrevPreviousExclusive: Exquisitely Yours by M. Jay Granberry Cover Reveal
NextTrope Rec Tuesday: I Think I Fell in Love With My CoworkerNext