If You Love Horror Films, You Need to Read Mexican Gothic 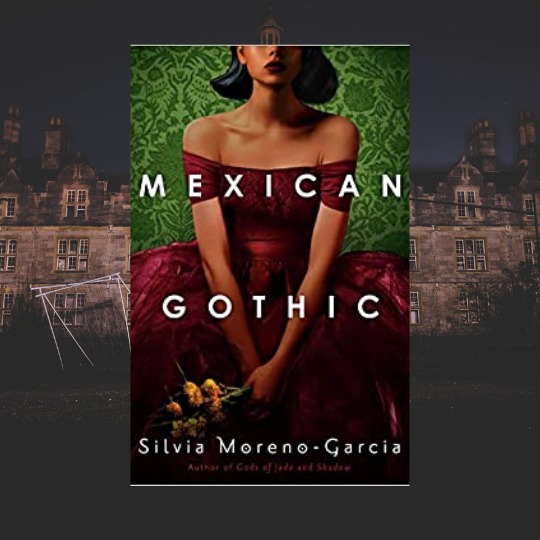 Who isn’t in the mood for a good old fashioned horror flick now and then? Just kidding, we know that jump scares aren’t everyone’s cup of tea. Normally, we like to stick to sunlight-filled HEA’s, but every now and then, we crave something a little darker. Luckily, our next favorite horror novel is here: Mexican Gothic by Silvia Moreno-Garcia.

Mexican Gothic follows Noemí, a 1950s socialite from Mexico City who spends her days studying anthropology and her evenings at the hottest dance clubs. We love how much Noemí loves her city, and it’s fascinating to watch this fish out of water as she adjusts to life in a haunted, dilapidated mansion far away in the Hidalgo countryside.

The story kicks off when Noemí’s father receives a disturbing letter from Catalina, Noemí’s cousin who’s just married a mysterious Englishman. The letter is nonsensical and rambling, with claims of ghosts, poison, and more. Concerned, Noemí sets off to investigate whether or not her usually stable cousin has gone off the rails.

When Noemí arrives at the residence, a run-down mansion called High House, she’s intimidated and overwhelmed by the gloomy ambiance. It’s run by servants who don’t say much, and there are dozens of odd rules Noemí must follow – or else.

Author Moreno-Garcia does an excellent job of immersing us in the story and making the reader feel locked inside the damp manor or lost in the fog of the cemetery. The setting is gloom, glamour and gothic – everything we want out of a horror.

If you like your creepy stories with a shot of romance, you’re in luck there, too! We won’t spoil too much, but trust us: if you go into this book looking for love, you won’t be disappointed.

What are you waiting for? Get lost in the spooky world of Mexican Gothic.

Where Romance and Pop Culture Live Happily Ever After.
All Posts
PrevPreviousExclusive: Like Home by Louisa Onomé Cover Reveal and Excerpt
NextRomancetagram Real-Talk with @RemarkablylisaNext