In Conversation With: Elizabeth SaFleur, Author of ‘Fearless’ 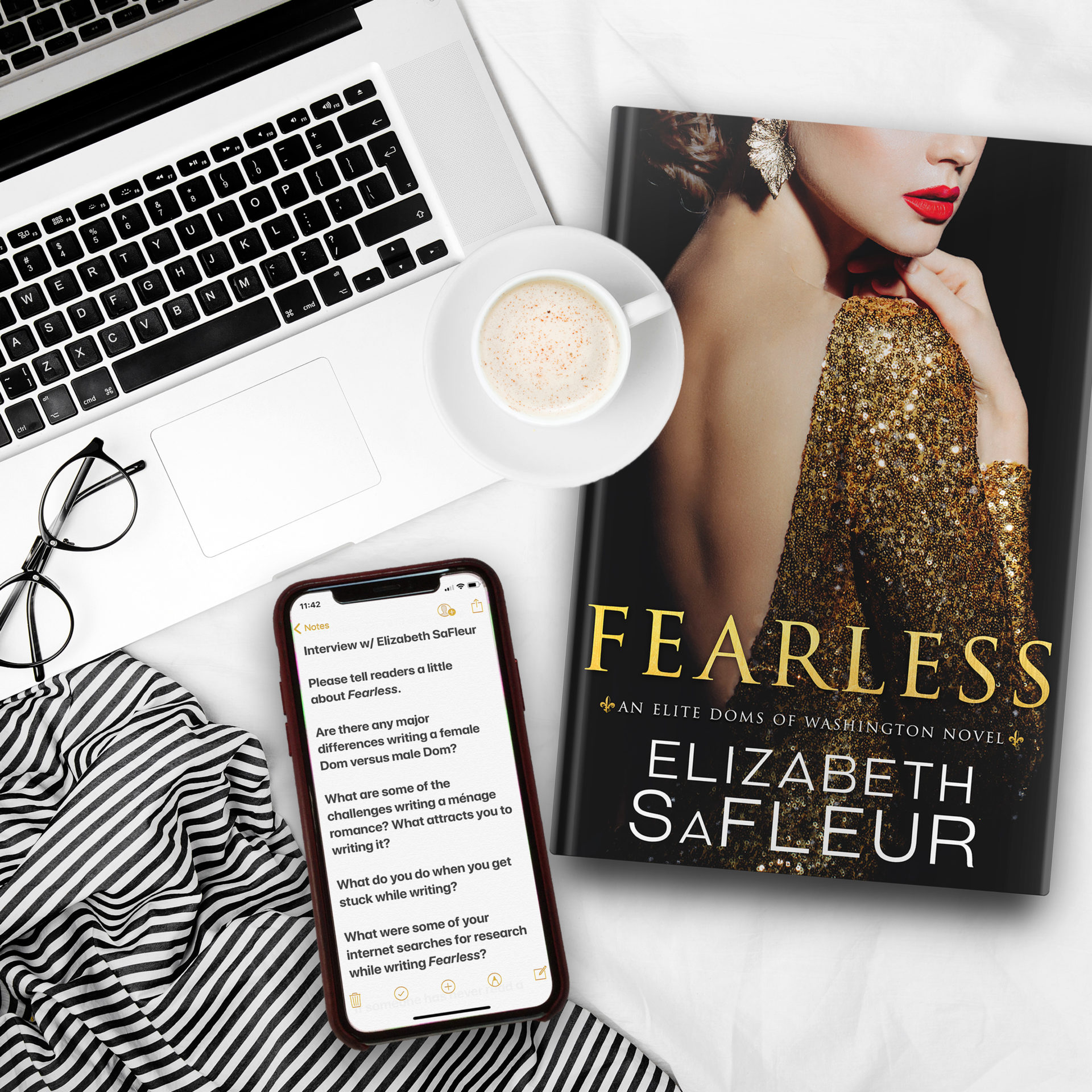 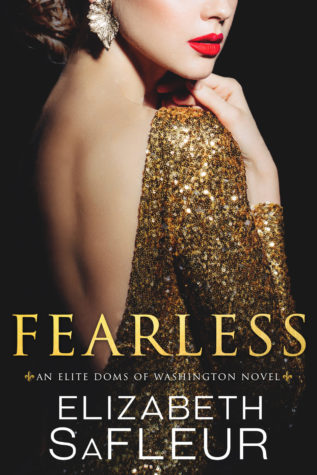 Sarah’s life of discipline and rigid control is nearly shattered by two men—one who wishes to submit to her, the other who might break her.

Sarah Marillioux fled back to DC after a weekend of reckless, delicious, impetuous passion in London with another Dominant, Steffan Vidar. Two years later, Sarah has re-established her life of discipline and rigid control until Steffan reappears to threaten her status quo of relegating all romantic encounters to a dungeon. He’s moved to DC and, with him, is Laurent Chacon, Steffan’s angelic submissive–a mixture of masculine strength and aching vulnerability. Together they will bring her carefully constructed world crashing down around her. It would almost be worth it to have Laurent. The problem is, she’d have to take Steffan, too.

Mary: Welcome to Frolic, Elizabeth! I’m excited to chat with you about Fearless. Please tell readers a little about it.

Elizabeth: Hello! Thank you for having me stop by. Fearless is the story of Sarah, a woman who seems to have her life together but has yet to let go of a past tragedy. I knew love could heal her—as it heals so many things—but it would take more than one man to do it. Sarah’s story was born to be a ménage, but the question—can two Dominants ever “couple?” —arose immediately when another Dominant, Steffan, stepped into the picture. Or, should I write, barreled in? The second Sarah started “talking” to me, Steffan just showed up! Readers can expect some serious pushback and fireworks on the way to true love. It also turns out Sarah isn’t the only one with a tragic past.

Mary: Are there any major differences writing a female Dom versus male Dom?

Elizabeth: Yes and no. They both are governed by a bone-deep need for control, but female Dominants tend to be a bit more complex in their make-up, especially when drawing them in fiction. If you don’t show the depth and breadth of their natural, complicated emotional landscape, they can come off as a caricature (cat suit and whip anyone?). That’s not to say male Doms aren’t emotional, but I find they handle things differently probably because in real life, men and women often have different expectations put on them. Though we should be treated equally we are different. (Thank goodness.) Male dominance still, to this day, is more accepted—or should I say expected? When a female Dominant shows up, not everyone gets with the program as readily—at least that’s what I’ve found in both real life and fiction. That naturally tweaks the story a bit.

Mary: What are some of the challenges writing a ménage romance? What attracts you to writing it?

Elizabeth: Writing a ménage has unique challenges. For one, anatomy. My greatest fear was some errant body part would end up on the wrong person or something wasn’t physically possible. My imagination got quite a workout during certain, ahem, scenes. Six hands had to be placed, six legs, and two … well, you know what I mean. 😉

Also, you’re telling multiple stories—three back stories, three story ARCs, and in Fearless, three points of view. They often wrestle for “screen time,” and in the end you have to select the point of view that works for the story.

Mary: What do you do when you get stuck while writing?

Elizabeth: There are three things I turn to when writing blocks arise. First, my furry child, a Westie named Callum, and I walk in the woods behind my house.  He’s not a lot of help with words, but he’s a great companion, and there’s something about convening with trees that recharges my brain. If that doesn’t work, my writing besties are always up for hashing out anything. Lastly, getting in the car and driving somewhere is a sure fire way to have my characters suddenly turn chatty. I can’t begin to tell you how many times I’ve picked up my phone and said “Siri, take a note!” I can tell you what doesn’t work—wine. It feels good but is rubbish for getting words down on paper no matter what Hemingway said.

Mary: What were some of your internet searches for research while writing Fearless?

Mary: If someone has never read a ménage romance, is there a book you’d recommend as an introduction to the subgenre? What are some of your favorites?

Elizabeth: Oh, so many! Naughty Wishes by Joey W. Hill and Their Virgin Captive (Masters of Ménage #1) by Shayla Black and Lexi Blake are two that come to mind.

Mary: Tell us some of your favorite books that you’ve read in the last year and an adjective to describe each.

Elizabeth: Okay, I will *try* to stick to one word!

Elizabeth: The final, full-length book of the Elite Doms of Washington series, Invincible, is next. This is Alexander Rockingham’s story. This silver fox is like the patriarch of the Elite Doms. Readers have been asking for his story for a few years, and I’m happy to report Alexander is finally willing—and eager—to tell his complicated life story. His life has been so full and so empty at the same time, and it has me alternatively crying and laughing with every scene.

After that, we move into the world of burlesque and gangsters with the Shakedown Series. I’ve danced burlesque for a few years now with a semi-pro dance troupe (that means we only perform a few times a year) and it was time to delve more into that world. It’ll be hot. I promise!

Meet the heroines who take charge in the Justice Series, her Femme Domme romance books

Many of her books were inspired from her thirty years as a PR practitioner in and around Washington, DC. She writes, tweets and posts under a pseudonym since her business clients might be (WOULD be) shocked at her new career choice.

Mary Dubé is a displaced Texan, former burrito roller and retired number cruncher now living and reading in sunny California. When she’s not adding to her keeper shelf, she can be found teaching indoor cycling, bookstagramming, volunteering and pretending not to hoover over her teenager.
All Posts
PrevPrevious6 Things You Don’t Know About the Oscars by Daniela Petrova
NextA Sweet Treat, PB Cookies, from Author Katee Robert!Next